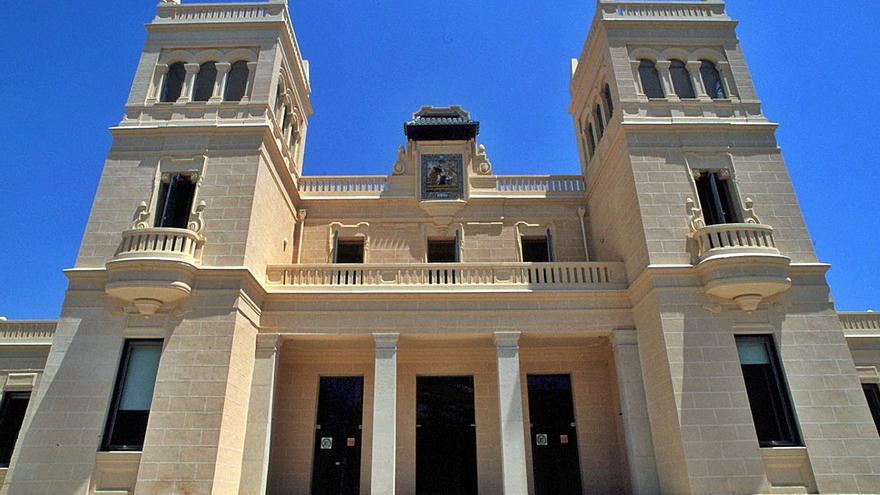 I had the immense luck of being able to assume the area of ​​Culture -a personal and politically exciting field- and Transparency- pillar in the ideology of Cs, my party-. Who was going to tell us then that around that summer, thousands of kilometers from our land, a terrible epidemic was beginning to develop that was going to affect all of humanity. Everyone and everything.

For this reason, when I considered taking stock of the first half of the legislature, I thought that I could not stay, as is usually done in these cases, in a list of actions and future challenges. I think that, first of all, I have to give an account of the things we decided to do to pitch in in a complicated and dramatic situation. We cannot act as if nothing happened because it is not true.

Our main scenario was the area of ​​Culture and I am going to refer to this since Transparency, due to its characteristics, was less affected. The initial roadmap remained, at the beginning of 2020, in a second term. The priorities had to be different. Our work focused on finding a balance between the risk of contagion and the need not to renounce the balm of Culture as an antidote. Because Culture saves us. From fear, from stress, from dark days. Always saves us. So we made a great effort to adapt the Adda, the Marq, the Mubag, the IAC Juan Gil-Albert and the exhibition halls of the Provincial Palace to the new reality.

We decided to close what is strictly necessary. And always with the anticipation of having everything ready to reopen as soon as possible and continue. We felt compelled to give people a break and to help keep alive the hope that normality, sooner or later, would be possible again. And so we did. Of course, we apply health prevention measures of excellence, with smaller capacity than those recommended by the protocols and a wide digital program. 200% safe culture. But Culture at the end of the day. It was our bet. And it still is.

We also decided to encourage citizens to visit the Marq and its sites by implementing gratuity in them. We were and are aware of the economic difficulties that Covid-19 has brought us, among many other sufferings.

From the moment zero until today, we have been adapting to the different waves, always foreseeing actions according to different scenarios to act quickly and anticipate events. And I have to say that the involvement not only professional but personal of the officials and work teams has been commendable from day one. Impossible to have been more at the height. My sincere thanks, because they have done much more than they should have.

In parallel, we focus our concern on trying to save those who make it possible, with their work and their vocation, for Culture to save us. How? Well creating new lines of aid and inventing imaginative support formulas. Without eagerness to enumerate, this was the case, for example, with the creation in 2020 of the I Festival of Performing Arts, which this year will see its II edition with a budget that doubles the previous one. We had to prevent the sector from sinking. Another example was supporting the bookseller sector last year with a reinvented online book fair. And along the same lines, we are about to issue a call for aid linked to the guild of bonfire artists and the artisans of both the Moors and Christians and the Bonfires.

We have not overcome the pandemic. But I honestly believe that the worst is over. Those of us who make up this Corporation 2019-2023 have half the way to go. And we have to recover the time that Covid-19 has taken from us to advance the plans that were pending when the world fell on us. There, for example, is framed the possibility of linking Alicante with the Carmen Thyssen collection, or bringing to the Marq, next year, one of the best archaeological exhibitions in the world: The Warriors of Xiam. They should have come this year, but the circumstances were not good again. In record time, we looked for an alternative sample so that Alicante would not be left this year without an exhibition of draft. Thus arose ‘Etruscans. The Dawn of Rome ‘, an international exhibition of extraordinary quality that once again puts the province in the spotlight worldwide. Likewise, in the next few hours another of the cultural projects that we set ourselves as an exciting challenge will become a reality: bringing the legacy of Miguel Hernández closer to the hand of the Diputación de Jaén.

We will continue working with more motivation, enthusiasm and enthusiasm if possible. Because difficulties also serve to get the best of ourselves. And we will continue to renew this sincere commitment every day. As in the last two years. Until the last day. Go ahead.