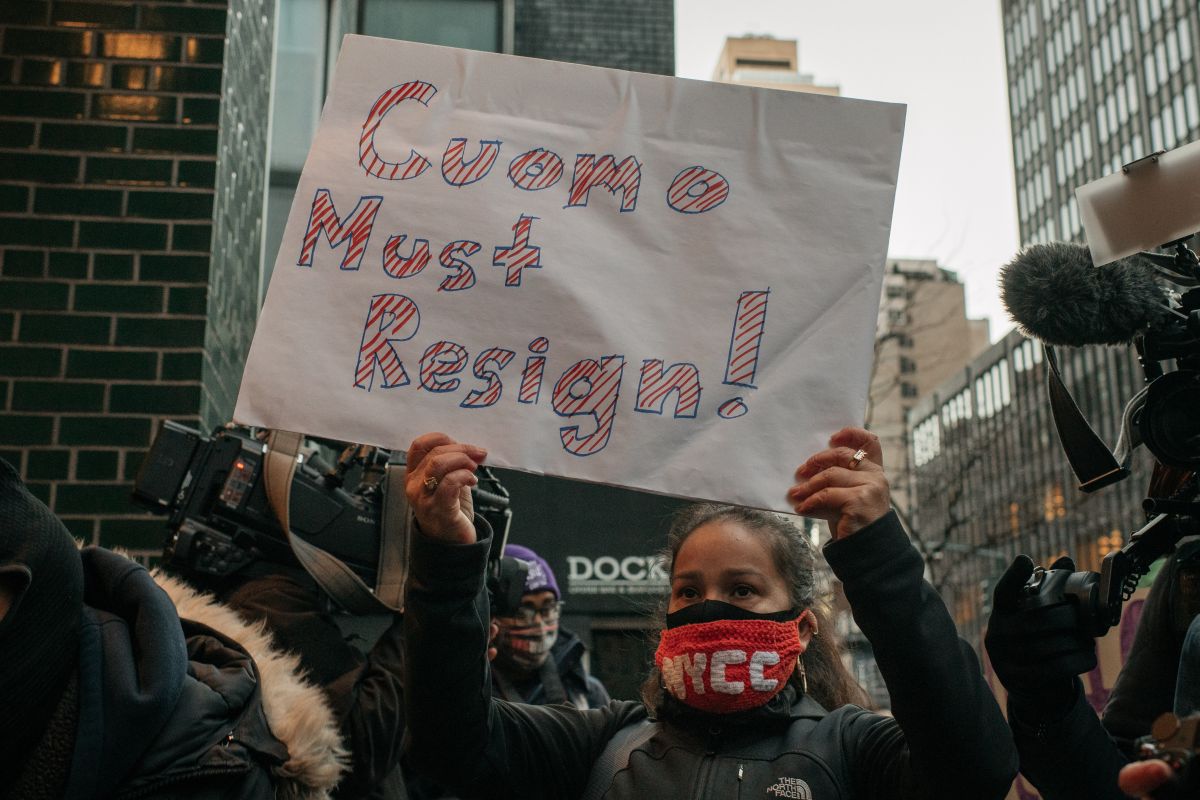 The political storm that shakes Governor Andrew Cuomo for the deaths in nursing homes became a hurricane this Friday… And category 5, after new reports were released that would show that two Senior advisers to the Governor intentionally altered the death toll In a report presented in July, it could have been a move to prevent the real number from coming to light and affecting the president’s popularity, which was triggered by his television appearances on his response to the pandemic.

The new revelations ensure that last summer, when the coronavirus pandemic was still hitting New York hard, two of its main aides, including Governor Secretary Melissa DeRosa, rewrote a report from the State Department of Health (DHS) on deaths in nursing homes caused by COVID-19, reducing the death toll by up to 50%, according to reports published Thursday night by The New York Times and the Wall Street Journal.

The Governor’s advisers opened intervened when they learned that DHS planned to present a report with updated figures that they were almost 10,000 deceased, and altered it to only include a little more of 6,400 deaths.

As explained in the reports, the same DHS analyzed whether the high numbers of deceased elderly by COVID-19 were related to mandate issued by that agency on March 25, that ordered nursing homes to receive the elderly who were discharged from hospitals and did not require that they prove that they had received a specific test for coronavirus.

That order generated strong criticism against Cuomo, who is accused of having taken an active role to directly interfere with nursing home policies by ordering them to take back the elderly even though they had tested positive for the virus.

Cuomo canceled that order last summer, and said at the time that the goal was never to receive the coronavirus patients without the necessary measures to avoid contagion from other residents in those nursing homes.

This Friday, after the publication of the reports, the Cuomo Administration responded that the analyzes of the same DHS had already determined that the high number of deaths had not to do with the order of March 25. But then, Why did they alter the reports with the actual death toll?, both newspapers indicated that Cuomo did not want those figures to be seen high, because it could overshadow the image of the good work being done in the fight against the pandemic and it was thought that it was out of control and, moreover, during those days the Governor wrote a book praising his management on the public health emergency.

The State Senate voted this Friday to revoke the emergency powers granted to Governor Andrew Cuomo to handle the coronavirus pandemic, as part of the measures that the State Legislature is taking to demonstrate its dissatisfaction with the way the Administration has handled the crisis of the deaths in nursing homes.

During a vote in The afternoon, senators backed the new restrictions on Cuomo’s executive authority by a vote of 43-20. It is planned that the State Assembly will adopt the measure later this Friday, and it was also expected to be approved by a large majority.

The measure would later be signed by the Governor himself.