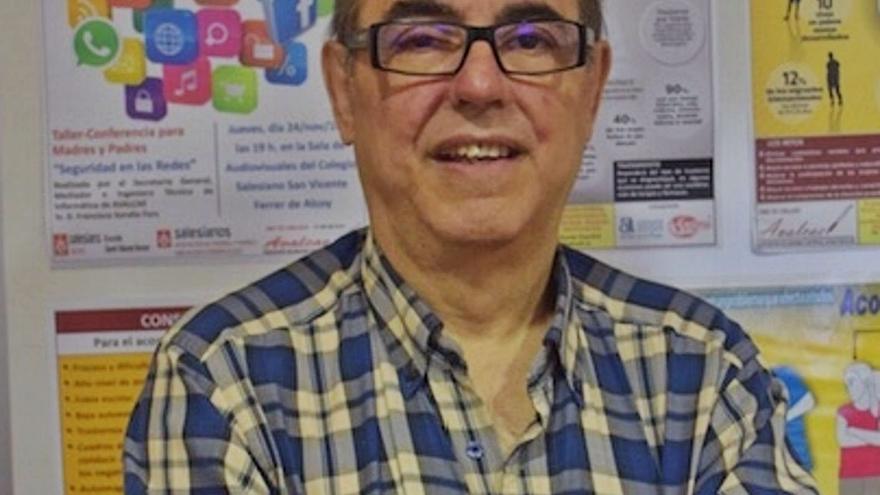 How has the problem of bullying in the province evolved in recent years, and especially as a result of the pandemic?

Without a doubt, bullying has been exacerbated by the pandemic. However, it is something that has been happening for a long time but is becoming increasingly serious. In recent years there were cases of physical bullying, but the pandemic has brought an increase in cyberbullying, increasing the number of cases between 50 and 70 percent. The aggressors believe that behind the phone they are unpunished and with the use, increasingly early, of social networks in the lives of minors, added to the little involvement of schools, the outlook is increasingly bleak.

What are we doing wrong as a society by having such alarming data?

Most parents provide telephones to their children before the age of ten, believing that it is normal when we are not aware that we are giving them a double-edged sword. Virtual life has already surpassed physical life, many minors do not know how to live without their smartphones and the use they give them is not the most recommended, since, by parents, in most cases, they are not educated in a correct use of these social tools. Even in schools there are schools where from a very young age they are given a tablet to carry out tasks. The law in this case is clear, no one under the age of 14 should be in a social network. However, this is not the case in Spain, so each parent must act responsibly and not anticipate the acquisition of a telephone until their son or daughter reaches the legal age. Boys and girls have to be boys and girls.

Also Read  Jorge Ramos: His nightmare in paradise is over, he tests negative for COVID

Speaking of schools, they are part of the equation here too. Are they involved enough in preventing bullying?

There is a lot to talk about here because there are many types of centers in the province: those that do recognize harassment and want to end it, those that don’t know what to do and those that even knowing it, do nothing and deny it. Unfortunately, of those who take the bull by the horns and get involved there are very few in the province. The data affirm so, out of every ten centers, four are involved in this problem. We must also take into account one thing and that is that teachers have had a lot of work overload in the last two years. Also coupled with the little investment by the public administration in an education based on equality and with greater prevention in suicidal behavior, harassment and other matters that are of vital importance when educating and teaching future generations.

Is the use of new technologies taught well in schools?

In recent years we have noticed an increase in the use of WhatsApp or Facebook groups made by teachers themselves as a means of communication with students, these being under 14 years of age. This should not be allowed. In fact, next year the European Union, together with the United Nations, wanted to increase the legal age to 16 years due to the amount of damage that occurs in the networks. Something that unfortunately is also linked to the increase in the suicide rate in young people between 10 and 20 years old. A simple mockery, a bad word, can develop very serious problems.

What is the solution to end the problem of bullying and prevent future misfortunes?

The main thing is to talk. Talk about suicide, talk about bullying, talk about anxiety. Create awareness to improve self-esteem and self-confidence. On the other hand, we must help everyone. From the association we think that both the victim and the aggressor need help. An aggressor is not born an aggressor, he is made. The environment plays a fundamental role in the lives of minors. With them we must use empathy, since it is the best prevention against harassment. In October we will meet in the Valencian Courts to approve what will be the next law against bullying, something that is not present in our classrooms.

Currently, what anti-bullying protocol is present?

In the Valencian Community, the PREVI protocol, Plan for the Prevention of Violence and Promotion of Coexistence, is in force. However, the plan is quite well done, but it is very formal, very bureaucratic. So, of course, when a child is having a problem, what you want is to have it solved now. Here time is money and everything can remain a simple anecdote with a solution or something that can accompany you for the rest of your life. We still get people in their 40s who suffered bullying and are still traumatized by it. The World Health Organization is the one in charge of controlling bullying in the world because it considers it a psychological damage, a psychological security that plunges the victim into or into tremendous post-traumatic stress. We must take example.

Also Read  The Beatles: Get Back review: eight hours of television so aimless that it threatens your sanity | Television and radio

Do you think that parents have a responsibility in the education of minors that they are not assuming?

Without a doubt, we must be clear that schools are there to teach and parents to educate. Our association gives talks on the prevention of bullying and cyberbullying annually. Students come in the morning, these being compulsory for them. But the alarming thing is that in the afternoon we carry out the same to the parents and usually 10% of the total comes. For this reason, we ask the educational centers to implement these mandatory talks also for mothers and fathers. In addition to creating a subject on New Technologies from Primary to Secondary Education at the national level so that minors know how to use the Internet correctly.