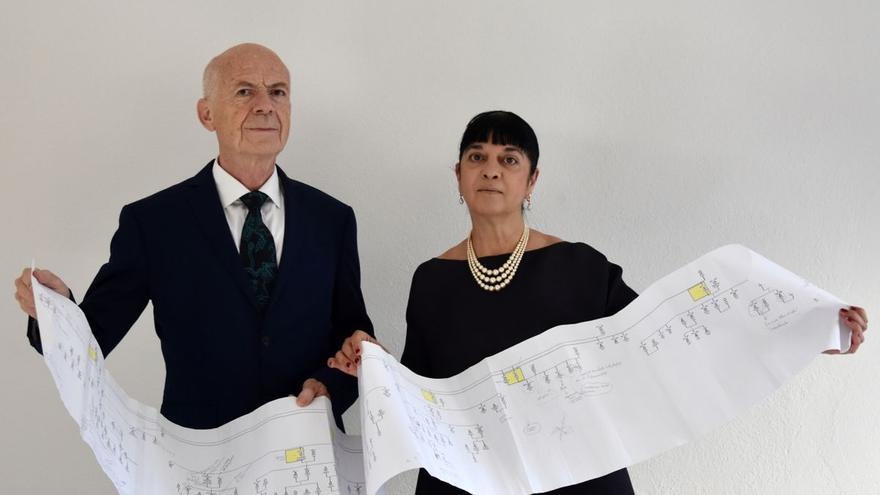 It is said that art never dies and that artists, through their work, survive eternity. The immortal legacy of Leonardo da Vinci, in fact, has endured to this day through his works, his notebooks and his visionary ideas.. But since the versatile genius of the Renaissance never had children, it was long thought that his biological lineage had died out with him. Up to now. Half a century of research has managed to reconstruct 690 years and 21 generations of the Davincian lineage until I find 14 living descendants of the artist. The finding, published this Tuesday in the magazine ‘Human Evolution’, represents the most complete reconstruction to date of the Da Vinci’s family tree.

The work, which mixes history, genetics and decades of field work, manages to reconstruct the persistence of the Y chromosome of the Da Vinci lineage for at least seven centuries; from the inventor’s grandfather to the current descendants of the family. In the absence of biological children of the Florentine, this genealogical tree is traced through the offspring of his half brother Domenico. The theory is that if we know that the Y chromosome remains intact for at least 25 generations, it is possible to trace this genetic information to identify male descendants of the Da Vinci lineage. Likewise, once the ‘heirs’ of DNA have been identified, the door also opens to an even more extraordinary possibility; study an ‘original’ fragment of the Italian artist’s genes.

Half a millennium after the death of the emblematic author of ‘La Gioconda’, “Leonardo still lives”. This is the motto that Alessandro Vezzosi, art historian and founder of the Davincian museum ‘Ideal’, claims as the conclusion of this work. “500 years after his death, we see that the story of this artist lives on. It is a mistake to think that we already know everything about his legacy because science and art continue to throw great surprises on his figure. We are not talking about history, we are talking about living memory “, claims the author of the recently published study in statements to EL PERIÓDICO.

Against all odds, Leonardo Da Vinci’s genes have survived the test of time. In 2016, the authors of this work presented a preview of their discoveries and brought together a total of 35 living relatives of the artist. Among them, the presence of the famous Italian filmmaker Franco Zeffirelli, director of works such as ‘Romeo and Juliet’ and ‘La Traviata’, surprised. “So we present some of the indirect descendants of the Da Vinci family. Today we present the find of 14 direct heirs of the male lineage of Leonardo’s family. The difference between one and the other is as much as between day and night “, Vezzosi emphasizes.

The identity of Leonardo’s heirs remains, for now, surrounded by mystery. The researchers, in fact, have preferred to keep their names anonymous to protect their privacy. It is only known that the eldest of the ‘heirs’ is 85 years old, is a porcelain merchant, co-founder of an airfield and author of several inventions. The youngest, born in 2020, He has not yet noted anything in his technical file. But considering he comes from a family of artists, craftsmen, and machine enthusiasts … the expectations are very high.

“They all showed excited to learn that they belonged to Leonardo’s family. Family members have actively collaborated with the research and have been very grateful for the work, “explains historian Agnese Sabato, president of the Leonardo da Vinci Heritage Association and co-author of this work.” Many of the descendants they had heard stories about their families’ bond with the artist But, as is often the case in these cases, they believed that they were only legends that were passed down from generation to generation. Now they know exactly its origins, “says the researcher in statements to this newspaper.

The Da Vinci family tree also extends into the past. The investigation, in fact, reconstruct the history of 225 individuals since the 15th generation of the Da Vinci family. It even confirms the legend of the famous Florentine family bond with Spain; historical records show that Leonardo’s grandfather, Antonio di Piero, was a merchant who I was traveling between Barcelona and Morocco. “Perhaps the grandfather told his family what the Moroccan coast was like or what life was like in a big city like Barcelona. It is possible that Leonardo got to know Spain thanks to his grandfather’s memories,” says the researcher.

The reconstruction of Leonardo’s lineage is presented as an extensive work. Even for a scientific journal. In its just published version, in fact, it expands on a total of 90 pages. “It is extensive, yes. But even so we have not been able to include the work of the last decade. Already we are working on an enlarged version to include the more than 150 photographs about the archives and the homes of the Da Vinci family, ”says Vezzosi. The first image in the collection, he proudly explains, was taken by himself in 1973 the day he discovered Leonardo’s grandfather’s house, which housed the artist’s family for several generations. From then on, five decades of work between archives, libraries and family memories follow.

“When we have spoken with the relatives of Da Vinci, or with the people who inhabit the old homes of the family, we have seen how many of the stories that are collected in the archives come to life to this day through the memories of these people “reflects Vezzosi. This, he explains, is one more example of the artist’s ‘living history’. For this reason, “before oblivion reigns,” the researchers call to protect the emblematic places that marked the lives of Leonardo and his family.

The scientific community has been dreaming of studying Leonardo’s genes for decades. But the objective seemed impossible since, in the absence of biological descent, the biological remains of the artist could not be studied either, since his grave was looted Y his body disappeared during some revolts (and although some bones were found years later that could have belonged to the artist, doubts remained about the identity of the remains). Previous studies had attempted to rescue fragments of genetic material from the artist’s ‘secret recipes’ to create his paintings, in which included samples of saliva, urine, and even human blood. But, for now, it has been impossible to scratch anything from there (except an extraordinary catalog of Da Vinci fingerprints).

In 2014 the ‘Leonardo Da Vinci DNA Project’ started, the most ambitious project to date for try to rebuild the artist’s DNA. The research, which has a hundred historians, geneticists and microbiologists from around the world, began to work on the possibility of reconstructing part of the genes of the Florentine genius through their descendants. The finding of the 14 descendants, presented in the framework of this extensive investigation, would represent a before and after for this study. “We continue working to make all this unpublished knowledge about Da Vinci available to humanity,” says Sabato, who anticipates that an extensive catalog with all the documentary sources compiled in this research will be published soon.

Set to dream, scientists speculate, Leonardo Da Vinci’s genes could explain the reason for his genius. Was there something in this artist’s DNA that predisposed him to his incredible brainpower in the arts and sciences? Is it true that you had extraordinary vision, extremely developed senses, and a synesthesia that allowed you to see beyond conventional frames? Definitely, Was his brilliant mind the product of his genes?