Dana Delany said that the recent death of her friend Bob Saget inspired her to get her head examined after she fell down a staircase.

The 65-year-old actress took to Twitter on Friday to reveal that she had suffered the injury with a selfie in which she had a black eye.

‘You should see the other guy,’ the New York native said in an initial tweet before delving into detail on the circumstances behind her injury. ‘Thank you all for your concern. I fell down some iron stairs head first (totally sober!) & all I could think of was poor Bob Saget.

The latest: Dana Delany, 65, said that the recent death of her friend Bob Saget at 65 from head trauma inspired her to get her head examined after she fell down a staircase. She was seen Friday showing a black eye she suffered in the fall

‘So I grabbed the handrail with my face. I was afraid it was fractured but thankfully, no. The folks at St John’s emergency took great care of me.’

The Emmy-winning China Beach star referenced her longtime friend after authorities with the Orange Country Medical Examiner’s office in Florida and Saget’s relatives earlier this month said that the Full House star’s January 9 death at 65 in his bed in a Ritz-Carlton hotel room in Orlando, Florida was the result of head trauma.

‘In the weeks since Bob’s passing, we have been overwhelmed with the incredible outpouring of love from Bob’s fans, which has been a great comfort to us and for which we are eternally grateful,’ Saget’s family said in a statement. ‘Now that we have the final conclusions from the authorities’ investigation, we felt it only proper that the fans hear those conclusions directly from us.’

Also Read  The IPL founder, the fugitive: Who is Lalit Modi?

Saget’s family said that the actor had ‘accidentally hit the back of his head on something, thought nothing of it and went to sleep,’ adding that ‘no drugs or alcohol were involved’ in the actor’s death. 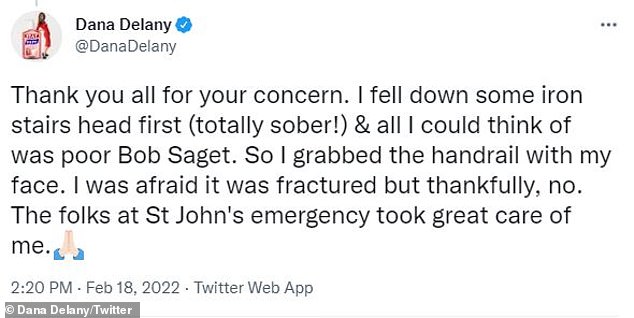 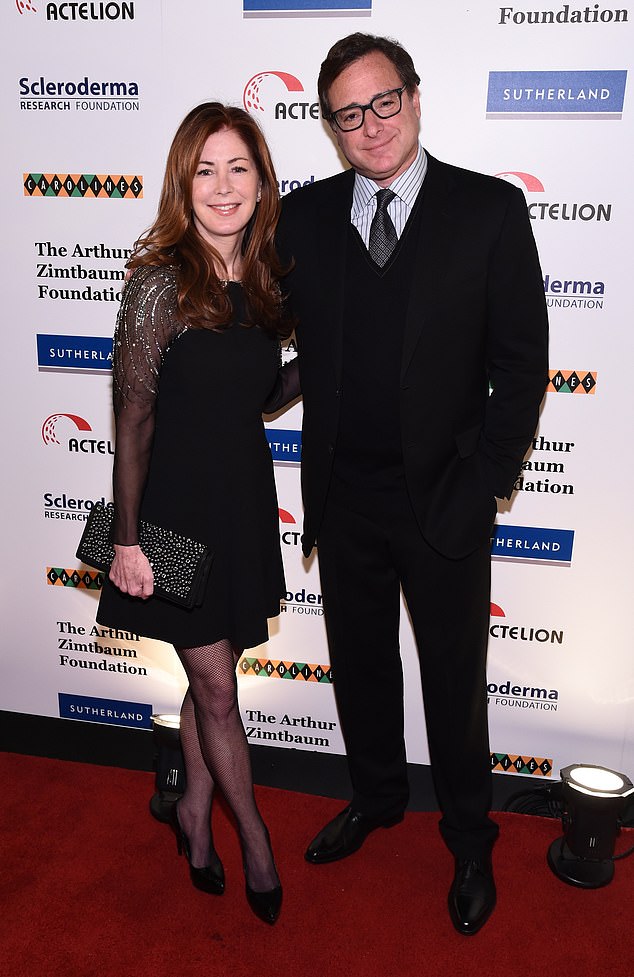 The Desperate Housewives alum had a longtime friendship with Saget, and served with him on the board of the Scleroderma Research Foundation. They were snapped in 2015 in NYC 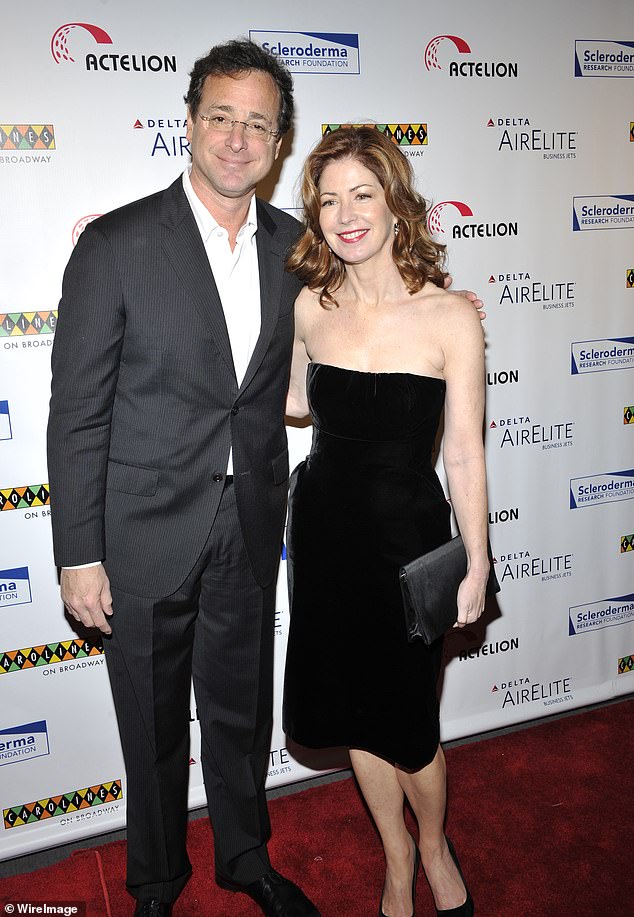 The Orange County Medical Examiner released a statement saying that ‘the death of Mr. Saget was the result of blunt head trauma’ after a probe of the ‘circumstances surrounding the death and after examination of the body, toxicology analysis, histology and a respiratory pathogen panel.’

Medical officials said that Saget’s ‘injuries were most likely incurred from an unwitnessed fall’ and ‘the manner of death’ was accidental.

The Centers for Disease Control and Prevention reported that in 2019, an average of 166 Americans died each day due to traumatic brain injury-related injuries.

The Desperate Housewives alum opened up about her longtime friendship with Saget last month in an interview with The Hollywood Reporter, noting that she knew him ‘for 35 years’ and they ‘kind of started out together.’

The American Guest star told the outlet, ‘Bob was one of those guys that you could just call out of the blue and get right back into the groove, and I’m so unhappy that I can’t pick up the phone now to call him and say how ridiculous it is that he’s dead. Bob would think it’s so absurd. 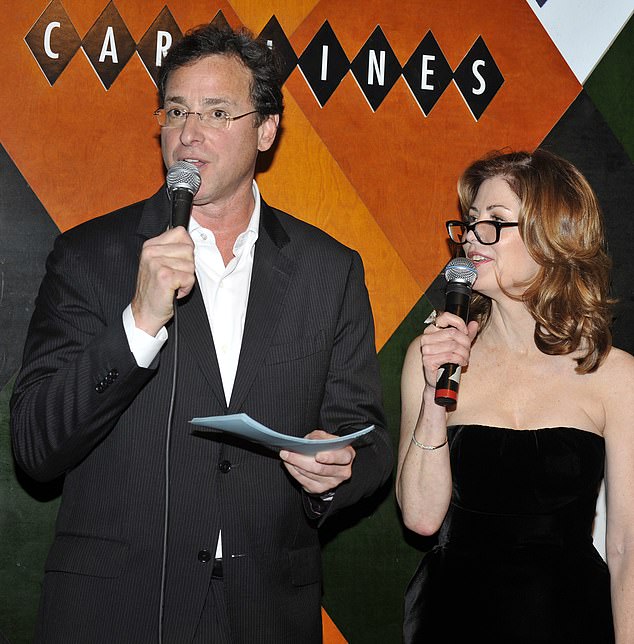 Delany worked with Saget in his 1996 TV film For Hope, in which he directed and she starred as a woman named Hope Altman who was battling scleroderma 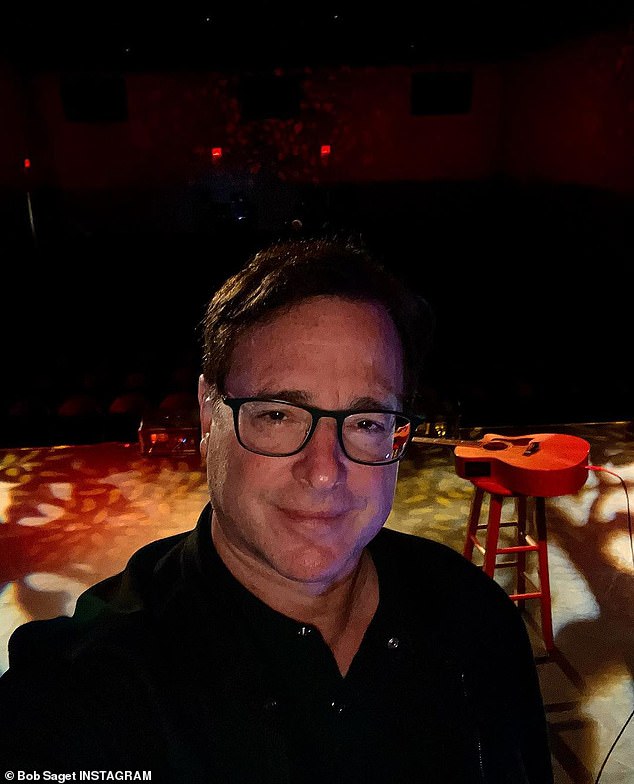 The Full House star, seen in the final selfie he snapped before he died, was found dead January 9 at 65 in his bed in a Ritz-Carlton hotel room in Orlando, Florida

‘But seeing the outpouring of love for Bob from friends and from all over the world, I feel like he would be so happy to be getting so much attention. That makes me laugh.’

The Code actress served on the board of the Scleroderma Research Foundation with Saget. The actor was a passionate fundraiser in the battle against the autoimmune disease scleroderma, which his sister de el Gay died from in 1994 at the age of 47.

Delany worked with Saget in his 1996 TV film For Hope, in which he directed and she starred as a woman named Hope Altman who was battling scleroderma.

‘I was basically playing a version of Bob’s sister, Gay,’ Delany told THR. ‘Not long after that, both Bob and I joined the board of the Scleroderma Research Foundation.’

Delany said that she feels Saget’s ‘work on behalf of scleroderma is what’s going to really resonate for years to come,’ adding, ‘I think he would feel good about that because it was his legacy, especially for his sister and for his parents. ‘