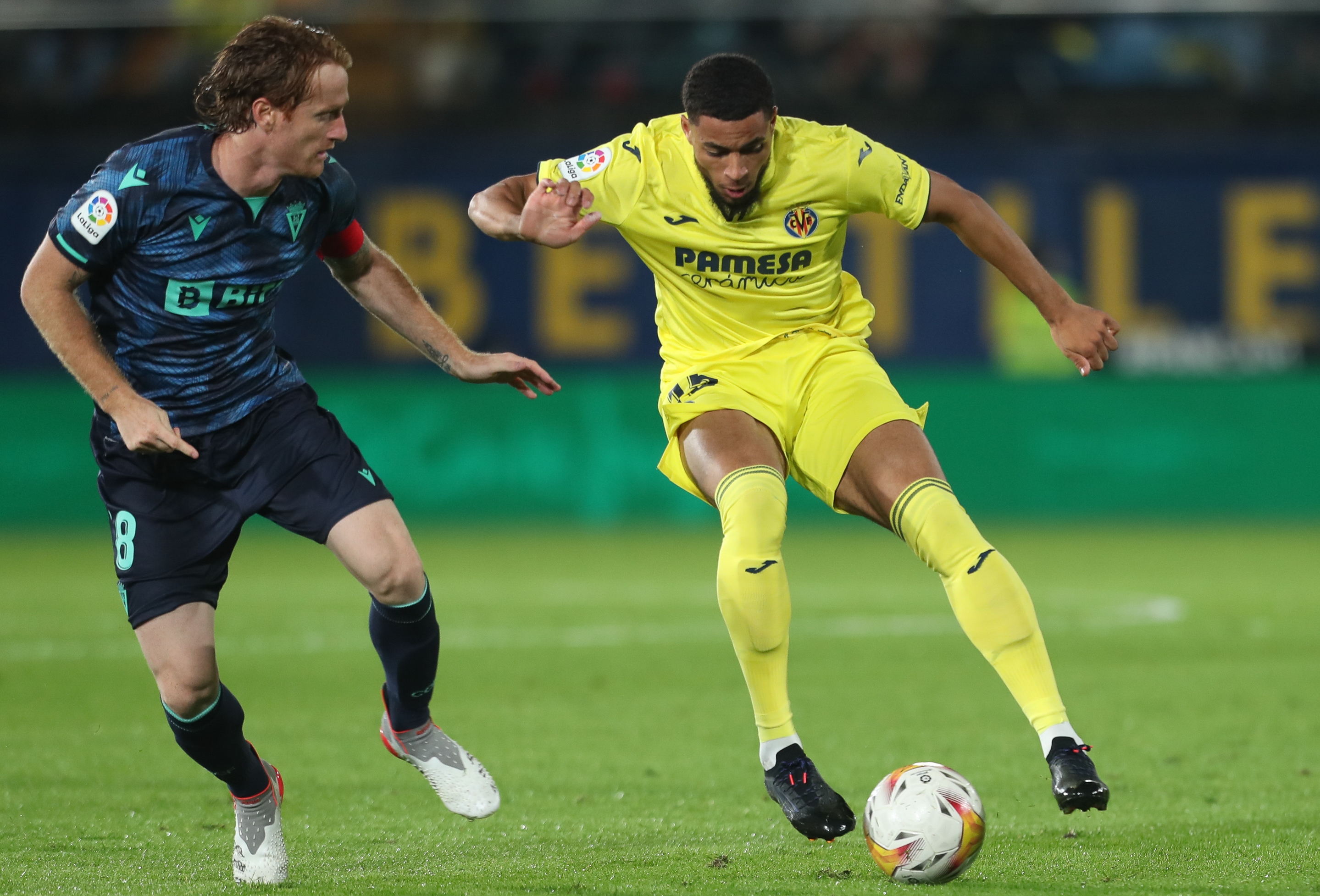 In the best tradition of forged ends in the Netherlands, Arnaut Danjuma Adam Groeneveld (Lagos, 1997) likes to evolve with a different leg. This is how he left his first stamp on a Spanish soccer field. It happened at the Metropolitano in October 2018, when he played the Champions League with Bruges. He picked up the ball between the peak of the area and the touchline and with hardly any threats placed the inside of the boot so that the ball kissed the net next to the furthest post, unattainable for Jan Oblak. Back this season to the Champions League, today a key duel awaits him against Young Boys so that Villarreal can approach the round of 16 (21.00, Movistar).

The chronicles narrated that flash as a goal from Groeneveld, the paternal surname. But even then on his shirt he wore one of his first names, Danjuma, “born on Friday” in the language of his mother’s land, a Nigerian who married a displaced Dutchman to work dredging in the swampy estuary from Lagos. The marriage broke up and, at just four years old, Danjuma arrived in Holland with a mother who could not support her three children. “I understood what life was like long before the other boys. They had what they wanted while my brothers and I sometimes slept with my mother in a car. Later we began to spend the nights with families, in foster homes ”, he describes.

He grew up in the nursery of PSV Eindhoven, who released him when he was 19 years old and had not even settled on the reserve team. He ended up at the NEC Nijmegen, where he spent two seasons before coming to Bruges. His talent for soccer came to the rescue to provide financial stability for his family. Today Danjuma’s brother is studying for a master’s degree in molecular biology in Utrecht and his sister has just graduated from an English university. Part of its income goes to finance the construction of water wells in Somalia, Niger and Palestine. “I was able to give my mother and father some good places to live,” completes the footballer, who after that goal against Atlético began to put lucrative contracts on the table. He received an offer from Milan to go out in the winter market, but he finally made it to the Premier, in August 2019 at Bournemouth for 18 million euros.

But again, nothing was going to be easy. In preseason he suffered a stress fracture in his foot. After recovering and playing a dozen games, he fell victim to the same injury to his other foot. It got ready and then the confinement came. In addition, shortly before the confinement he suffered an unpleasant incident in the center of Bournemouth when he was arrested and searched by several policemen, who mistook him for a suspect in an attempted murder. They ended up apologizing to him and he did not want to stir the matter further, but he did launch a reflection: “If you are black and you travel in a good car or wear good clothes, the police will come and arrest you. Then they will say that it was just a random check, but we all know that it is not.

When the ball rolled again he could not prevent Bournemouth from falling to the Championship. It wasn’t until then that it found continuity. 15 goals and 7 assists put his team on the path back to the Premier, but Brentford finished them in the first tie of the playoff despite the fact that he scored in both games. It was not the only disappointment in a season finale in which he was waiting for a call to play the Eurocup that finally did not come. Danjuma, who a week after Oblak’s goal, debuted with the Orange After being summoned by Ronald Koeman, just a few weeks ago he valued the option of making a sort of way back and defending the Nigerian flag, but the injury of Cody Gakpo, PSV winger, led Louis Van Gaal to summon him for the last match of the national team against Gibraltar. In just half an hour he scored a goal and convinced the veteran coach, who wants to adapt him to the right wing. “This is where we have the most needs,” he justifies.

Danjuma likes to evolve on the left. There he is given ground by Unai Emery, who insisted that Villarreal pay a little more than 23 million euros to Bournemouth already late in August. “He brings depth and overflow, diagonals and good scoring numbers,” explains the coach, who is using him as a forward on the left, with hardly any defensive responsibilities. In this role, the player responds with five goals in the League and one in the Champions League. “Emery is getting the best I have,” he says.