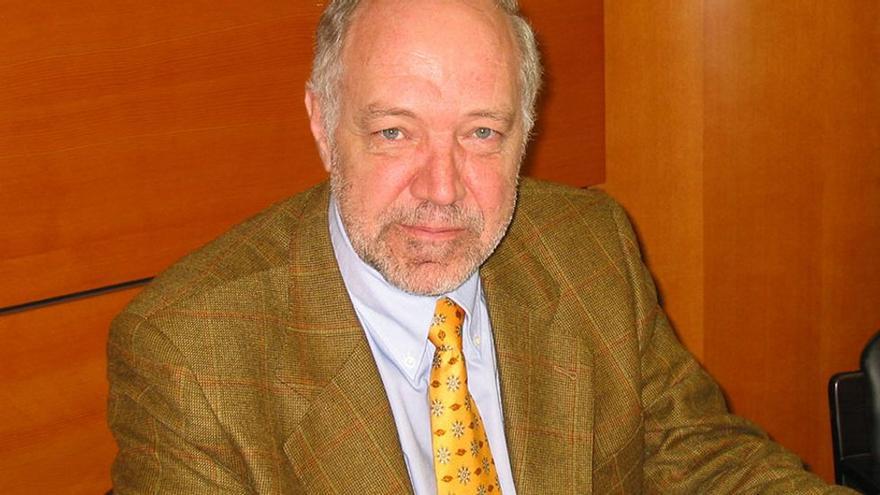 -Vaccines, Brexi, new regulations … It does not seem like a quiet moment to take charge of the Spanish fishing employers.

-Yes, the truth is that the situation is quite complicated, with many things ahead that we have to face. Vaccination is of course something very necessary in all boats, but especially in the case of height. It is impressive what it takes now for a large ship to go out to sea to be out three or four months. It is almost impossible.

-The Minister of Health, Carolina Darias, does not seem to think the same.

– What the minister says is that he has not understood anything, it gives the impression. We need the vaccine in a group by crews, not by other criteria, and above all in one dose. The arguments are so clear that it seems incredible that he does not see them. The fleet is in a very difficult situation and we are asking for it as something of the utmost urgency.

– Taking out the COVID, what other main problem does the fleet face?

-The Brexit is still bad. We have to keep working a lot, because it is caught with pins and with a lot of pressure from all sides. It affects everyone a lot, because we still don’t know how the fees are for the rest of the year. They will continue in the air and that is the problem, because when negotiating at another level there is no way to clarify it. As the year progresses, it will become more and more complicated, but it no longer depends on us.

-What is your assessment of the control regulation?

-It is something that was already quite crooked and we are going to be clear, the control does not apply equally to all countries: for us it is stricter and that is not right either. We are in favor of a control, we are not opposed, but not of one that doubts the honesty of the sector.

-Do you think the entire fleet will end up with cameras on board?

-I don’t know if all of them, but of course all those of medium and large size. The evil is not in the cameras themselves, but I really don’t think it’s going to be an effective control. On the contrary, I think it is going to cause unfair inconvenience. Sure, it is more comfortable to put cameras than observers, which will result in the cameras moving forward. Now let’s see if we can get it done in a reasonable way and not unfair.

-Galicia lost a thousand fishing boats in 15 years, as this newspaper published. How can it be reversed?

-And if we go back to how much we had more than 20,000 ships and now we have less than half … The fleet reduction is there and in Spain we should work to maintain what we have, which has already been reduced too much. It’s too many factors, but I think the Government has a lot in its power to ensure that there is no further reduction, because also there is no need in relation to the fishing opportunities that we have.

-Cepesca has been denouncing the lack of crews. Is it being solved?

-It is a problem with a very difficult solution. And it is not only a matter of sailors, but also of controls. It is very hard, because the life in the sea to which he goes and likes it, he may become fond of it, but getting there is difficult. We have to do a lot of campaigning so that people get hooked on the sector.

-Both the loss of the fleet and the lack of crew, can they be fixed with community fishing funds as the Government seeks?

-We will have to see the development programs of the Fempa in detail, but the truth is that it is already quite mutilated from origin. I do not know if we will succeed, but we will try to get the most out of it. We will see how it is applied in Spain and the autonomous communities and if it can be useful.

– (Laughs) Yes, but they also have signs that he is not on the right track. We are hopeful that it will straighten out.

-Yes, it seems that it will contain aid to modernize ships.

-It’s very limited. We want to see if it allows a wide application, which I doubt very much, there is too much suspicion with the issue of increasing fishing capacity, which is crazy, because it is to get adequate ratings. And let’s not talk about the future, when new fuels are used and much larger ships have to be made because other technologies will require a much larger space.

-And speaking of fleet renewal, what possibilities do you see that your project for the Next Generation funds will go ahead?

-Few, but we will move on. It is still a nebula that we do not know where it will come from. We will see what that gives of itself and of course it will not be due to lack of money. For the renewal of the fleet it is always important that there is a line and we will continue to fight for it.

-He was a great president. Amador was elected in theory for a year and no one ever spoke again about elections or anything else. If he did not die, he would surely still be there.

-There are associations that are not in Cepesca today. Are you considering attracting them?

-Our door is always open and Cepesca’s vocation is to bring together the sector. At the moment there is no proposal on the table, but we will continue in the same line.

– Do you think the image of the sector in Brussels has changed?

– It should have changed a long time ago, because I think we are probably the country that complies the most and best. More because more and better is demanded of it because we have improved a lot in compliance. If we compare ourselves to our Portuguese or Northern European friends, they are not required even a quarter of what we are required to do. Spain should show chest.

-In the note of their appointment they lamented the Spanish Sustainable Fishing Law, of which they continue to know nothing officially. Do you fear the worst?

– It is that they are not ways to make a law. Stakeholders should be taken into account and we have been denied all the efforts we have made to want to intervene at this stage. Now there is a fairly tense negotiation between the Ministry of Fisheries and other ministries, let’s say conservationists, and if they don’t let us intervene and we have to work on a constructed text, it will be very difficult for our opinions to enter.

-The draft that the sector had access to, advanced by FARO in March, are you concerned?

-Of course we are concerned. We are concerned that this level of concreteness will be reached without having consulted us and without being allowed to enter into dialogue. With this, the debate will go to another level, to Parliament and others, and it will be more difficult for us to work. Our intervention will be able to be minimal.

-Are these Ecological Transition interference common in the field of fishing? It happens with the porbeagle.

-It is that the porbeagle is a paradigmatic example. A Ministry is letting you fish a species, you bring it to the port, and you can’t sell it? It is crazy and we are also the only ones to whom it happens, because in other countries fishermen do not have these problems. And there are going to be more problems like that, because the interference is there and the dialogue with Transición Ecológica looks difficult. We are not going to stop trying and we will do our best to talk to everyone.

-Do you still have no solution for porbeagle?

-Yes. It is a feeling of helplessness, because Pesca has no solutions as it is another Ministry. The proof is that the porbeagle is still in the fridge.