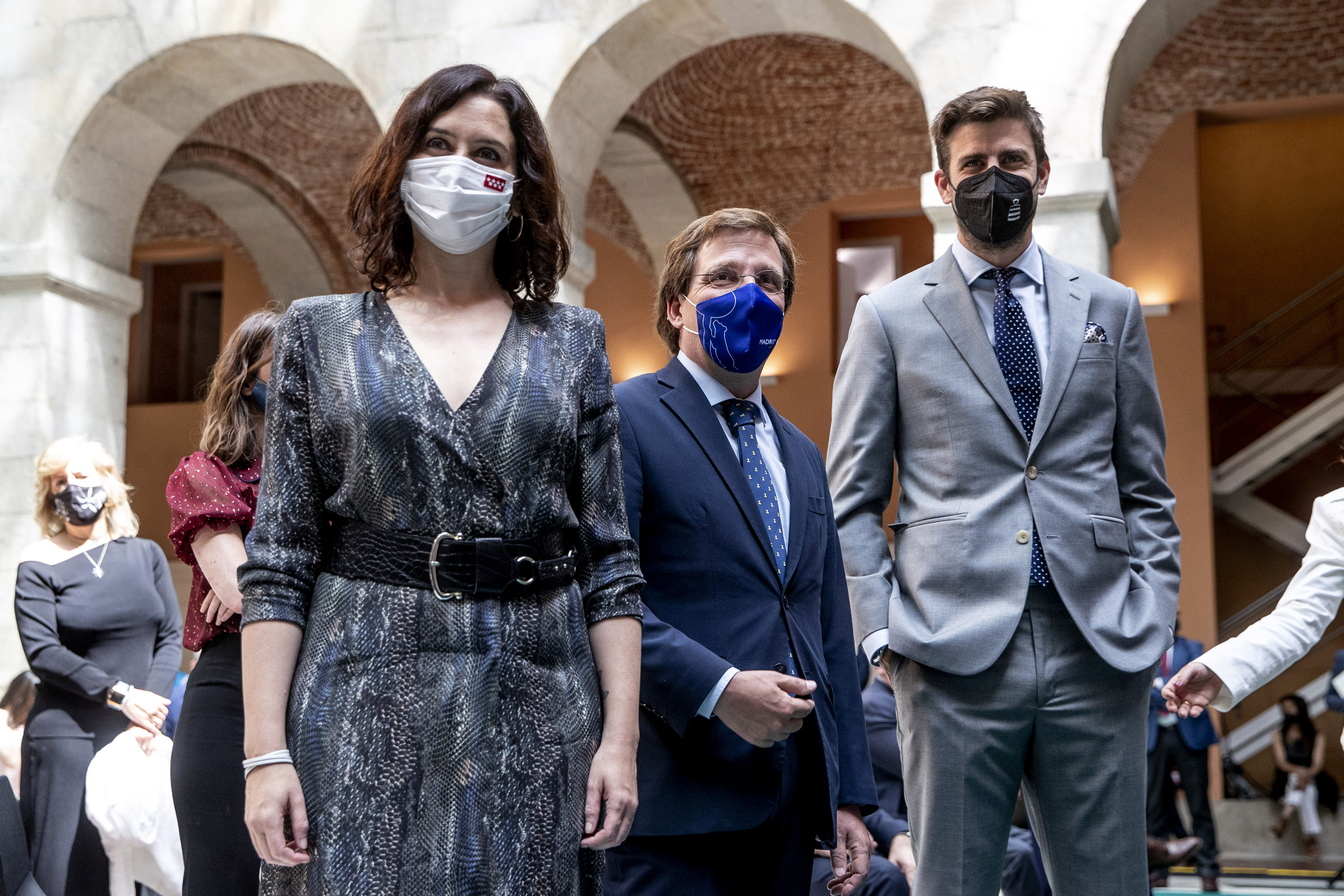 At noon, the central courtyard of the Real Casa de Correos, in the Puerta del Sol in Madrid, is transformed into a coming and going of people until Gerard Piqué bursts in with his 193 centimeters tall, dressed from top to bottom, and all the lights point towards him, flanked in the photo by the mayor of the Spanish capital, José Luis Martínez-Almeida, and the president of the Community, Isabel Díaz Ayuso.

“They have been very hard times for society, we have gone through critical moments. Last year we made the decision to postpone the event, but thanks to the City Council and the Community, who have worked day and night, we will be able to organize it at the end of the year and I think it will be a great success ”, says the FC Barcelona footballer, this Thursday in his business version, 34 years old, at the head of the Kosmos Group and who has taken the airlift with his work team to present the next edition of the Davis Cup. The competition will be held from November 25 to December 5 in three bands and in 11 days: Madrid, Innsbruck, Turin.

“The 2019 edition was a resounding success, but there were things to improve; for example, the schedules, that is why we have made the decision to go to more cities and extend the number of days. We believe that this year the event will be better than two years ago ”, continues the Barcelona defender, who is accompanied by two strategic elements of his team, Albert Costa (director of the Finals) and Galo Blanco (sports director and executive) . “Let’s hope that by December the pandemic is calmer, and that people can come to watch the games because they are going to be amazing,” says the first. “We have corrected some aspects and the show will be greater,” adds the second.

A couple of weeks ago, the department of marketing and Kosmos communication has already made a splash with the installation of a 500-square-meter canvas on Madrid’s Gran Vía. This Thursday, the event was resolved in just half an hour, with Piqué, Ayuso and Almeida as centers of attention, and a second line in which they formed, among others, the Secretary of State for Sports, José Manuel Franco; the mayor of Turin, Chiara Appendino; the president of the Spanish Tennis Federation (RFET), Miguel Díaz; and the Austrian ambassador in the Spanish capital, Christian Ebner.

“We have sold 50% of the tickets, but as things are going, I am very convinced that we will be one hundred percent in November”, predicts Piqué, “dear Gerard” for Ayuso and Martínez-Almeida, both almost two heads under. First he draws: “I can congratulate the mayor for winning the League, and nothing more. Do i read [Messi] to Atlético? It will be that no. Regarding Luis [Suárez]You made a great signing ”. And then the governor’s soccer retreat willingly agrees, happy for the recent league title of the rojiblancos: “Gerard, the shortest way to be champion is become a Suarez, and let each one take it wherever they want… ”.

The variation of the format, multi-site, and the extension of the competition have allowed the organizers to move their location; In this way, the Spanish team, champion in the 2019 edition, will leave the Caja Mágica and play their matches at the Madrid Arena. “The first edition was a remarkable sporting success and we were also fortunate that Spain won it”, recalls proud Díaz Ayuso, who concludes: “We want to send a message to the world that despite the problems we have had, we have never gone down the guard and we held our heads high. Madrid is a reliable city despite all the circumstances and sport is an essential axis of action. Sport is a school of life, so we celebrate the return of the Davis Cup. It will be even more indelible ”.