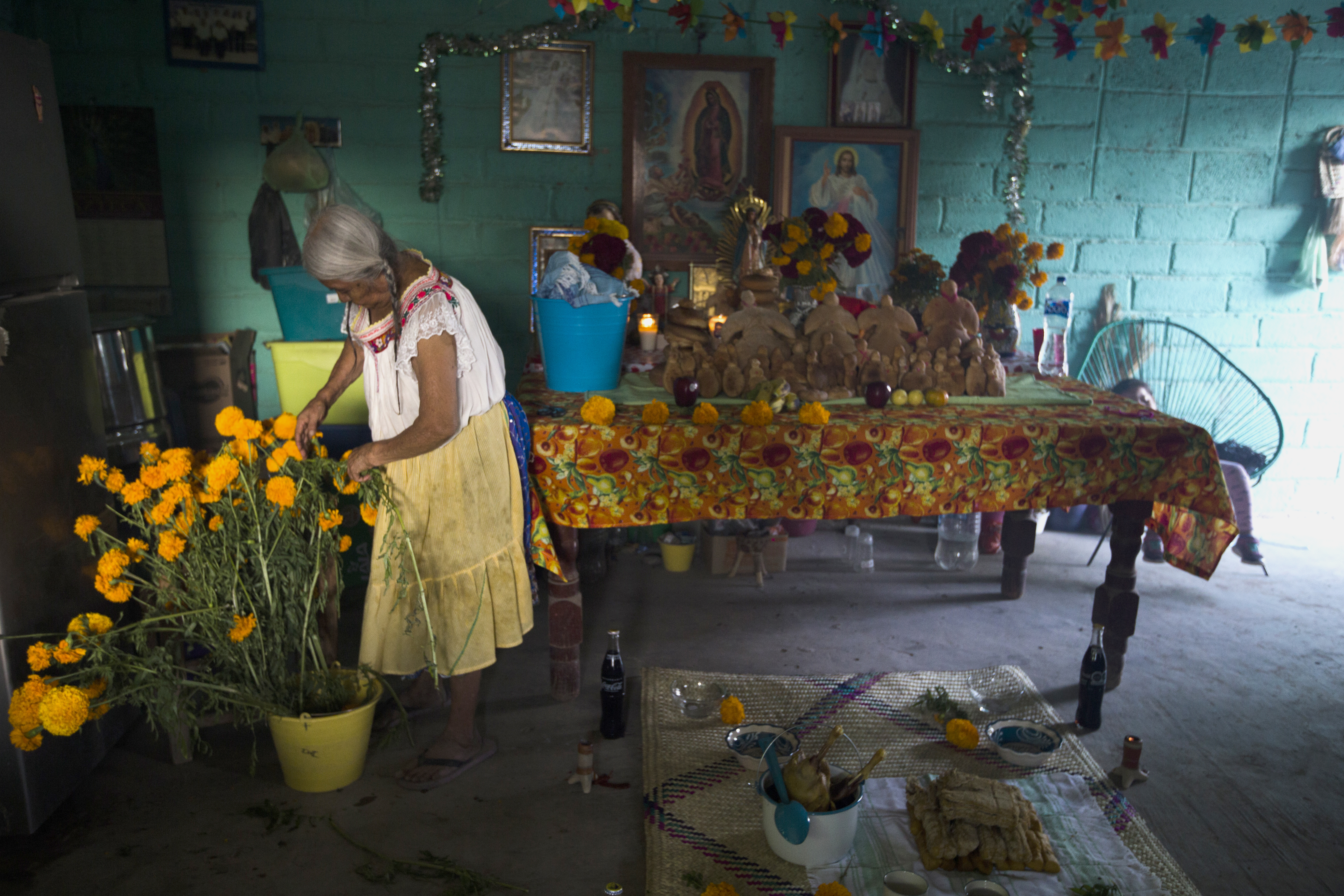 Mexicans look forward to the Day of the Dead year after year. Chopped paper, marigold flowers, chocolate and sugar skulls, dead bread, water, salt, candles and the favorite foods of their ancestors, fill altars in houses and public spaces with the sole purpose of remembering and “receiving” them on their return. to share with the living.

On November 7, 2003, the United Nations Educational, Scientific and Cultural Organization (UNESCO) declared the Day of the Dead in Mexican indigenous communities Oral and Intangible Heritage of Humanity and although many consider that the pre-Hispanic past it greatly influenced the tradition of the Day of the Dead; In reality, this celebration is an example of the latent syncretism between Hispanic and pre-Hispanic culture.

The origin of All Saints and All Souls Day

November 1 is also known as All Saints ‘Day and November 2 as All Souls’ Day. According to historian Elsa Malvido, the celebration of All Saints was promoted by the Abbot of Cluny in the 11th century with the aim of commemorating the Maccabees. Later the Roman church adopted the date and it remained in force.

In this celebration, churches and convents exhibited relics, remains and treasures to which the believers offered prayers to obtain forgiveness and avoid entering hell.

In places like Castilla, Aragón and León, food was prepared in the shape of bones, skulls and skeletons and these were taken to the church where this saint was venerated. Later, in the houses the image of the offering was placed and the ‘table of the saint’ that served as a repository and was decorated with sweets and bread. The goal was for this offering to sanctify the houses. The devotees and faithful changed the long pilgrimages to sacred areas for this ritual.

All Souls’ Day was dedicated to the souls who were in purgatory and who could only get out of it thanks to the prayers of the devotees. In this way, November 1 and 2 became the ideal dates to ask for forgiveness, pray and help the deceased. This tradition arrived in America with the arrival of the Spanish and to carry out the exhibition of holy objects, they had to move these artifacts from Rome to the port of Veracruz.

The pre-Hispanic origin of the Day of the Dead

According to Fray Diego Durán, there are two Nahua rituals dedicated to the dead: Miccailhuitontli or Fiesta de los Muertecitos, commemorated in the ninth month, equivalent to the month of August in the Gregorian calendar, and the Fiesta Grande de los Muertos, celebrated the following month. .

The natives conceived of life and death as a dialectical concept. According to Fray Bernardino de Sahagún, the ancients said that when they died they did not perish, but began to live again. Death was part of a constant cycle.

In the same way they conceived of sowing: a cycle in which they had to harvest the fruits to re-sow. They feared that during these months the planting would die because it was a time of transition between drought and abundance. The end of the corn cycle. In most Mexican regions this is the time of harvest. To continue the cycle, it was sought to share the fruit of the sowing with the ancestors. It was a ritual of life and death in which they presented sacrifices and offerings (usually cocoa, money, wax, birds, fruits) so that the sementera would grow again.

According to the sociologist and anthropologist José Eric Mendoza Luján, later, during the years of conquest, the dates changed to make it appear that they celebrated Christian traditions in the month of souls – in the same way that they prayed to Catholic religious figures who had their churches on indigenous ceremonial temples. More than 40 indigenous groups, which exceed six million people, hold rituals associated with this celebration, according to data from the Ministry of Culture.

After the cholera pandemic in 1833, says historian Elsa Malvido, the corpses had to be buried in open spaces, away from the population where the dead could not infect the living.

The duality and syncretism between indigenous and Catholic traditions transformed the idea of ​​venerating relics and praying to them into worshiping their ancestors. The cemeteries transmuted to a ritual site where coexistence occurred and the tombs became the new relics during All Saints’ Day.

Ornaments, offerings and flowers on the tombstones joined the hunger of those who went to visit the dead; since after their pilgrimage, with great hunger, they ate and drank while they lived with the offering and their dead.

With much more zeal in the central and southern regions of the country, the Day of the Dead is a deep tradition and a representative social fact. The settlers, in addition to encountering death, make communion with the living.