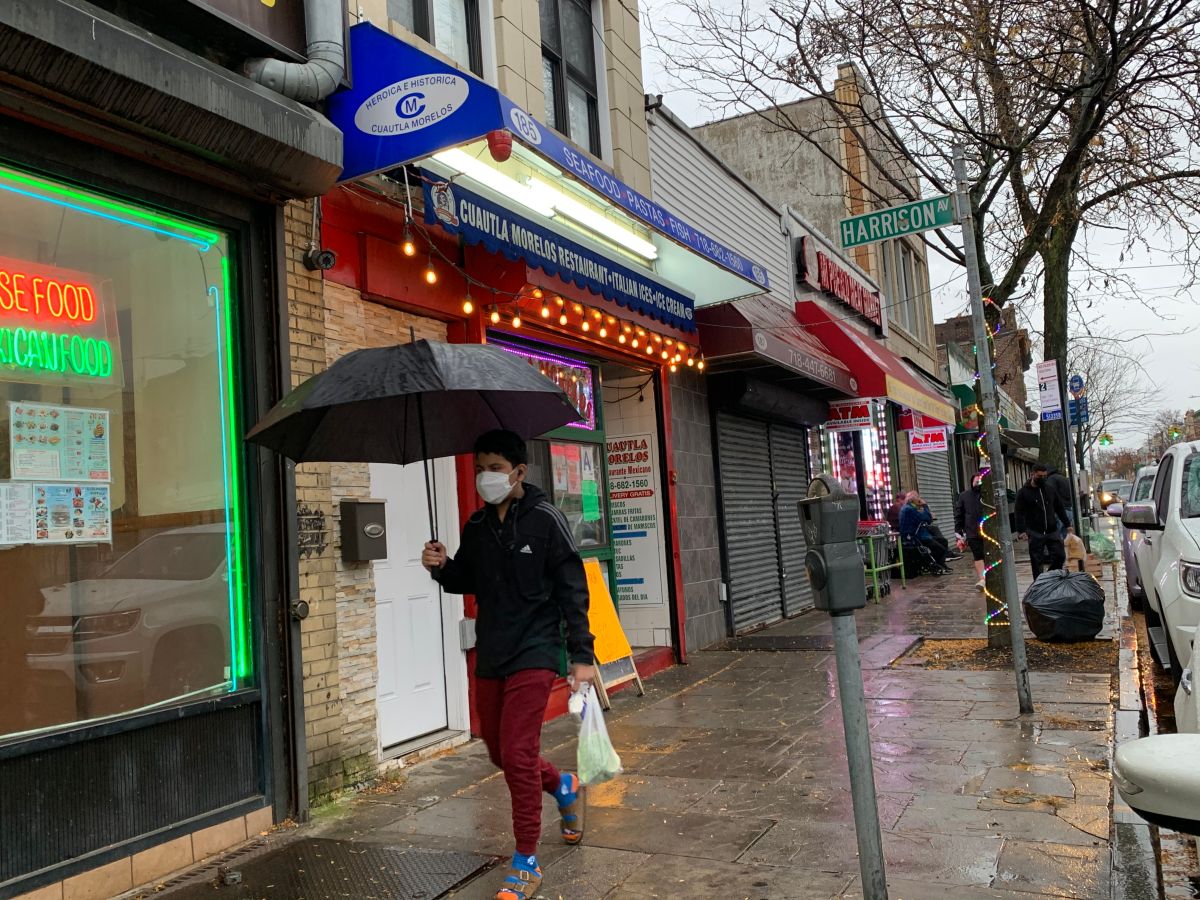 After the governor Andrew Cuomo strongly criticize New York City for the slowness at which they are giving vaccines against COVID-19, and threaten to impose fines of up to $100,000, if they don’t administer the vaccines they have for the end of this week, Mayor Bill de Blasio made a call to work together and seek more effective mechanisms. When figures show that of all the vaccines in his possession, only applied 31%, the local president asked the State and the federal government to grant the City freedom to vaccinate.

“We need to hear from our healthcare leaders and our healthcare workers who are saying, give us the flexibility to vaccinate to more and more people, let us have the ability to do our job in the right way, give them the freedom to vaccinate and they will vaccinate thousands, tens of thousands, then hundreds of thousands, then millions, “said the mayor. “What they don’t need is more bureaucracy. What they don’t need is the threat of fines. Why don’t we stop talking about fines and start talking about the freedom to vaccinate, letting the professionals do their job? So, we are going to move with all the speed, capacity, creativity, flexibility imaginable to do what we can, but we need the help of the state government. We need help from the federal government. “

In this vein, the leader of the Big Apple announced a plan to increase the speed of the vaccination program, with the adaptation of 24-hour service points throughout the city, but he insisted that the State should give him the green light.

“We are going to take a next step in our effort beyond hospitals and clinics and the sites we have already established, around of 125 sites in New York City, reaching around 160 this week. We are going to start a new type of site, a mass vaccination site, ”said the Mayor. “We want to create public sites where anyone in the appropriate categories can come. 24 hours a day, seven days a week and get vaccinated. They will be in the five boroughs“.

The boss of the Big Apple warned that the City has the capacity and the staff to advance more quickly in the vaccination plan.

“And I’m thinking particularly of people over 75 And of course I’m thinking of all the essential workers, the public workers, the first responders, the educators, but also the grocery store workers, the people who have been with us through this crisis… I want you to it is easy for everyone to get vaccinated, “he said. “With the support of the state, with the approval of the state, we can move that in a matter of days and open a completely new front.”

The Mayor affirmed that will announce the sites that are enabled when they are ready, but anticipated that some of those points would be located in the Brooklyn Army Terminal, the Annex Building in Sunset Park, Bathgate Industrial Park in The Bronx and La Marqueta in East Harlem.

“These will all be public sites, City-owned sites and we will send you details on exact times and locations as they connect. And again, this is in addition to all the facilities of Health + Hospitals, to the vaccination centers that we have already been installing, even in the buildings of the public schools and the emerging sites of the Department of Health, ”he warned.

De Blasio he also asked the Cuomo Administration to give the Big Apple the approval to be able to vaccinate from now on groups that still do not appear in the immunization plan currently.

“Health heroes deserve to be first. They were at the greatest risk. They surrendered, unfortunately, many of them gave their lives to be able to take care of the patients, but now we want to go to the people with the highest risk, who we know are older people, ”said the president, warning that many people on the line they have not wanted to vaccinate and leave those doses free.

“Let’s give our health heroes the freedom to vaccinate. So, if someone is 98 years old, let’s give them a vaccine. If someone is in one of the hospitals and is over 75 years old, they should automatically have the right to be vaccinated. We can do more than one thing at a time. We can focus on vaccinating all the heroes of health care who want the vaccine, “said the politician. “To all people in nursing homes and who work in nursing homes who want the vaccine, at the same time we expand the categories, reaching people over 75, reaching educators, reaching police officers, reaching all the people we need to receive the vaccine as quickly as possible ”.

The Mayor recalled that the city plan is to vaccinate 1 million of people in January, but he warned that he needs federal help to carry out his plan, so he sent a letter to the vice president Mike Pence.

“We have a challenge, because right now, in New York City, we don’t know when we are getting future shipments. We cannot plan. We need to do a million doses in the month of January. We still don’t know where those doses will come from. We need the federal government to fully use the Defense Production Law to maximize production, to give us the greatest possible clarity on the schedule so that we can plan, “he warned. De Blasio.

The City further announced that This week they will begin vaccinating unaffiliated physicians such as dentists, physical therapists, home health aides and optometrists, an estimated 50,000 professionals.

De Blasio He also referred to the authorities’ concern about the new strain of the coronavirus that was discovered in the United Kingdom, which has already arrived in New York, and took the opportunity to call on the federal government to that a ban be issued on the arrival of flights from that country.

“We now have a new enemy, this new variant that was first identified in the UK. We should all be concerned about this. Thank God, not because it is more deadly, but because it spreads, unfortunately, even faster ”, commented the Mayor. “We need the federal government to step in here and ban all travel from the UK to the US. And obviously I’m more specifically concerned with the three airports that serve New York City. It is time to leave the halftones. I mean, right now, you can still get on a plane in London, not even have proof that you have a negative test and happily come to New York City and spread the disease. Why? Why is that happening?“.

The mayor said that if a radical measure is not taken, New Yorkers are being put at risk.

“If we don’t have a travel ban, then we are literally inviting to this new and horrible variant on the door even more and that does not make sense (…) Let’s end that danger right now“He added.

He Governor Cuomo, for his part, he assured that the new strain of coronavirus “could change the rules of the game”, since it represents a greater threat.

Noting that the deaths of the last day they reached 149 and warn that there was 12,666 new infections, raising the average to 8.31% statewide, Cuomo called on those who have been exposed to the new strain to contact health authorities.

“This is a virus with which we must be very careful (…) Even if the lethality does not increase, the fact that it is much more transmissible is a very real problem ”, commented the Democratic leader. “ANDThis is a virus that travels. But we have to know. Containment is vital here. It dramatically increases our challenge and we have to be aware of it. “