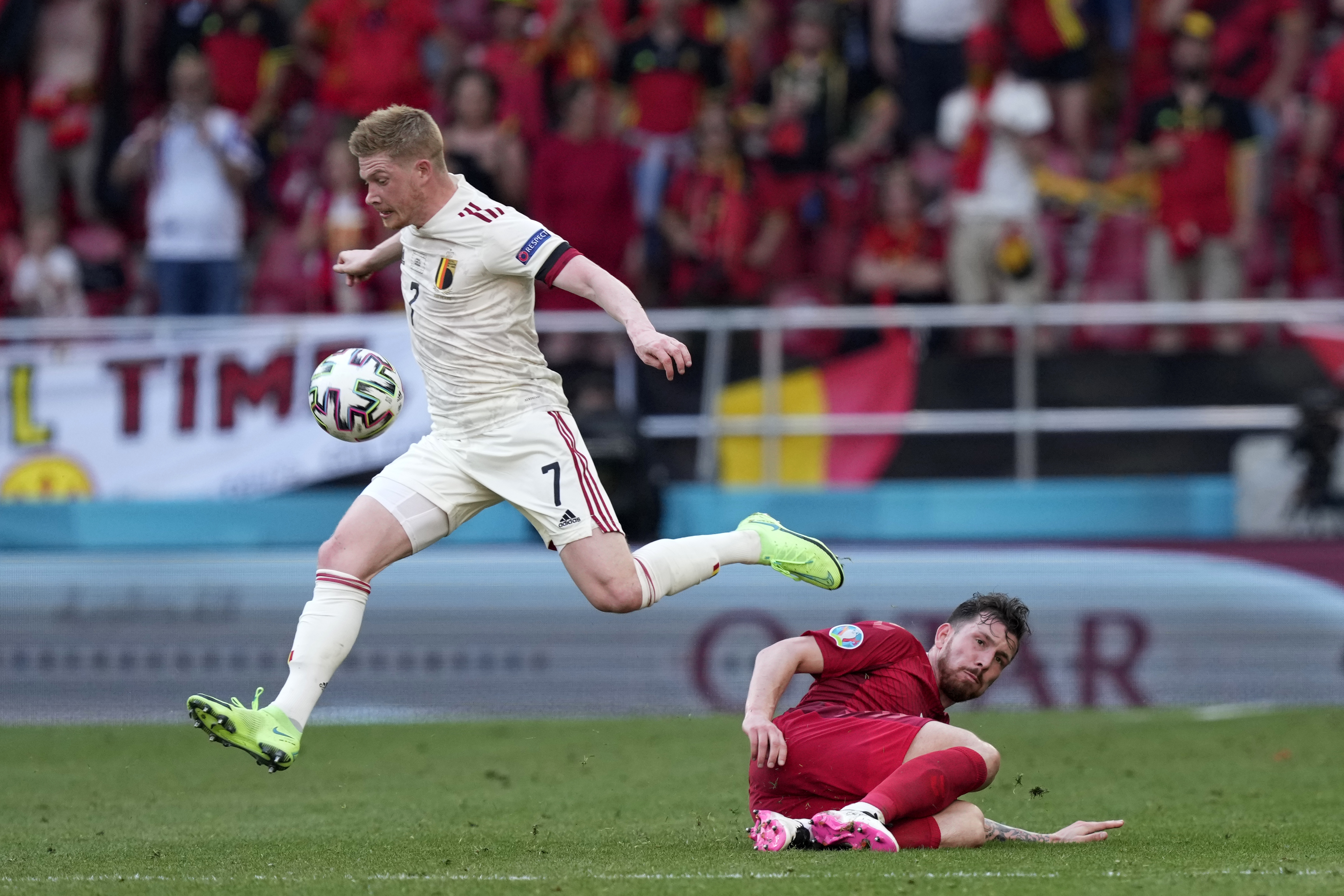 The public packed the Parken Stadion in Copenhagen to attend Denmark-Belgium and pay tribute to Christian Eriksen in the place where he suffered a cardiorespiratory arrest last Saturday. Fired with sentimental fervor, the crowd intoned the You’ll Never Walk Alone tight as if there were no pandemic and the local team did not take long to show that they participated in the same emotion. What followed was 90 minutes of contrasts. On the one hand, the dedicated Danes practicing honest, harmonious, dynamic and relentless football. On the other, the accommodating Belgians, scattered and beaten, forced to climb up on the basis of isolated impulses of genius. Belgium narrowly won, thanks to an invaluable left-foot drive from De Bruyne from outside the area. The 1-2 places the favorites within a step of the eighth but does not dispel the unknowns about their game.

When Roberto Martínez decided to change the architecture of Belgium and suppressed the 4-3-3 to mount a 5-2-3, he did something that coaches usually do when they see symptoms of indolence. It does not seem by chance that the measure affected this Belgium of gentrified players, people who feel they reached the zenith in the semifinals of the 2018 World Cup. In anticipation of oversights, the Spanish coach added a center back to his rear as a safety net. It was ironic that it was the free, Jason Denayer, who made the first of the chain errors that led to 1-0 two minutes into the game. Denayer counter-kicked Tielemans and the ball landed at Hojbjerg’s feet at the edge of the area. Instead of turning to interrupt the raider, Tielemans gave him a figurative mark. Hojbjerg then played with Poulsen who, watched by Vertonghen, finished on goal.

The 1-0 revealed two things. That Kjaer’s boys were inflamed and that Belgium had come out on the pitch with as much desire to win as to play without suffering. It is a vice of well-to-do footballers. They try to impose themselves by their technical purity, without straining, without pressing, without body, without being unmarked, asking for the balls at the foot and living the game from contemplation. For almost an hour, Belgium lowered its main category in this European Championship to below Denmark.

Able to sign dazzling actions as well as to perpetrate countless absurdities, Tielemans lost balls at will. To the disorientation of the rider of the red team contributed the energy with which they pressed and offered all their adversaries in the midfield, especially Delaney, Hojbjerg and Damsgaard, tirelessly supported by Braithwaite. Thanks to generosity in well-understood movements, the Danes achieved such a rhythm of movement and harmony that at times they turned their opponents into stunned pursuers. Alarmed, after the break Roberto Martínez put De Bruyne for Mertens.

The entry of the City midfielder did not alter the pulse of the game but allowed Belgium to lose fewer balls. It was enough with that, and with a mistake by Vestergaard in Lukaku’s mark, so that before game time the visitors found the opposing defense defeated before a counterattack. Lukaku broke, De Bruyne assisted and Thorgan Hazard clinched at the far post. Fifteen minutes later Lukaku disposed of three stalkers, the Hazard brothers threw down a wall, and De Bruyne saved the day with his famous 20-meter shot.

Apart from the rare effusions that gave it the advantage, Belgium lived in shock. Riddled to shots from Braithwite, who had three clear chances in the last minutes and crashed a shot into the squad, locked in by the impetus of a rival who did not give up until he had exhausted all his resources in a match that delves into the enigma of the Red Devils. As has already happened in St. Petersburg, at times, the victorious team in Copenhagen does not play like the wonderful gathering of talents that it is, but like a team looking for its own soul, for the moment, without much success.