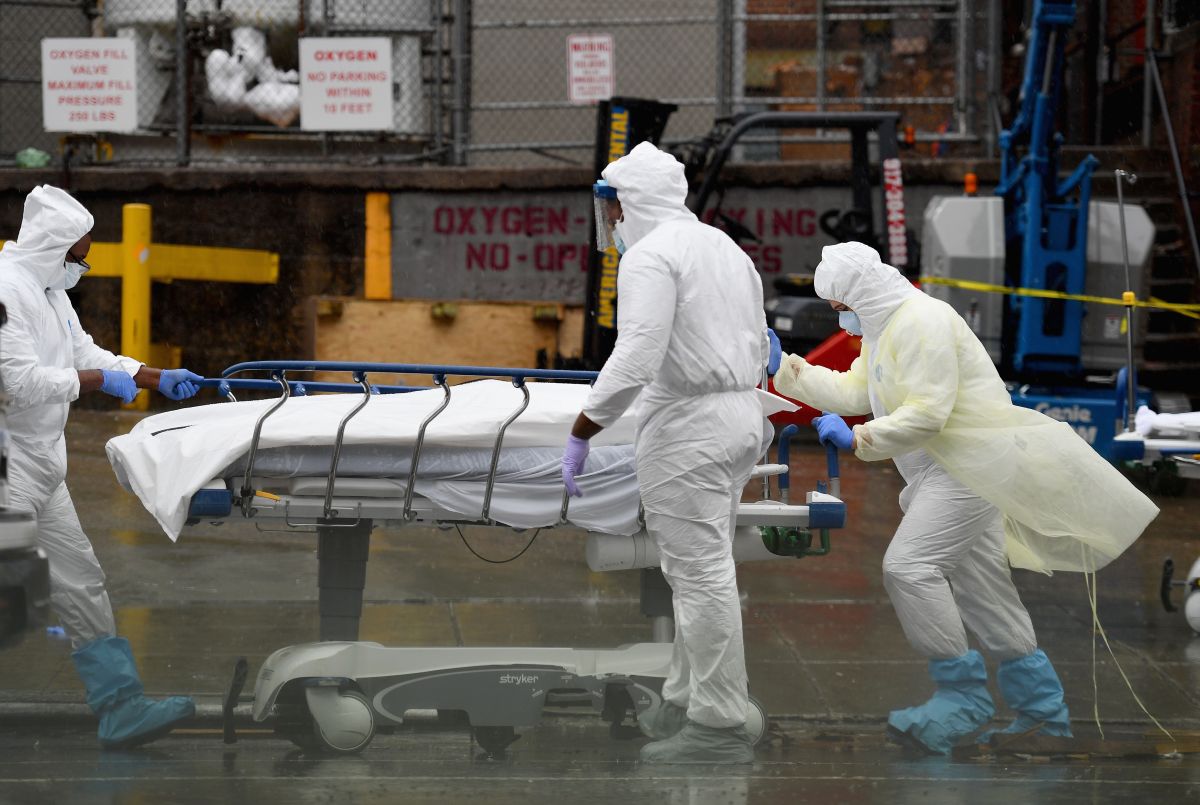 Just when the country’s health authorities are about to approve the vaccine against COVID-19, the deaths from the disease continue to skyrocket. Since the last week figures have been exceeded that seem to confirm that the Thanksgiving bridge had dire consequences.

Just this thursday 3,110 people died from COVID-19, a new record set in a single day. The country reached another mark the same day, with about 230,000 new infections, according to data from our sister network NBC News.

In the span of five days, a million new cases have been registered and there are more than 106,000 people hospitalized. Every day they are infected on average 209,000 people

Since the pandemic began, more than 292,000 people have died from this disease, thus exceeding the number of US military deaths during the World War II (291,557 in combat, according to the federal government).

In this conflict, a total of between 70 and 85 million people died around the world, a figure very far from the global number of victims of the pandemic (1.6 million, according to the Johns Hopkins University count).

What do these daily deaths mean?

The previous record for daily deaths was on Wednesday with 3,102 deaths, according to NBC News. The highest peak recorded in New York in April, when the city was the epicenter of the pandemic, was 2,603 ​​deaths.

The number of deaths recorded since Wednesday are more than those caused by the terrorist attack on the Twin Towers in New York of the September 11, 2001. 2,977 people died in that attack.

All these episodes are remembered as some of the tragedies that have most marked the West.

Since then, the days with the most deaths in the country’s history have all been registered in the last week.

All of these deaths are more than those in the attack on Pearl Harbor in 1941.

Wednesday’s figure, and therefore Thursday’s, overshadowed the deaths that occurred on the first day of the invasion of Normandy during World War II (2,500 Americans died, as well as 4,400 allies).

Experts predict that these deaths will continue to increase for this whole month, at least.

Depending on how quickly the Food and Drug Administration (FDA) approves the recommendation of the expert panel that approved Pfizer’s vaccine yesterday, injections could begin in just a few days, ushering in the largest vaccination campaign ever. the history of the country.

In St. Louis, Missouri, pulmonary physical therapist Joe Kowalczyk confesses that he has seen whole floors his hospital overflowing with COVID-19 patients, that the supply of ventilators is dwindling and the inventory is so low that colleagues on a shift had to ventilate a patient using an unsuitable machine.

What are the side effects and how safe are coronavirus vaccines]

When you go home to sleep during the day after your exhausting night shifts, sometimes he has nightmares.

In South Dakota, Dr. Clay Smith has treated hundreds of COVID-19 patients, working at Monument Health’s Spearfish Hospital and Sheridan Memorial Hospital in neighboring Wyoming, said patients are left stranded in the ward. hours of nursing while waiting for beds on the main floor or transfers to larger hospitals.

And those transfers are getting more challenging, with some patients being sent as far away as Denver, 400 miles (644 kilometers) from the two hospitals.

New Orleans Health Director Dr. Jennifer Avegno described a recent visit to a hospital where she observed doctors, nurses, respiratory therapists and others risking exposure to disease in a long and futile attempt to save a dying patient with COVID-19.

Some broke down in tears later, Avegno said.

“These are experienced emergency and intensive care personnel,” he said. “We don’t cry very often, and especially not several of us at the same time.”

In New York City, which was devastated by the virus in the spring, a doctor gave a note of relative optimism, saying that at least doctors are better able to handle the virus now.

“We are really operating from knowledge now, which is a huge leap from where we were in the spring,” he enthused.