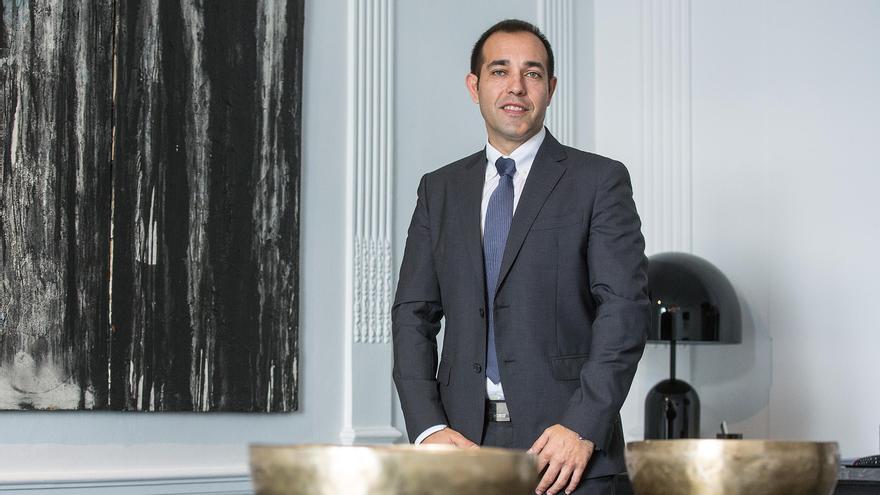 Sebastián Crespo Baeza is a partner of the Alicante firm specialized in business advocacy, Devesa and Calvo Lawyers. He has a degree in law from the University of Alicante and a specialist in commercial, bankruptcy and economic criminal law. He joined the firm in 2008 after passing through the multinationals PriceWaterHouse Coopers and Deloitte. He has almost twenty years of experience in the practice of law, and is currently responsible for the procedural area from the company.

– When should a company go to a bankruptcy and what happens if it does not urge bankruptcy?

The declaration of insolvency will proceed in the event of insolvency, which may be current or imminent. We understand that the state of insolvency occurs when the company that cannot regularly meet its financial obligations. Go to Insolvency proceedings It is an obligation that must be met within two months from the date on which the state insolvency.

However, temporarily the Royal Decree-Law 16/2020, of April 28, of procedural and organizational measures to deal with Covid-19 in the field of the Administration of Justice, indicated that until December 31, 2020, the debtor who was in a state of insolvency would not have the duty to request the declaration of insolvency. This moratorium is now extended to March 14, 2021.

– What advice would you give from your experience to a company that is in bankruptcy proceedings?

Delaying decision-making in the face of company problems, especially if it is based on greater indebtedness, causes that in the long run the bankruptcy only serves to protect the personal responsibility of the company’s administrators, and liquidate the company from an orderly way.

Facing problems when they start and making early decisions thinking in the long term, is usually what differentiates the company that is restructured, and can continue in the market, from the one that runs out of room for maneuver and ends up doomed to closure. Sometimes, through an agreement with creditors, it is possible to refloat a company if it is viable.

– What types of bankruptcy proceedings exist and how are they different? What is the express bankruptcy?

Law degree from the University of Alicante and specialist in commercial, bankruptcy and economic criminal law.

We professionals have coined the expression express contest that defines those bankruptcy of companies and freelancers in a situation of insolvency and with evident inability not only to meet their overdue obligations, but also to the expenses that the bankruptcy process implies, so that in unity of act the voluntary bankruptcy of the Entity, and before the so-called mass insufficiency, the extinction of the Entity is agreed.

– A new bankruptcy law has just come into force, what are its main novelties?

With the new regulation, among many other issues, the bankruptcy judge now assumes greater powers to hear about liability actions against administrators or liquidators, a systematic rearrangement of regulation on the benefit of the exoneration of the unsatisfied liability of the individual debtor and the requirements to access said benefit are simplified, in addition the responsibility and accountability regime of the bankruptcy administration.

– What happens with the workers of the company in a company that is going to bankruptcy? And with the creditors, are there some more privileged creditors than others?

During the bankruptcy process, the company can maintain its activity and the jobs, although with the intervention of a bankruptcy administrator appointed by the Commercial Court. The processes of bankruptcy do not have to end with the liquidation of the company, if it is viable and is going through a temporary crisis, it is possible to approve a agreement with creditors that allows the company to re-float and its future continuity.

If the company is finally liquidated, the employment contracts are terminated, the workers enjoying the protection of FOGASA in relation to their wages e compensation up to the legal limit.

– Are many bankruptcy proceedings currently being processed? What are the forecasts that are being handled for the next few months?

Each of the three Courts of trade of the province will have processed approximately forty tenders, despite the suspension of the duty to request the declaration of bankruptcy. It is difficult to estimate. A good part of the legal provisions adopted in recent months they have tried to avoid, or at least delay, a wave of bankruptcies and layoffs.

The Alicante firm of which Sebastián Crespo is a part is specialized in business advocacy.

The extension of the FOR HIMFor the moment, it avoids layoffs in those companies that cannot reabsorb their workforce, and the extension, approved this week, of the waiting periods to return the ICO loans signed at the beginning of the pandemic, tries to avoid the entry into default of thousands of loans granted by the bank but guaranteed by the State that, as a consequence of the lack of activity, restrictions on mobility, business closures and a persistent drop in billing, cannot be serviced by borrowers.

We will know the real impact on productive and labor fabric, as these measures decline. The normal thing is that throughout the next year many companies go to the bankruptcy process either to liquidate the company in an orderly way, or, to renegotiate their debt with their creditors through an agreement, if they have managed to resume their activity and are viable, provided they restructure the debt accumulated in these months of downturn in economic activity.