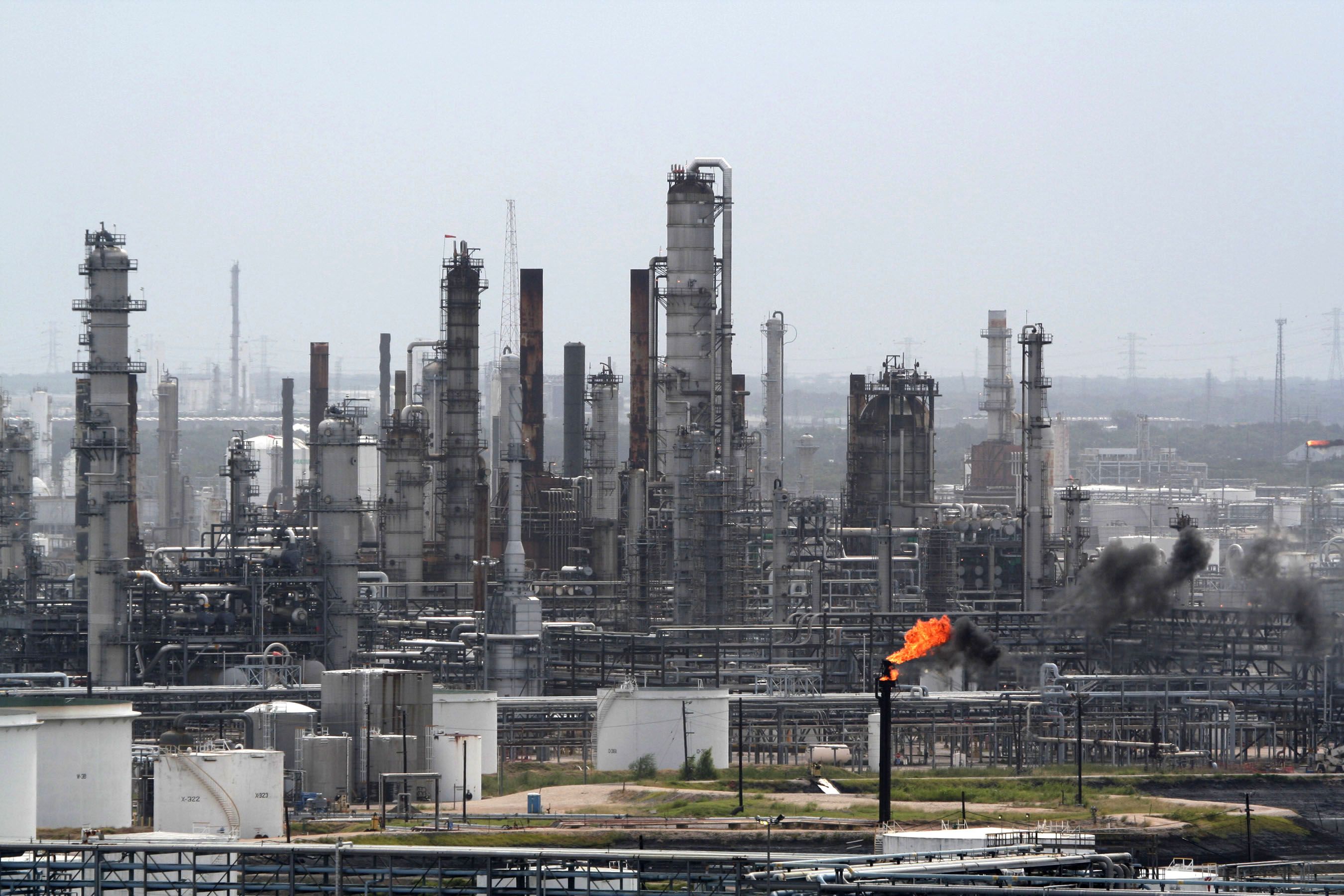 What was already getting in the way for an oil giant, it works for Mexico. The state-owned company Petróleos Mexicanos (Pemex) approached the Dutch Shell in October with an offer to buy its stake in the Deer Park refinery in Texas and become the sole owner. Shell was not selling it, but like the rest of the hydrocarbon companies, Shell is already beginning its transformation to become a supplier of clean energy, so a fuel refinery will stop offering big profits in the near future. In addition, Deer Park has become the focus of environmental pollution lawsuits and scandals in recent years.

That does not matter to the Mexican government. The vision of President Andrés Manuel López Obrador, who has made Pemex a symbol of national sovereignty, is for Mexico to become self-sufficient, producing all the fuel it consumes. What the president did not say in his announcement on Monday is that the type of crude that is extracted from Mexican waters is heavy and requires less and less profitable processing, so its demand has been losing strength in international markets. With the purchase of Deer Park, therefore, Pemex could boost demand for its own crude, sustaining its price.

“In this way we are going to stop buying fuels, gasoline, abroad, Pemex is going to process all the crude oil and it is going to convert it into gasoline, into diesel. We are going to be self-sufficient, this by 2023 ″, López Obrador said in his announcement, “that we Mexicans become the owners of the refinery” abroad.

Whether or not the nearly $ 600 million investment is a good idea to divide energy industry analysts, experts and investors will probably not be known for sure for a few years. What is clear is that the ad ranged from discomfort to irritation. While the Government promotes “republican austerity”, it took resources from states and municipalities, as well as from the national development bank, to invest in an asset outside the country, where it does not have jurisdiction. And, beyond that, it portrays Mexico as a retrograde country, with a government that does not mind continuing to pollute the air and where everything possible is done to encourage the use of fossil fuels over electric cars, much less pollutants.

The announcement came in a busy week for the global oil industry. A Dutch court ordered Shell to reduce its greenhouse gas emissions by 30%, based on a lawsuit from environmentalists. At Exxon, two climate change activists became the first board members of their kind, a sign of shareholder discontent over the company’s contribution to carbon emissions. BlackRock, the world’s largest fund manager, supported the new directors “given the possibility that the demand for fossil fuels could decline rapidly in the coming decades.”

“The world is moving from dirty energy to clean energy everywhere except Mexico,” says Luis Maizel, director of LM Capital Group and investor in long-term instruments, including Pemex debt bonds and Mexican sovereigns. “Mexico is becoming the country of dirty energy. If you ask me if what they did is right, the answer is probably not and more if you consider that, supposedly, they are already building Dos Bocas and continue investing in refineries when the world’s trend towards clean energy and other things does not make much sense. ”.

Since 2004, Deer Park has lost lawsuits from environmentalists, paid fines for polluting the air in and around the city of Houston, and even for a spill of carcinogenic chemicals. In 2019, a non-governmental research center found that Deer Park exceeded legal limits for emissions of benzene, a carcinogenic chemical, into the air.

In addition, Maizel points to the phone from California, the future of the oil companies is no longer in the refining of fuels, a business that is increasingly expensive and in less demand each year. The future of oil companies is in the petrochemical industry, analysts agree, which is necessary to produce solar panels and other clean and renewable energies. But López Obrador clarified at a press conference this week that Pemex will not invest in that industry. “Shall we go to rescue the petrochemicals? We are not going to achieve it, we are going to leave the bases, but we are not going to be able to, “the President told reporters at the National Palace.

While many may question Pemex’s decision at a time when several national and international oil companies are reducing their exposure to refining, the acquisition is strategic and should not be seen as thoughtless, Adrian Duhalt, a researcher at the Institute, said in a text. Baker Department of Public Policy at Rice University in Texas. “Deer Park can offer valuable advantages to Pemex,” wrote the expert, “for example, it provides the opportunity to process higher volumes of Pemex crude production there and displace current suppliers, thus reducing uncertainty in terms of market access. from exportation”.

This means that, in the face of a declining demand for heavy crude from Mexico, known as Maya, Pemex would be filling a gap in demand and will help sustain an attractive price. This was also said by the Secretary of the Treasury, Arturo Herrera, in social networks: “the investment in Deer Park was of a strategic nature to release Maya-type oil.”

It is recognized that the existing refineries in Mexico are not in good shape, Duhalt also said, “and that their operations are frequently compromised, which affects Pemex’s production levels and therefore its position in the domestic market. Deer Park’s fuel production, when marketed in Mexico, can help Pemex maintain and even expand its market share ”.

According to Pemex itself, when they buy Deer Park they also acquire the refinery’s debt, which reaches 980 million dollars. Pemex is the world’s most indebted oil company and its credit rating is considered speculative or “garbage”. As a result of the purchase announcement, the risk agency Moody’s lowered its rating on Deer Park, arguing that Pemex’s credit profile is much weaker and therefore impacts that of the plant.

López Obrador assured that the purchase does not increase the country’s debt, since it will be financed, in part, with resources from Banobras, a development bank whose purpose is to finance works within the country, as well as the National Fund for National Emergencies (Fonden) . The Secretary of the Treasury corrected this in a publication on social networks, saying that they will not be resources from Fonden but from Fonadin, a fund for infrastructure works that goes to states and municipalities.

“What should worry us is that there are little guards that we don’t know about,” says Maizel, “in theory, the government has to make its finances transparent, which are public finances, everyone has to know what you have.” And he adds: “The shape bothers me more than the background, that is, the fact that money can suddenly appear that no one knew was there like digging in the living room chair.”

The acquisition has yet to be approved by regulators and authorities in the United States, said Ramsés Pech, an energy analyst at Caraiva y Asociados. “The table presented by the Government in which they indicate how it would be financed suggests that there would be a lack of money,” says Pech, “Banobras in 2021 would not have money to finance infrastructure works by using all these funds. States and Municipalities should evaluate their works and we take into account that Banobras’ vocation is not to lend money for works outside the country ”.

“To tell the truth, there is no doubt that it is strategic for a country like Mexico to produce a percentage of its own fuel to meet demand,” wrote Duhalt of the Baker Institute, “but López Obrador has something slightly different in mind: energy sovereignty. ”.

The announcement comes at an “important electoral moment,” says Santiago Arroyo, director of Ursus Energía, a consulting company for the sector. According to data from the Ministry of Energy, referring to the legislative elections and in some states on June 6. López Obrador announced that the purchase of Deer Park will prevent the price of gasoline from increasing in Mexico. “He is not explaining to the electorate that the benefits of this acquisition of Petróleos Mexicanos could be seen within the next 10 or 15 years,” says Arroyo, “that they will not see it reflected that there is still a long way to go to benefit the pocket of ordinary Mexicans. ”.

“The hit of reality is that perhaps in 30 years this refinery will lose total utility given the expansion of new mobility technologies,” says Arroyo. Data from the National Institute of Statistics and Geography (Inegi) show that while the conventional vehicle fleet has been maintained in recent years, that of electric vehicles has been increasing.

“We are talking that within eight years electric vehicles here in Mexico will reach in proportion to conventional vehicles,” explains Arroyo, “this will also make the market lose value little by little and demand will decrease and plans to Pemex are seeing truncated “.