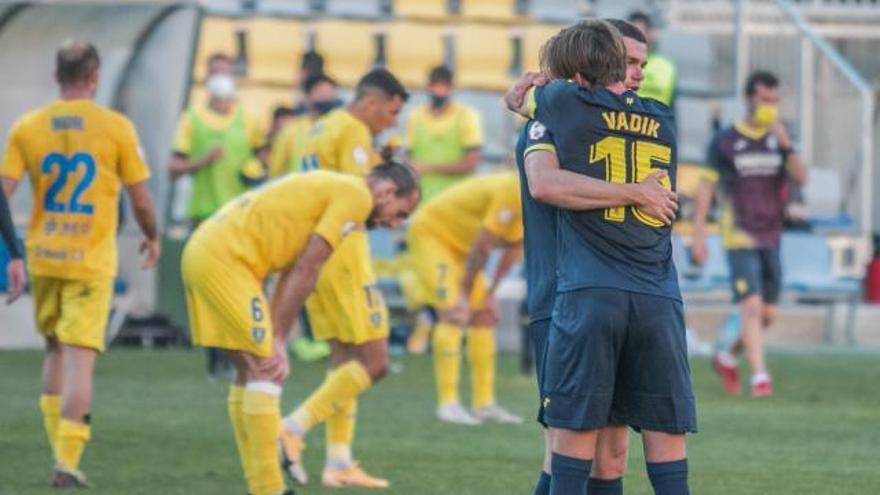 Villarreal B ended Gerard Albadalejo’s stage on the Orihuela bench. The defeat suffered by the subsidiary of the «yellow submarine» has been the trigger for a dismissal that has already been rumored for a few days. Albadalejo himself was in charge of announcing it at a press conference after the game, trying to downplay something that is becoming more and more natural in the world of football: the dismissal of coaches when the results do not follow. The Catalan coach revealed that on Saturday, the board let him know that if he did not win at Villarreal B he would be dismissed and that is how it happened. In the same way he pointed out that It only remains for both parties to reach an economic agreement so that their departure becomes final, something that is expected to happen in the next few hours. Albadalejo’s departure occurs after the severe defeat that Orihuela suffered against Villarreal B, which condemns him to the fight for permanence. It was a game that was marked by the expulsion of Miguel Marí at 27 minutes. The game started well for the Scorpions. When the first minute had not yet been completed, Solano made it 1-0 on the scoreboard and after five minutes the visiting goalkeeper Filip was injured. Orihuela benefited from that unfortunate start and gained confidence in a momentous match to continue having options to leave the lower zone. It was difficult for Villarreal B to focus and take their place in the field. The scorpion team was confident and tried to press up to prevent Villarreal B’s work of creation. But Arana tied with a strong shot at 20 minutes and, again, doubts arrived. Misfortune changed hands to settle on the side of the local team. So much so that seven minutes later Miguel Marí was sent off with a red card and almost immediately after, Millán made the 1-2r to the greater misfortune of those from the Vega Baja. In a few minutes of much confusion in Orihuela, Leandro avoided the third of the visitors and the team began to lose their roles, forcing Albadalejo to make the first change after half an hour. Shortly afterwards and gradually, the Oriolano team was again gaining confidence and enjoying more security. In fact, shortly before the break, Solano had the chance to tie with a header that narrowly missed. At half-time, visiting coach Miguel Álvarez decided to leave Agüero in the dugout and admit Collado, unfortunately for the scorpions, who saw that young player score 1-3 in the first minute of the second half. From there, Orihuela endured the guy as best he could with the difficulty of being outnumbered. The effort of the whole team, very generous in the collective work, and the actions of Leandro under the sticks, kept it 1-3 until Chechu Flores was knocked down inside the area and he himself was in charge of transforming the penalty in the 78th minute. The Albadalejo team thus shortened distances, leaving a door open to hope for a possible draw. Those of the Vega Baja tried until the end to besiege the opposing goal in search of the miracle, but it was wanting and not being able to. To make matters worse for Oriolana’s misfortune, in one of those actions in which the team was overturned, a counter ended with Villarreal B’s fourth goal. Finally, it was consummated that he will have to fight in the next phase for permanence and it remains to be known which coach He will be the captain who guides the team towards that possible port of salvation.