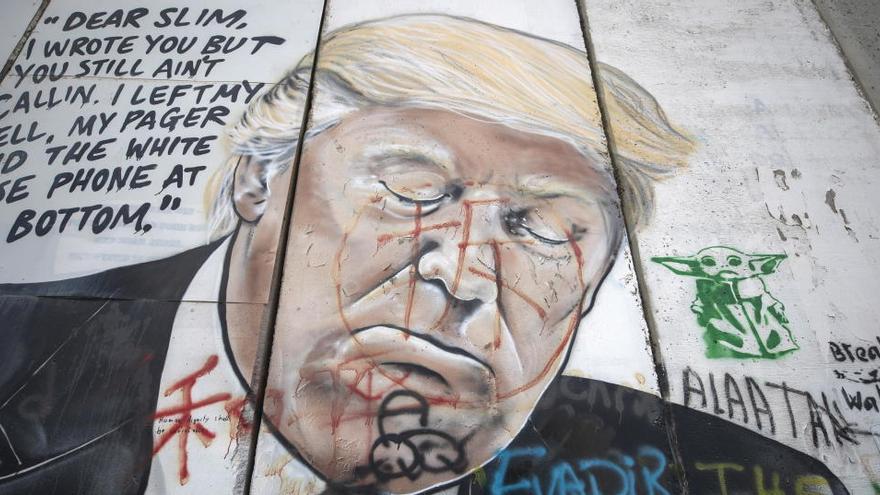 Refusal to accept defeat of the president, Donald Trump, in the elections last Tuesday opens a chaotic scene in the US with the Justice Department backing unfounded allegations of voter fraud, while cooperation with Joe Biden’s transition team remains blocked.

Four days after it was projected to Biden, a Democratic candidate, as the next US president, Trump remains sheltered under a wall of accusations without evidence.

“We are making great progress. Results will start coming in next week. Let’s make America great again“Trump said early Tuesday from his Twitter account without offering details about it.

Although initially the Republicans had opted for silence, little by little party leaders have been offering nuanced support for the president’s complaints.

“The president is 100% on your right to investigate allegations of wrongdoing and weigh his legal actions, “said Mitch McConnell, Republican Majority Leader in the Senate last night during a speech in the Senate.

McConnell refrained from acknowledging the media projections that gave Joe Biden the victory in the November 3 election.

The current situation is in marked contrast to what happened four years ago, when Trump prevailed over the Democratic candidate, Hillary Clinton.

Just a few days after the result was known in 2016, Trump was received in the White House by the then outgoing president Barack Obama (2009-2017), and thus began the process of transmission of power. A scene that seems unthinkable now.

Tensions within the Department of Justice

Given the unusual situation, the internal turmoil in the federal agencies is more than evident. A few minutes after the US Attorney General, William Barr, ordered an investigation into the alleged fraud in the presidential elections, the director of electoral crimes of the Department of Justice, Richard Pilger, announced his immediate resignation.

“Having become familiar with the new rule and its ramifications (…) unfortunately I must resign my position as director of the Electoral Crimes Division“Pilger announced in an internal communication leaked to US media on Monday night.

Pilger also regretted that Barr’s order “repeals a 40-year rule of non-interference (federal) in electoral fraud investigations during the period prior to the certification of the elections.”

Barr had criticized precisely the role of Pilger’s division and had forced all the Justice Department prosecutors to investigate alleged irregularities in the past presidential elections before the results are final.

Transition in the air

The government agency charged with initiating the transition process is the General Services Administration (GSA), once it determines that there is an “apparently successful” winner in the election. Something that, for the moment, its director, Emily Murphy, appointed by Trump, has not done.

While Biden saw fit to give a few days for the Trump Administration to assimilate the defeatLittle by little, the campaign of the president-elect grows uneasy about the belligerent position of the president.

“We believe that the time has come for the GSA director to quickly certify Joe Biden and Kamala Harris as president and vice president-elect,” a Biden adviser said in a phone call last night.

This certification is necessary for the transition mechanics begin to operate, by granting members of the president-elect’s team access to government information and allowing them to establish contact with officials of federal agencies.

Biden considers this step especially necessary given the seriousness of the coronavirus crisis, which has left more than 237,000 dead in the US.

The campaign of the outgoing president, as well as the Republican Party, have filed more than a dozen lawsuits – some already withdrawn – in various states denouncing alleged irregularities, but even if these cases were true, they do not seem to be enough to reverse the result.

To win the elections in the courts, Trump should turn around the scrutiny in Pennsylvania, Georgia and Nevada or Arizona, all of them states in which Biden has already been declared the winner or clearly leads the scrutiny.

According to the latest counts, Biden has 290 votes in the electoral college, up from the magic number of 270 for victory.