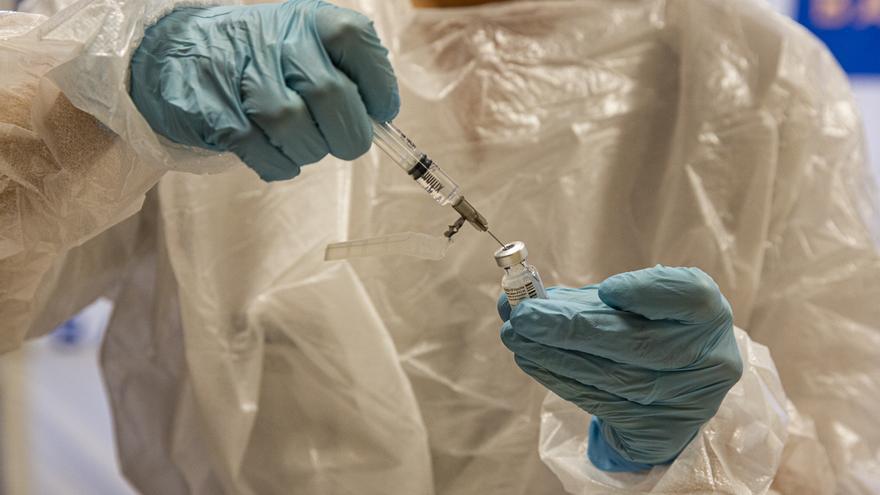 The new strains of the coronavirus have made their appearance at the epidemiological level of the province. Added to this is the relaxation of health measures and the delay in vaccination after the problems that occurred with the AstraZeneca vials, injectables that the Consell will resume next Wednesday.

To this formula, we must add the San José bridge and Holy Week that begins next Monday, March 28. These circumstances do not go unnoticed by the experts, who are “Absolutely sure that the fourth wave will arrive”.

This is how Juan Francisco Navarro, president of the Valencian Society of Preventive Medicine and Public Health, explains: «The same circumstances continue to occur as on previous occasions, we do not have more than 20% of immunized people among those vaccinated and who have passed the disease, although not all of the latter have developed immunity. We have now had the San José bridge, the prelude to Holy Week, thank goodness that time has given us a hand ».

For his part, José María López, a retired preventive doctor but reincorporated to active duty to put an end to this pandemic, would not set a date “but a fourth wave is inevitable, I am convinced», Points out this doctor, that if he has something, it is a vocation.

With the experience of the three previous waves, «the process is cyclical, every two or three months a new epidemiological wave takes place. As soon as we see that the incidence has dropped a lot, the measures are opened and, as a result of that, the infections rise, “says Navarro.

The doctor reveals an American study «in which it was said that the incidence would increase in a very important way throughout the month of April, especially in the second fortnight, with a peak at the beginning of May », he points out.

To this projection we add the ingredient of the variants, “the English is already the majority, with a contagiousness that can be higher by 70% and a lethality between 30 and 50% more, depending on the studies.”

In this sense, López shows the existence of 75% of unimmunized people “who can have the disease, a fundamental reason. Strains can, if they are more contagious, speed up the movement. The more facilities we give the virus, before the fourth wave will arrive. If customs are relaxed, if there are crowds, it will favor transmission. The other effective way that would prevent a fourth or fifth epidemic wave is mass vaccination, “he reiterates.

About when it will arrive the peak of infections in the fourth waveNavarro declares that “there may be a variability of two weeks.” The forecasts? «During the last San José bridge and Holy Week the contagion curve began to rise in a slow but convincing way, above 100 or 150 and, at the end of April or the beginning of May, it was already expressed in an epidemic curve great ”, declares Navarro forcefully.

Both are aware that this delay in vaccination will influence and could advance the fourth wave. Now we have to do a sprint and “finish vaccinating in the 80s. We ask that we allow ourselves to vaccinate patients in the day hospital, transplant patients and the most serious cancer patients, they are those who have the highest risk of disease serious and fatal, “they maintain from the Society of Preventive Medicine.

Navarro advises, in the tracking and follow-up of covid cases, not to do it by phone but in person, as in China, Vietnam or Australia. «If a tracker or a health worker from the Health Center goes to the home of the positive or contact of the positive, he or she can check if isolation can really be done or not, if there is space in your home to locate relatives since one of the rooms is it will be blocked by the contact or the positive case. You also check the physical condition of the person and if they have doubts about the quarantine. This individual monitoring can be carried out when the numbers of the epidemic are very low, as now and thus prevent them from rising. That is essential, “he advises.

Now “we are in the good part of the epidemic, when the end is already seen. It is a matter of not letting down your guard and not shying away from vaccination. The main enemy we have now is the attitude that can make many people reject the vaccine. We are seeing the light at the end of the tunnel.

Precipitation in the opening of the interior of hotels and gyms

Relaxation of measures and “uncontrolled opening makes things easier. We have rushed again. I suppose the economy demanded it and a little society demanded it, ”Navarro highlights.

In closed environments and spaces, “the virus is transmitted by aerosols, people should see how is the transmission of these aerosols by luminescence during a conversation. In a closed space everyone shares them without ventilation.

“In particular, the opening of the interior of bars, restaurants and gyms seems unsuccessful to me because it influences what the government can objectively control.” It does monitor the fulfillment of a state of alarm, the closure of the hotel business at a certain time, but you cannot verify how many gather in each house or how expansive and lively they will be.