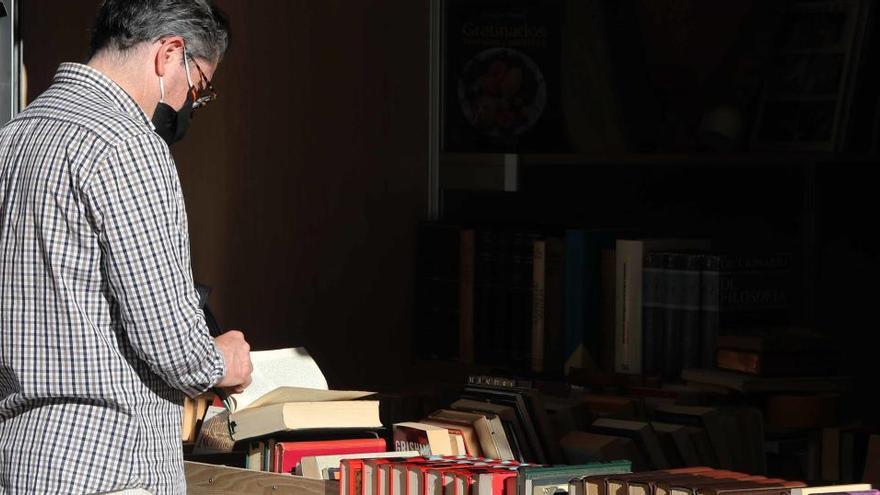 The coronavirus pandemic has hit culture hard in 2020, generating million-dollar losses in various sectors -especially music-, and it seems that in this first half of 2021 the situation will not change, between restrictions and forced postponements of large events.

After this first month of the year, the ravages of the pandemic in culture have been aggravated because it has been combined with the phenomenon Filomena, which paralyzed several cities for a few days. For example, in Madrid it was necessary to postpone the announcement of the nominees of the Goya and, in general, cultural spaces had to move their programming.

But this eventual setback of the storm has not had to do with the first announcements of cancellations or postponements of the great cultural events in Spain, which are already taking place, and respond to the restrictions that the coronavirus pandemic is forcing throughout the country.

One of the first announcements came last September from Ifema and the Organizing Committee of ARCOmadrid, with the temporary transfer of the ARCO fair to the week of July 7 to 11, 2021 -usually it takes place the last week of February.

As the organization explained, the objective is to ensure “the greatest international presence”. ARCO was one of the last cultural events that were held before the confinement of last March and the director of the fair, Maribel López, already explained in an interview that “the right thing had been done”, since “from the ministry and the WHO they said go ahead. ”

The Madrid Book Fair It is another of the great events that the last edition was forced to be held in the fall – instead of the end of spring, as usual – and virtually. The director of the fair, Manuel Gil, has already advanced that the management is “working openly” with the possibility of holding the next edition in September.

“We are considering two possible dates: one is still in June and another to skip the first semester and go to September. To this day, seeing the evolution of events and the socio-sanitary situation, it does not take a genius to think that it will take place in September . Reality is imposed on us, “he said.

However, the final decision will be made next week. Gil explained that, while waiting for the evolution of the pandemic, the management is handling the possibility of maintaining measures studied last year: access controls or closure to the passage of cars. “We will also hybridize a lot of physical content with the virtual one, but the entire sector expects us to return to recover,” he stressed.

The Goya and the Blockbusters

The cinema, one of the main victims of culture, has not been spared either. The Goya gala, which was usually held in February, has passed to March 6. Precisely, the president of the Film Academy, Mariano Barroso, already announced that they were going to celebrate “if nothing prevents it”, although “in an extremely contained way”.

To the awards gala, presented by Antonio Banderas and María CasadoOnly the nominees and those in charge of delivering the awards will attend. All those attending the gala (nominees and production team) will take a PCR test the days prior to the event and Barroso himself has expressly disallowed “any party related to the Goya before or after the gala “.

Movie theaters are also seeing how blockbuster premieres are not reaching the big screen, which together with the time and capacity restrictions, take the sector to an extreme situation. “Right now it is a particular situation, but it is going to recover the rhythm of premieres for sure: the question is when”, explained in statements the spokesman of FECE, Borja de Benito.

“In the end, the rhythm will be recovered depending on the pandemic, but when, nobody knows that. Right now we are uncertain about what will happen in 15 days and then a month, but while there are tremendous restrictions that make it very difficult to remain open, “say the Spanish exhibitors. Decisions such as those of the Cannes festival -edition postponed until July – they do not paint a better future for the cinema, at least in this semester.

What will happen to the festivals?

The festivals music are an aside, since they have barely even been celebrated since the pandemic began. From the Association of Music Festivals it has been explained that, despite the fact that the situation is “very uncertain” today, “a plan is being worked on to make the celebration of these events viable in 2021, attending to a more sustainable model “.

“The festival sector has been the most affected by the pandemic, insofar as its celebration entails the need to bring together a multitude of people. Therefore, it not only needs aid that allows it to be economically viable, but also a secure legal framework.“They have pointed out from the federation, who insist on the need for” support “from public administrations.

The Federation has given as an example the pilot test of the Apolo room in Barcelona, ​​which has given “very positive results, as there have been no infections.” At the moment, festivals such as Mad Cool, BBK Live or Primavera Sound are waiting and are going ahead with their 2021 editions, although it will be time to see the evolution of the pandemic.