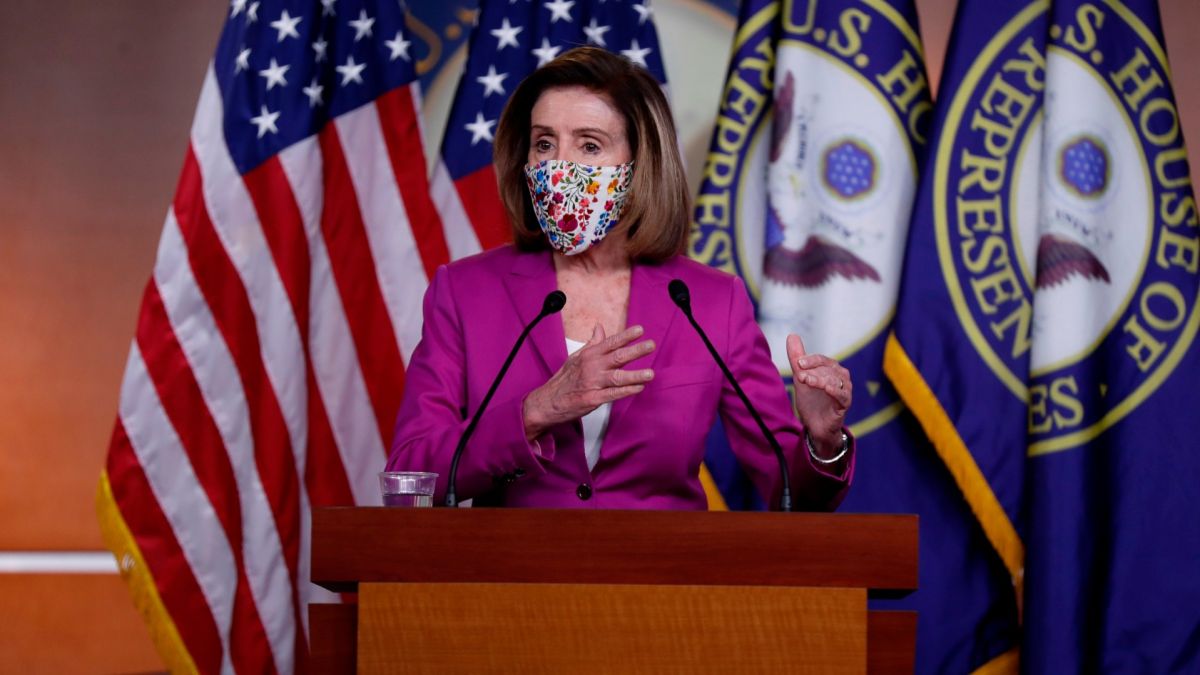 The president of the House of Representatives, Democrat Nancy Pelosi, assured this Sunday that she will seek to pass a resolution in Congress tomorrow Monday to urge the vice president, Mike Pence, to invoke the 25th amendment to the Constitution to remove President Donald Trump, and that otherwise he will initiate the legislative process in order to open an impeachment trial to the president on Tuesday.

“When it comes to protecting our Constitution and our Democracy, we will act urgently, as this President represents an imminent threat to bothPelosi said in a letter to legislators after the assault on the Capitol by a mob of Trump supporters, which left five dead, including a police officer.

“As the days go by, the Democratic leader remarked in the letter, the horror of the ongoing assault on our democracy perpetrated by this President intensifies and with it the immediate need for action“.

On Monday morning, Pelosi will ask the House for a unanimous resolution to ask the vice president Pence to invoke Amendment 25 to the US Constitution. that allows to disqualify the president due to his inability to govern.

For it, Pence should step up and have the backing of half the presidential cabinet, something that seems unlikely at the moment.

“We are asking to the vice president who responds within 24 hours. Afterwards, we will proceed to bring the legislation for impeachment to the full House, ”Pelosi reported.

Later, should be properly put to trial in the Senate, although it is in recess and does not plan to resume activity until January 19, a day before the inauguration of Democrat Joe Biden as president.

Given the tight time frame, several Democratic heavyweights in the House today raised the possibility of bringing charges against Trump, but not send them to the Senate until the first 100 days of Biden’s arrival in the White House have passed not to condition the beginning of his mandate.

This scenario was endorsed by Democratic Representative James Clyburn, who pointed out this Sunday that this would be given to Biden “The 100 days you need to get your schedule up and running, and we may ship the items sometime after that.”

Meanwhile, continues the silence of Trump, whose accounts on Twitter and Facebook were suspended this Friday for “risk of inciting violence.”

The White House has reported that its first official act after the assault on the Capitol will take place on Tuesday when the still president travel to Texas to visit the construction of the border wall with Mexico, the symbol of his tough hand in immigration control matters.

The difficult position Vice President Mike Pence is in and why he became a key figure in the US political crisis.