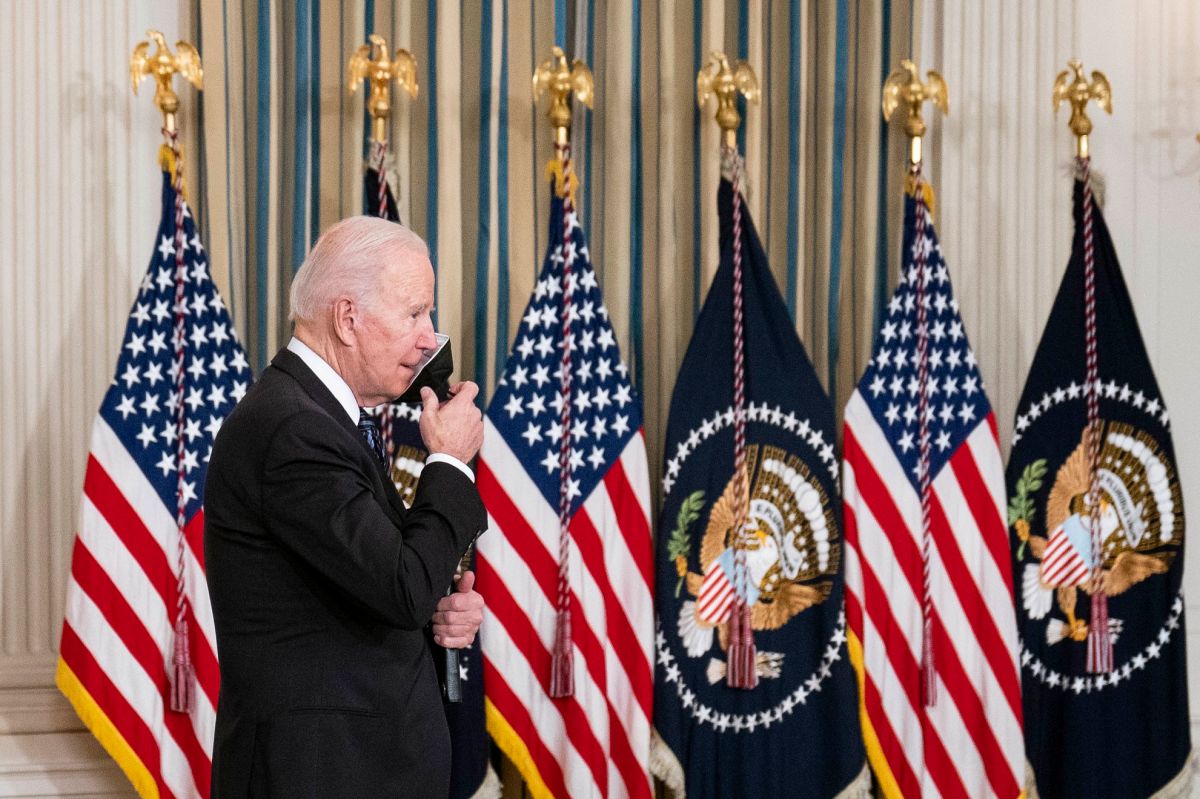 Last week was marked by key moments for Democrats, due to the election results that confirmed their biggest fear: the voters are not happy. That led them to lose the governorship in Virginia to Republican Glenn Youngkin.

The presidential figure has been essential in practically all intermediate processes and this time it was no exception, since Polls reveal a slump in President Joe Biden’s popularity since last April, with greater problems in July after the exit of American troops from Afghanistan.

The most recent November national poll from Emerson College found President Biden 50% disapproving and 41% approving, consistent with other polls.

“Biden’s approval is down five points since Emerson’s last national poll in September, when he had 46% approval and 47% disapproval,” the report said. “The president’s current numbers have almost been reversed since February, when his approval was at 49% approve and 39% disapprove.“.

However, various analysts believe that the approval of the $ 1.2 trillion Infrastructure Bill will give a boost to the president, who could face another push if Congress succeeds in passing the bill. $ 1.75 trillion dollar economic social spending plan under the Reconciliation process.

A White House source acknowledged to Reuters that the Biden Administration is aware of the impact of the slow pace of the president’s agenda among voters. Something that has been expressed to the Democrats in Congress.

“If voters are frustrated by inaction, the obvious response is to be more decisive and pass bills,” said that source.

The rush in the Chamber

As soon as the electoral results were confirmed, the president of the Chamber, Nancy Pelosi (California), pulled the necessary strings, including a marathon session with members of the Progressive Caucus, to approve the infrastructure package. He got the job done late on Friday.

Not only that, Pelosi recognizes the importance of the economic plan for social spending and promised progress before Thanksgiving.

A Senate source had told this newspaper that once the House approved the bill, which includes protection for undocumented immigrants, the senators led by Chuck Schumer (New York), they would need at least two weeks to review the included plans, make amendments and submit the discussion to plenary.

In 2022, the Democratic majority is in danger in Congress, especially before the announcement of at least a dozen representatives who have preferred to retire, such as Representative David Price (North Carolina) and Mike Doyle (Pennsylvania), in addition by John Yarmuth (Kentucky), Chairman of the Budget Committee.

There is still no final data on the Latino vote in Virginia, where it represents around six percent of voters, but the first data from polls is still encouraging for Democrats, especially since entities where there is a “political game changer” they serve as a thermometer at the national level.

Republican Youngkin reached out to the Latino community with a speech on jobs and the economy, two of the issues that most concern that community, according to national polls, including those of the Pew Research Center, but it maintained levels of support similar to the national average registered in the 2020 election, that is, around 30 percent.

According to the counts of Edison Research, Latinos supported Democrat Terry McAuliffe with 62%While they gave 32% to Republican Youngkin, but the analyzes are restricted to a very small number of voters.

For the expert Eduardo Gamarra, who polls Latino voters in the United States and is a professor of Latin American Studies at Florida International University in Miami, it is too early to know “who won the Latino vote” in Virginia.

“I can tell from my research that what we have been seeing is a real message for Democrats, that they are not leaning on issues that really speak to Latinos,” Gamarra told Politico.

Democrats are betting on the ‘Build Back Better’ agenda to attract Latino voters, as advanced by Representative Rubén Gallego (Arizona), Chairman of the BOLD PAC Hispanic Caucus Committee.

“It depends on what happens with the Build Back Better agenda, it is one hundred percent certain that the Latino community will benefit when it is implemented“, He said in an interview with this newspaper prior to the elections. “We are the working class of the United States, we are the people who continued to work … when there were quarantines it was Latinos who continued to work, they went to restaurants, to stores, to farms, to meatpacking factories.”

After the electoral results last Tuesday, the BOLD PAC refused to comment to this newspaper on actions to be taken to redirect its strategy.

“At the moment we are not having comments on the matter,” said a spokeswoman.

Given that the immigration issue is key on the ‘Build Back Better’ agenda, organizations that work with undocumented immigrants, such as Make The Road New York, warned about the “wake-up call” from voters to the Democrats.

“The disappointing election results … should be a wake-up call to the Democratic Party: To keep voters motivated and win the election, the party must deliver concrete results for our communities,” said Theo Oshiro, Co-Executive Director of Make the Road Action.