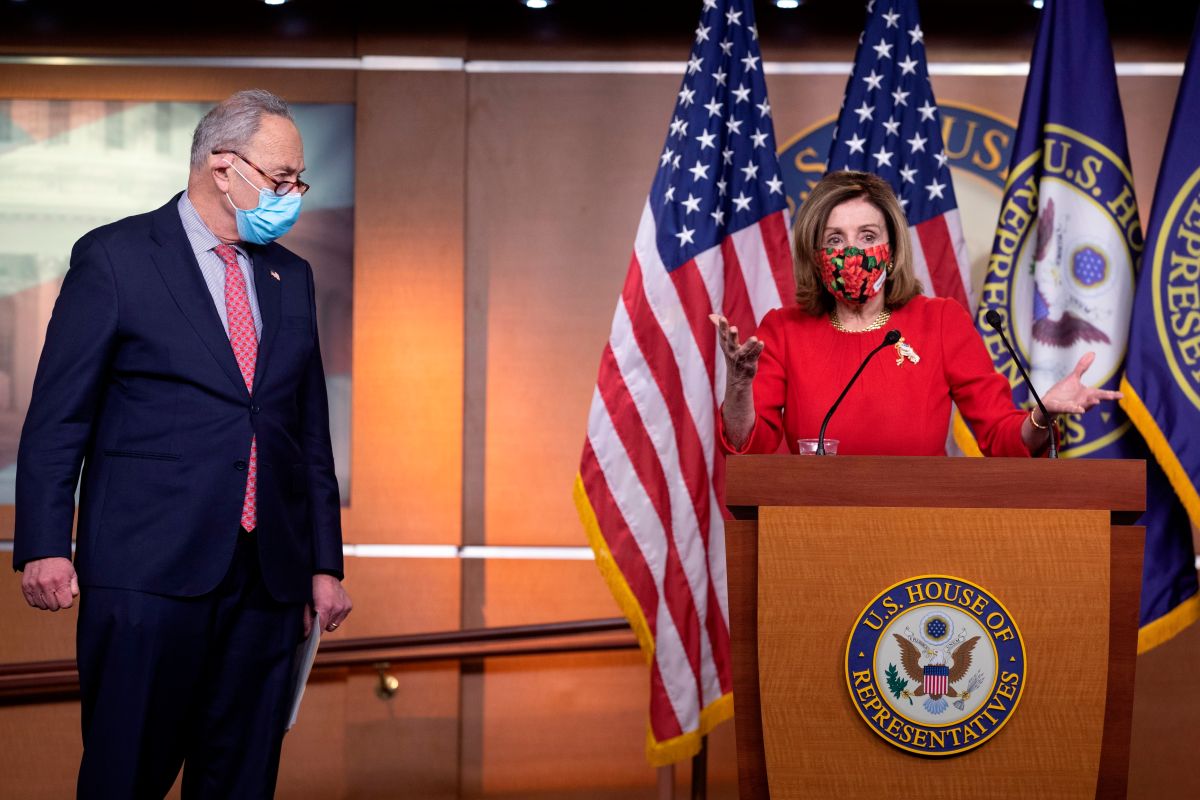 Democrats in the House of Representatives, led by Nancy Pelosi, They will seek this Thursday to approve by unanimous consent a change in the economic bailout law that allows increasing the minimum amount of stimulus checks from $ 600 to $ 2,000.

The meeting in the Capitol was scheduled for today after the call of the outgoing president to increase the figure, considering that the payments provided in the package approved in the United States Congress are “ridiculously low.”

Trump stopped the stimulus package at the worst time

Trump’s request that he left recorded in a video on Twitter this Tuesday came after months without making public statements about the course of negotiations for a new rescue plan, shortly before the completion of the legislative work due to the Christmas break and when Congressmen from both parties had already agreed to new legislation.

Although the president did not say directly in his message that he would veto the project that also guarantees the funds for the opening of the federal government until the following year, the president has not yet signed the law.

The law that Congress officially approved on Monday involves a $ 900 billion outlay. Part of that amount would be destined to minimum checks of $ 600 plus the same amount per dependent with no limit of children per family.

Proforma session in the Chamber

The House will convene this morning in a proforma session or short meeting in which typically only a few members attend. The fact that the representatives are going to approve the measure by unanimous consent in turn implies that any other legislator could block the project.

Any change in the law is required to be approved by both the House and the Senate.

However, at the moment, the spokesman of the majority in the Senate, Mitch McConnell has not expressed himself about the direction that the change promoted by the Democrats would take in that body.

McConnell hasn’t even reacted to the video in which Trump calls on the federal Congress to increase funding for stimulus checks.

The senatorial leader, on multiple occasions, has shown his preference for an economic package without direct payments to individuals and families.

Nor has the leader of that minority expressed himself in the Camera, Kevin McCarthy, another key figure in the discussion to alter the law.

Democratic representatives of the more progressive wing, Alexandria Ocasio-Cortez and Rashida Tlaib, presented an amendment with a view to applying it to the stimulus bill to increase the amount of payments.

However, at the moment, it is not clear if the Democrats who will lead today’s meeting will give way to the mechanism.