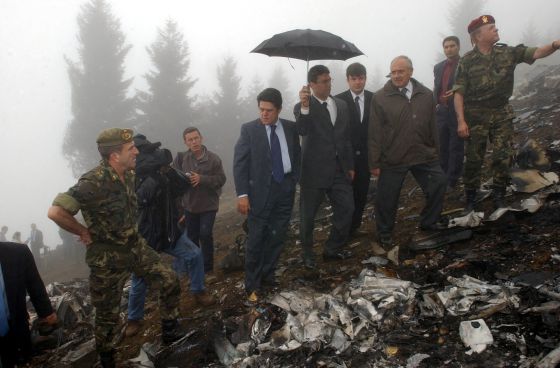 Mariano Rajoy and the sinking of Prestige. Federico Trillo and the Yak-42 accident. José María Aznar and the terrorist attack of 11-M. From November 2002 to March 2004, the second Popular Party government had to deal with the management of two great tragedies and one catastrophe. He was not responsible for any of them, or he was not completely or directly responsible, and even so he adopted in all three cases an identical behavior manual, based on the denial of reality and the persecution of the dissenting party, which is still valid in the PP. A way to protect yourself in which lying becomes one of the main tools.

The former popular leaders will testify this week as witnesses in the trial that continues in the National Court against Luis Bárcenas for the existence of a box b in the PP. Although some party members have admitted that they received funds and that the papers are authentic – something that also supports a Supreme Court ruling – Rajoy, Trillo and Aznar continue to deny it. The first two appear as recipients of money from box b while exercising their high functions in the Government of the nation. Also Ángel Acebes, who already testified as a witness a few days ago and who was Minister of the Interior for the last two years of the eight that Aznar was president.

Almost 20 years have passed since all that, and many readers were either just born or were too young to remember the details, but a review of the way in which the leaders of the PP tried, from the Government, to hide their responsibility in the management of those events is very illuminating. Especially if the context is taken into account. José María Aznar’s PP had led the nation’s government since 1996, and had won the 2000 elections by an overwhelming absolute majority. Therefore, a lack of experience or resources could not be alleged when, in November 2002, the catastrophe of the Prestige off the coast of Galicia. On the contrary, Aznar, who had already expressed his decision not to remain in La Moncloa for more than two legislatures but had not yet pointed the finger at his successor for the 2004 elections, had become by then – in the eyes of his own deputies – in a distant, inaccessible character, surrounded only by himself. And that’s just when things started to go wrong for him.

On November 13, 2002, the Prestige, an old and dilapidated oil tanker with a flag of convenience, suffers an accident off the Galician coast. The authorities order the ship to be moved away and, seven days after a journey as erratic as it is harmful, it sinks, causing the greatest ecological catastrophe in the history of Galicia. The ship has been losing fuel from the start, but the authorities have hidden it. The then vice president Mariano Rajoy, whom Aznar has entrusted with the management of the catastrophe, utters the worst of all his absurd phrases: “They go out [del barco] a few little threads. There are four solidified tracks with the appearance of plasticine in vertical stretch … ”. In reality it is 76,972 tons of poor quality fuel that ruins the Galician coast. On Sunday, November 17, while the newspapers already published the photos of the oil slick reaching the beaches, the Galicians learned that their president, Manuel Fraga, was hunting, as was the head of Public Works, Francisco Álvarez-Cascos. . Three other ministers —Jaume Matas, Ángel Acebes and Ana Pastor— are on an excursion in El Rocío. Rajoy is still quartered in the Maritime Captaincy of A Coruña, from where he will not go down to the beaches stained with chapapote until December 2, and only because he has to accompany King Juan Carlos. Galicia is already a cry against the Government. The sociologist Julio Cabrera summarized it then: “PP politicians have used lies as an instrument of government. Everything that is happening is very difficult to explain. Perhaps the greatest feeling is anger, not so much because of the accident itself, but because of the concealment, the mistreatment, the contemptuous and detached attitude of the authorities … ”.

This way of acting, word for word, was experienced only a few months later by the relatives of the 62 soldiers who died in the Yakolev 42 accident. The plane rented by Defense – an ex-Soviet relic that the military had already complained about – it crashed in Turkey while repatriating the Spanish contingent after a mission of more than four months in Afghanistan. To the pain of the loss, the relatives later had to add the contempt of the then Defense Minister, Federico Trillo, who came to confront some of them when they demanded that he not bury the military in a hurry and running. The government ignored them and immediately buried them, in a vain attempt to cushion the scandal. It was not long before it was discovered that the suspicions of the relatives were true. Some of the remains had been placed in coffins that did not bear his name, buried in graves that were not his. A year later, some relatives returned to Turkey to check their DNA with the samples kept by the authorities of that country. María Saz told it in a hotel in Istanbul while caressing the portrait of her son: “I just want to go to the cemetery, sit next to my son’s grave and know that he is there, that I am not talking to someone else.”

To know the truth. Also the thousands of people who, on Friday, March 12, 2004, collapsed the center of Madrid to condemn the terrorist attack perpetrated the day before, yelled at José María Aznar: “Who was it?” The PP government continued to insist on pointing out the terrorist group ETA as the main suspect in the attack, when the police investigations were only focused on the jihadist cells that were identified hours later. And even so, Aznar and his family continue —17 years later — sowing doubt so as not to admit the truth that witnesses, police officers and judicial sentences maintain.

In addition to the disagreement with the truth, those last two years of Aznar in power were marked by a way of doing politics that made enemies — not even adversaries — those who did not share his theories. Whether they were Galicians, military or victims of terrorism.