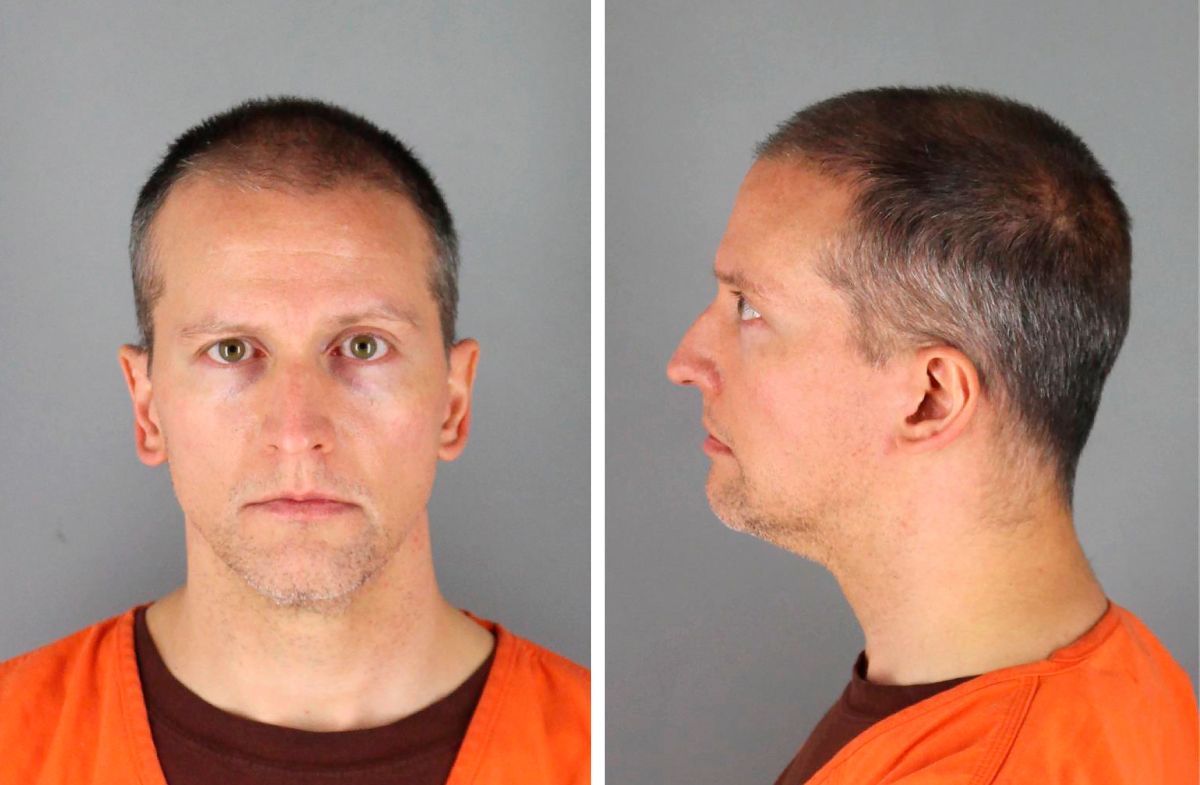 Chauvin awaits sentencing at the Minnesota Correctional Facility in Oak Park Height, where he remains in solitary confinement.

Two weeks after being convicted by a jury in Minneapolis of murdering the African American George Floyd, the former police officer Derek Chauvin He requested, through his lawyers, that a new trial be carried out under the allegation that the court made several errors in handling the case.

The application to the Hennepin County Court raises allegations of abuse of discretion that deprived the defendant of a fair trial, as well as misconduct by the prosecutor and jury, errors of law and a verdict contrary to the law.

Although the new trial claim does not include specific examples of the jury’s alleged misconduct, the document argues that the court failed to protect jurors from the publicity surrounding the case.

“The publicity here was so pervasive and damaging during the trial that it amounts to a structural flaw in the proceedings,” the motion reads cited by outlets such as CBS.

The questions against the prosecutors point to an alleged disparagement of the defense and to failures in the process to prepare the witnesses properly.

The court text comes amid controversy surrounding one of the jurors who appears in an image at a march in Washington, DC, last August.

The jury, identified as Brandon Mitchell, is seen wearing a T-shirt with the phrase: “Get your knee out of my neck.”

Also Read  Ten children's books to give equality at Christmas

Floyd died from the pressure of Derek’s knee on his neck in the middle of an arrest on May 25.

On the jury questionnaire, Mitchell said he did not attend any protests against police brutality. In an interview with CBS Minnesota, the man assured that he had attended a march in support of voter participation in the past elections.

However, the motion requests a challenge to the verdict as the jury engaged in misconduct, felt threatened or intimidated, and was subjected to racial pressure during the proceedings and did not follow instructions during the deliberations.

The jury in the case for Floyd’s death consisted of six white, four black, and two multiracial people. The group heard testimony for 13 days and reached a verdict in less than a day.

Hard to challenge the verdict

Rachel Moran, Professor of Law at the University of St. Thomas told CBS Minnesota that it is highly unlikely that Chauvin’s legal team will be able to contest the verdict.

“It’s really difficult to challenge a conviction, and the courts are especially reluctant to interfere with the jury release process,” Moran said.

Days before the conclusion of the trial, the inflammatory public statements of the Democratic representative, Maxine Waters, led to the ruling of the judge in the case Peter Cahill on the possibility that the verdict could be appealed.

“We have to stay in the streets and demand justice,” Waters said while participating in one of the protests for the death, also at the hands of the Police, of Daunte Wright, in Brooklyn Center.

“We are waiting for a guilty verdict and we are seeing if all this discussion that took place and is taking place after seeing what happened to George Floyd. If nothing happens, then we know that we must not only remain on the street, but that we have to fight for justice, “added the representative as quoted by CNN.

Chauvin’s defense used Waters’ expressions and other material from the case disclosed in the press to file a motion to declare the trial null, arguing that the foregoing affects the neatness of the proceedings.

Although the judge denied the defense’s request, he argued that Waters’ action could have long-term effects.

“I must admit that Congresswoman Waters has given you something to appeal that could result in this entire trial being void,” Cahill told Nelson.

Chauvin awaits sentencing at the Minnesota Correctional Facility in Oak Park Height, where he remains in solitary confinement. He faces a maximum of 40 years in jail for the most serious charge.