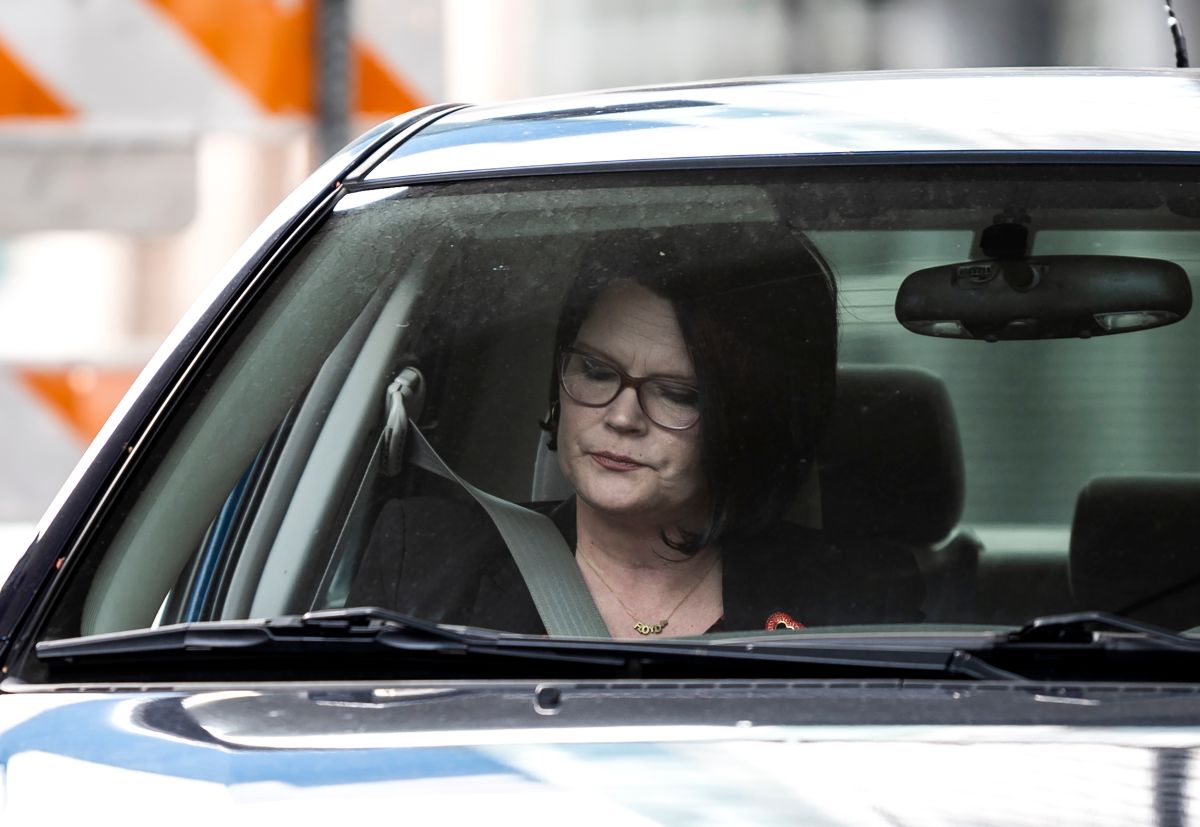 WASHINGTON – Courtney Ross, la novia del George Floyd, stated this Thursday that the deceased had COVID-19 and was addicted to opiates in an emotional testimony in the trial against the expolicia Derek Chauvin, accused of murdering the African American.

“Floyd and I suffer from opiate addiction,” said Ross, in response to a question from the prosecution on the fourth day of the process, which takes place in Minneapolis (Minnesota).

The witness then explained that their experience with drugs is “the classic story of many people addicted to opiates.”

“We both suffered from chronic pain,” he explained, “mine was in the neck and his was in the back, we both had prescriptions, but once they ran out, we became addicted, and we really tried hard to end that addiction many times.”

The prosecution was the first to ask about Floyd’s use of opiatesAlthough it is Chauvin’s defense lawyers who are interested in this aspect of his life, since they want to argue that he died from previous health problems and from taking drugs.

Floyd was killed last May when four officers tried to arrest him for using a counterfeit bill to pay at a store. During his arrest, Chauvin pinned him to the ground by pressing his knee against his neck until he stopped breathing.

At today’s hearing, Ross revealed that months before his death in March, Floyd was hospitalized for an overdose when he was questioned by defense attorney Eric Nelson.

“I took him to work, but he didn’t feel well, his stomach hurt, he was cringing from the pain, I don’t know he felt good and he told me he needed to go to a hospital, so I took him straight to the hospital. We went to the emergency room, ”said the deceased’s girlfriend.

Nelson then asked her if she learned later that it was due to an overdose, to which the witness answered yes.

Faced with the defense’s strategy of focusing on Floyd’s addiction, the African-American’s family issued a statement on Thursday, read by his lawyers, to criticize this tactic.

“We fully expect the defense to bring George’s character and his fight against addictions to trial because this is a tactic when the facts are not on your side,” the attorneys noted. Ben Crump and Antonio Romanucci, on behalf of Floyd’s relatives.

At another point in his appearance, Ross pointed out that her boyfriend tested positive for COVID-19 at the end of last March and that he had to quarantine along with his roommates.

The victim’s girlfriend is the 13th witness cited by the prosecution in the trial against Chauvin, which began Monday.

The woman broke into tears briefly when she recounted how she met the deceased in August 2017. “It’s one of my favorite stories,” she said.

Ross explained that they met when he worked as a security guard in a security establishment. Salvation Army, a charity organization, where she was waiting for the father of her child, who did not appear.

Then Floyd approached her and said “sister, are you okay?”, To which she answered no and then the African-American proposed to pray together, according to Ross’s narration.