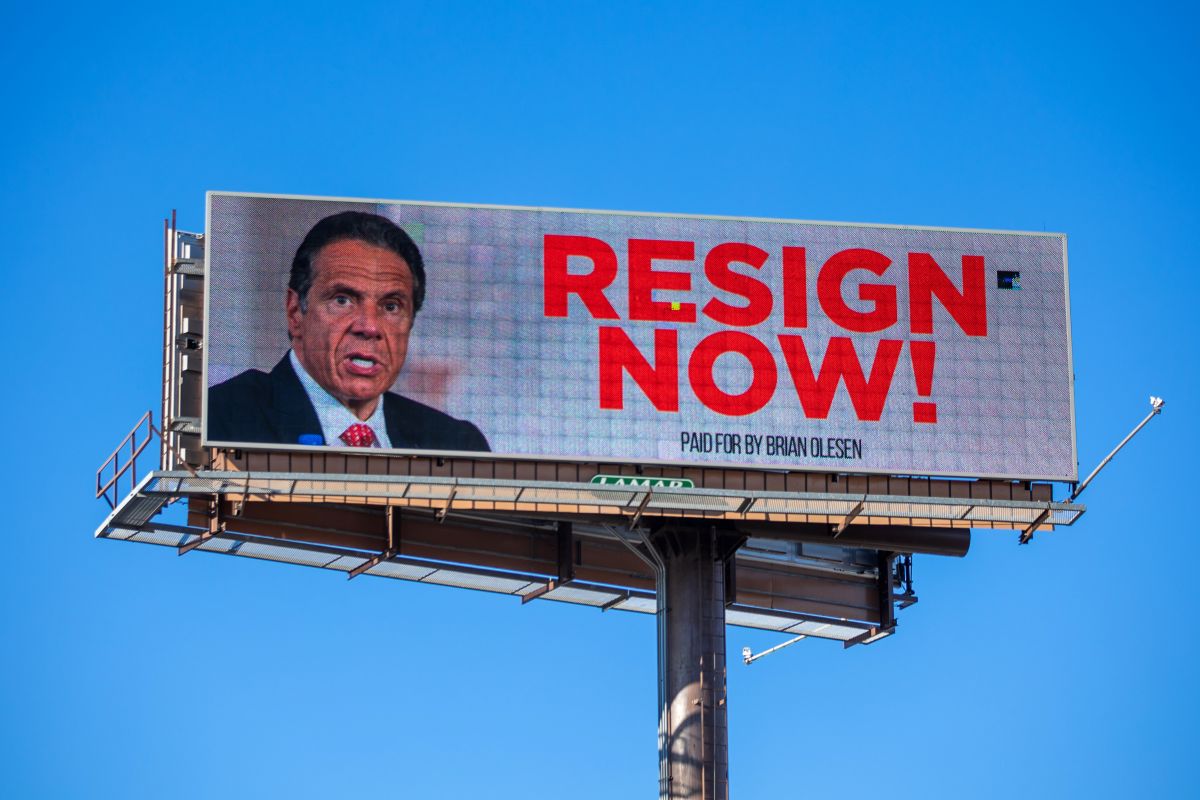 Despite publicly denying it last month, the troubled Governor of New York since 2011, Andrew Cuomo, used cash from campaign donations to pay nearly $ 285,000 over two months in bills for the lawyer who defends him against accusations of sexual harassment of women, according to documents filed Friday.

Although Cuomo told reporters on June 2 that he was not spending political donations on his legal fees “at this time,” his campaign paid $ 173,098 to that same day. his lawyer Rita Glavin, former US Department of Justice official, according to an official document consigned to the State Board of Elections (BOE).

The “Andrew Cuomo for New York” campaign had previously paid Glavin’s law firm $ 111,774 on May 3, the report said, stating that the expense was for “professional services”.

Cuomo hired Glavin as the sexual harassment allegations scandal against him mounted, and she spoke in his defense when The New York Times reported on March 19 that an aide had accused him of seducing her with his eyes and making suggestive comments to her and a colleague, he recalled New York Post.

Cuomo He also faces two other investigations: the massive death of the elderly by coronavirus that has been linked to his executive order, and the alleged use of government personnel to publish a controversial book praising himself for his management in the pandemic.

During the press conference on June 2 that followed the revelation that Cuomo sold that controversial book of his coronavirus memoirs for $ 5.1 million, The Democrat defended his decision to have taxpayers pay their legal bills in connection with separate investigations into his handling of nursing homes amid the pandemic.

“The state, the way it works is that the Executive Chamber has hired the lawyer and that is a state expense ”, he said during a press conference at the Javits Center in Manhattan. “That has been [el caso] in all investigations. So that’s where we are now. “

But when asked if he was paying other attorneys out of his own pocket or with campaign cash in the additional cases, Cuomo replied, “Not at this time.”

The Democrat Cuomo, who has not canceled his aspiration to be reelected in 2022, has been accused by several employees of alleged Inappropriate touches and offensive comments. Your former advisor Lindsey Boylan, whose allegations led other women to bring their own accusations against the governor, she tweeted again on Friday a journalist’s account of the questions and answers of June 2.

Boylan has said that Cuomo harassed her during her employment and once suggested a game of strip poker. aboard his state-owned jet. Another former aide, Charlotte Bennett, said the governor once asked her if she had had sex with older men.

*pretends to be shocked* https://t.co/8GwXgwqyGl

https://t.co/Ryz2YnE9n9 Cuomo used campaign cash to pay $285,000 in bills from the lawyer defending him against sexual harassments. Why do we keep him in the office? After all, it was Cuomo who is responsible for many deaths of helpless Seniors. His arrogance has no limits.