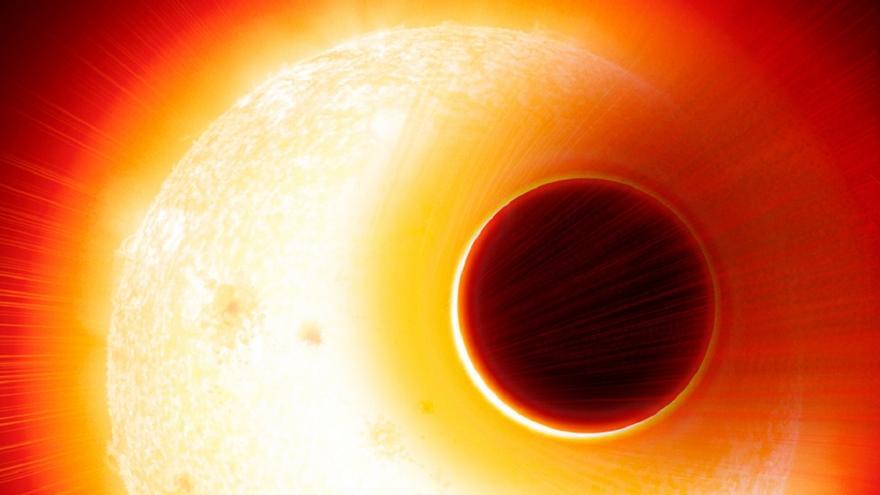 An international team of astronomers first identified the signature of a magnetic field on an exoplanet. Until now, the presence of a magnetosphere has never been verified on a planet outside our Solar System.

Scientists from around the world used data from NASA’s Hubble Space Telescope to discover for the first time the “signature” that identifies the magnetosphere of an exoplanet. This magnetic field protects the planets from the most aggressive solar particles, but has never been identified on an extrasolar planet. It was observed on HAT-P-11b, a Neptune-sized planet located 123 light-years from Earth.

As with the Earth’s magnetosphere, these “protective shields” could optimize certain conditions for the development of life on the worlds that possess them. According to a Press release from the University of Arizona, one of the academic centers that participated in the research, magnetic fields play a crucial role in the protection of planetary atmospheres, therefore their identification is vital to know more about these alien worlds.

HAT-P-11b It is an extrasolar planet that orbits the star HAT-P-11: it was discovered in 2009 and has a mass 26 times greater than Earth’s. In 2014, NASA reported that HAT-P-11b is the first exoplanet discovered so far, within the category “hot Neptune”, which has a relatively cloud-free environment.

According to the researchers, Hubble detected carbon ions in the environment of HAT-P-11b. They are the charged particles that interact with the magnetic fields that surround a planet, configuring a magnetosphere: it is a region around a celestial object, which is formed by the interaction of the body with the solar wind emitted by its host star.

The studied exoplanet presents a “Magnetic tail”, a long expanse of charged carbon particles that surround the star. The ions in this tail “travel” at average speeds of approximately 100,000 meters per hour, interacting with the solar wind: it includes particles of enormous energy charge from the host star, which travel at a speed of around 900,000 meters per hour. hour.

A new method to identify a magnetosphere

Along with the data of the hubble telescope, the scientists used 3D computer simulations: they served to model the interactions between the highest atmospheric regions of the planet and the magnetic field with the incoming solar wind. Apparently, this method of identifying the signature of a magnetosphere could be used to detect magnetic fields on a wide variety of exoplanets, while evaluating their role in the potential habitability of each star.

Although HAT-P-11b was classified as a “Hot Neptune”, the authors of the new study believe that its characteristics are actually more similar to those of a “mini-Jupiter”. As indicated in the conclusions of the research, recently published in the journal Nature Astronomy, the identification of the magnetic fields will allow us to know details that today remain hidden about these extrasolar worlds.

The life evolution on a planet like Earth it has been strongly affected by its magnetic field, which protects organisms from the most harmful energetic particles that come from our Sun. It is known that not all planets and moons in our Solar System have their own magnetic fields , and that this affects its habitability.

However, according to scientists the connection between magnetosfera and the habitability of an exoplanet It still needs more study and it will be the reason for new research in the future, which will take advantage of the technological developments that are foreseen for the coming years.