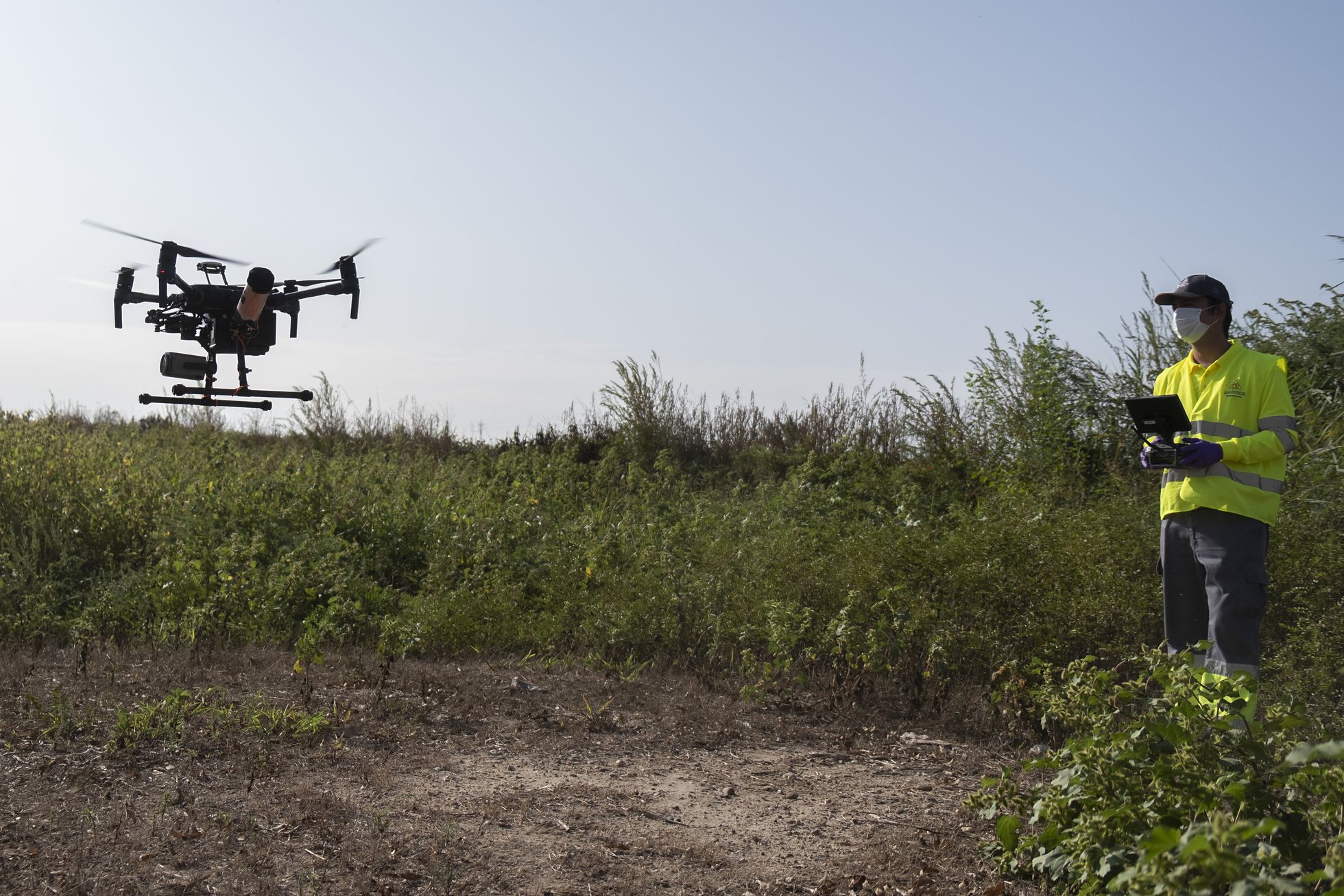 Andalusia has detected the first case of a patient infected with both covid and West Nile virus. This is a young man who was admitted with the SARS-CoV-2 coronavirus at the Virgen del Rocío hospital in Seville and who, after detecting symptoms compatible with meningitis, similar to those seen in West Nile fever patients, was they carried out the pertinent tests. The results have confirmed that he was also infected with this virus, according to what this newspaper has learned. It is the first case registered with this double infection simultaneously in the same person.

“The Directorate General of Health of Andalusia has confirmed the positive for Nile virus”, explains the hematologist Salvador Oyonarte, member of the Scientific Committee for Transfusion Safety of the Ministry of Health and manager of the Andalusian Network of Transfusion Medicine, Tissues and Cells. “There are no records of other patients and the affected person presents an atypical picture. It is very important to go back to the date of signs of symptoms, “says Oyonarte, who clarifies that” he would like to have more details “and even do more tests to verify that” it is not a false positive for the Nile virus. “

Until more studies are carried out, it cannot be said that the patient had been affected by the meningoencephalitis that causes West Nile fever or if his weakness when contracting covid could make him more prone to developing this disease. “It is difficult to know, it is a young person and no relationship can be established yet, if it was the coronavirus first, if the mosquito bit him while he was at home …”, he says. What most attracts the attention of the experts is the time of year in which there has been evidence of the existence of cases of West Nile virus in humans, something exceptional and that is usually preceded by diseases in other animals, especially birds. or horses.

“I’m surprised it’s so soon. We had cases in humans in 2010 and 2016 and then last year’s outbreak happened, which was exceptional, but they have always been evidenced later, ”says Oyanarte. “The virus develops when there are many mosquitoes and temperatures are higher, but the mosquito samples have not grown this year,” says Elisa Pérez, veterinary virologist at the Animal Health Research Center (INIA-CISA). “We do not know if it is by chance or if more control tests are being done in the cases of patients with meningitis,” he adds. “What is alarming is that it has been detected earlier in humans than in animals,” warns Pérez.

The patient began to feel ill on May 25, explains Oyanarte. He began to have chest pain that evolved without fever, at first, leading the doctors to think that it was a seasonal allergy. He was given a first antigen test that was negative for covid, but as soon as he had a fever it was decided to isolate him due to the possibility that he had coronavirus. He underwent a PCR that was positive and was later admitted to develop pneumonia. Shortly after being hospitalized, neurological symptoms were detected and when studying the condition it was confirmed that he had the West Nile virus. “The results were confirmed on June 14 and have been notified today,” says Oyanarte. “Too many days have passed,” he says.

The patient remains in the ICU. “Upon knowing the results of the tests, all the protocols have been activated immediately, as well as the public health measures provided for in them,” says the Ministry of Health in a note made public this afternoon. “In addition, the clinical samples collected will be sent to the reference laboratory (Hospital Virgen de las Nieves in Granada) and the National Center for Microbiology.”

“I’m surprised it’s so soon. We had cases in humans in 2010 and 2016 and then the outbreak last year, which was exceptional, but they have always been evidenced later “

The existence of this unusual case was anticipated hours before by Cristina Roca, infectologist of the Clinical Unit of Infectious Diseases, Microbiology and Preventive Medicine of the Virgen del Rocío University Hospital in Seville, during a conference at the XI Conference on Emerging Diseases that are being held in Barcelona.

Last summer, in the middle of the valley between the first and second wave of coronavirus, the existence of an outbreak of Nile virus meningoencephalitis was confirmed that affected the banks of the Guadalquivir, specifically the provinces of Seville and Cádiz, and that It claimed the lives of seven people and affected 71 – 57 in the territory of Seville and 14 in Cádiz. The virus, transmitted by the mosquito of the genus Culex, a common mosquito in our environment, causes 0.1% of deaths among those infected, 1% inflammation in the meninges and brain [meningoencefalitis], 20% controllable fever and 80% asymptomatic cases, according to the World Health Organization (WHO).

To eradicate the presence of the mosquito in the Guadalquivir valley, the Junta de Andalucía launched a comprehensive plan that included fumigation through drones of the affected areas. In mid-March of this year, the autonomous government activated the Comprehensive Vector Surveillance and Control Program for West Nile Fever, which, among other measures, establishes a risk map that is updated every 15 days between April and November. when the temperatures start to be permanently above 17 and 18 degrees and the virus period begins in these mosquitoes. Depending on the level of risk in the territory, a type of measure is adopted.