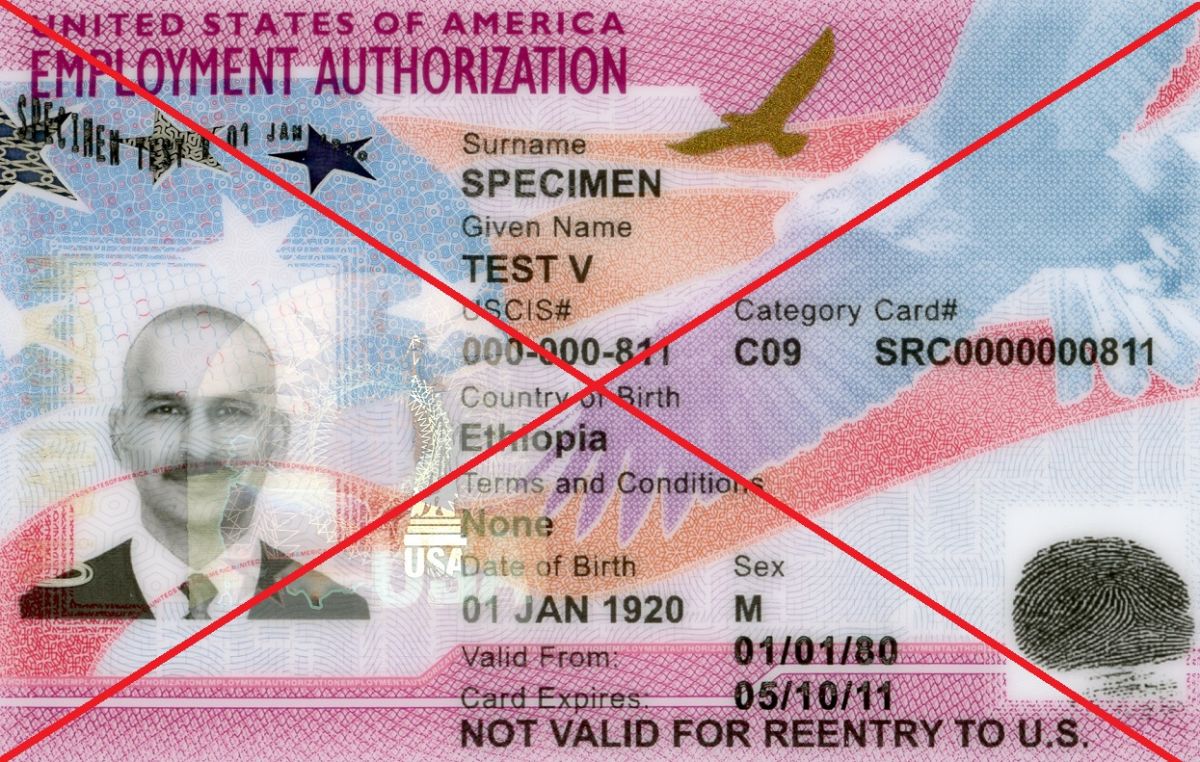 The Department of Homeland Security (DHS) will put a new rule for the public opinion on November 19 that will prohibit granting Employment Authorization to immigrants with deportation orders, in order to pressure their exit from the country.

This was reported by that agency in a statement, where it adds that the measure seeks to “protect” the work of Americans.

“The rule would align the issuance of Discretionary Employment Authorization with the administration’s priorities to protect American workers and strengthen immigration enforcement.”, indicates.

DHS indicates that the measure would apply to immigrants released from Immigration and Customs Enforcement custody (ICE) under an Order of Supervision (OSUP), which allows supervisors to “impose conditions and monitor” foreigners.

“The OSUP contains several conditions for release, including the requirement that aliens cooperate with efforts to obtain travel documents for removal, register with DHS on designated dates, and present themselves for deportation once they are removed. has agreed (the date) ”, indicates the agency.

The measure will be applied by the Office of Citizenship and Immigration Services (USCIS) whose deputy director of Policies, Joseph Edlow, defended that these foreigners have had due process, but the result is the order to leave the United States.

“This effort would also eliminate the economic incentive for these foreigners not to cooperate in the effort to obtain travel documents to return to their countries of origin.”Edlow said.

DHS recognizes that an alien with a final order of deportation, but who is temporarily released from ICE custody, is eligible for a work permit (EAD).

“This creates a disincentive for the foreigner to leave or cooperate with their country of origin to obtain travel documents to leave the United States,” adds the authority.

The immigration agency accuses these foreigners of having “used substantial government resources throughout the removal process,” but in the end a judge ordered their departure.

DHS recognizes that even with the new rule, a small group of immigrants could obtain EAD, if they could prove their removal was unfeasible.

“DHS will require such aliens to establish financial need to work, in accordance with other discretionary categories of EAD.”, the agency specified.

With the data, that small group of foreigners will receive an evaluation from USCIS to grant or deny the petition.

“Foreign nationals who qualify for discretionary employment authorization under the proposed rule and subsequently seek to renew their work authorization must also establish that their employer participates in E-Verify and is current in the program,” the statement added. The new plan limits the permit to one year.

The rule to be published in the Federal Register will give 30 business days to receive comments.