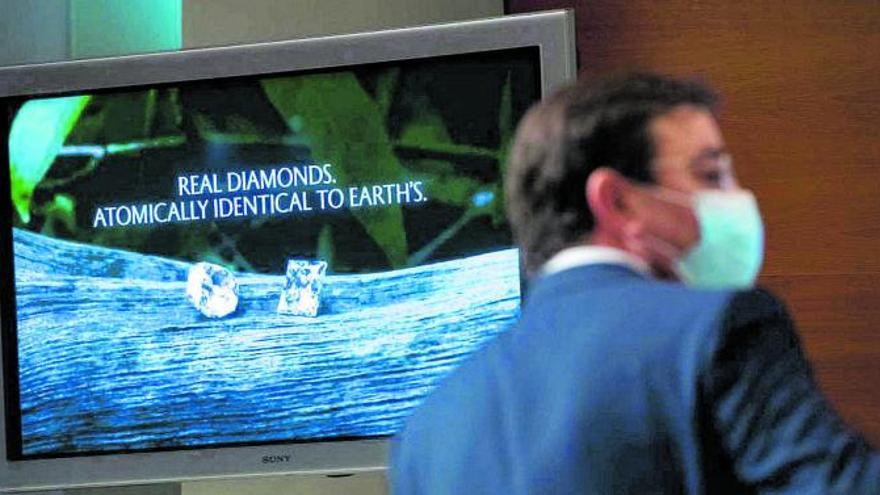 The draft, subject to aid and public financial support from the Ministry of Industry and the Extremadura Regional Government, provides for the creation of 300 highly qualified direct jobs. The signing of the collaboration agreement on June 25 was attended by the CEO of Diamond Foundry, Martin Roscheisen; the president of the Junta de Extremadura, Guillermo Fernández Vara; the president of Kishoa Powen Energía Renovables, Rafael Benjumea, the other company involved in the project; and the Secretary General of Industry, of the Ministry of Industry, Raúl Blanco.

The deadlines that are managed for the start-up of the factory go through around a year or a year and a half to obtain the permits, to which another two years will be added later in the construction phase.

Diamond Foundry, which was founded in 2012 in Silicon Valley (California) and counts among its investors the actor Leonardo Dicaprio, has a factory in the US dedicated to the production of artificial diamonds for the jewelry sector. Extremadura diamonds, however, will be made in sheets and used as semiconductors, which will allow improvements in the field of electronics and high technology, especially 5G and electric cars, due to their exceptional hardness and thermal conductivity properties. They can be even the alternative for microchips, scarce and demanded in the present, which are manufactured fundamentally with silicon.

Diamond, however, is made up of another chemical element: carbon. In nature it is created with carbon atoms subjected to high temperatures and high pressures inside the Land. How is it achieved artificially? “Imitating nature”, explains Jesús Díaz, head of the Organic Chemistry area at the University of Extremadura. There are two techniques, one is High Pressure, High Temperature, which recreates the natural process starting from carbon or a diamond seed that will begin to grow up. “The process culminates after a few weeks in a rough diamond”, points out Antonio Macías, professor at the School of Industrial Engineering. The second technique, Chemical Vapor Deposition, is the most likely in Trujillo and allows a more controlled process. The element The key remains carbon, which is deposited in the form of a diamond in a plasma reactor from gases rich in this element, such as methane. “The process in detail is difficult to know because in these matters there is a lot of secrecy”, acknowledges Macías. The chemistry professor also bets on this last technique, but starting from some gas or mineral rich in carbon, which taken to a gaseous form and adding elements such as boron, phosphorus or nitrogen, with heat and pressure, generates thin layers of doped diamond.

But imitate those conditions of high temperature and pressure It involves a “brutal energy cost, which means that it does not pay to manufacture them.” There is talk of reaching temperatures that can be around a thousand degrees. And this will be done with plasma reactors developed by Diamond Foundry and in a sustainable way, only with renewable energies, which makes your cost. To create the Extremadura diamonds, 600 reactors will be installed that will work with a photovoltaic plant for self-consumption coupled with the factory, only with the Trujillo sun.