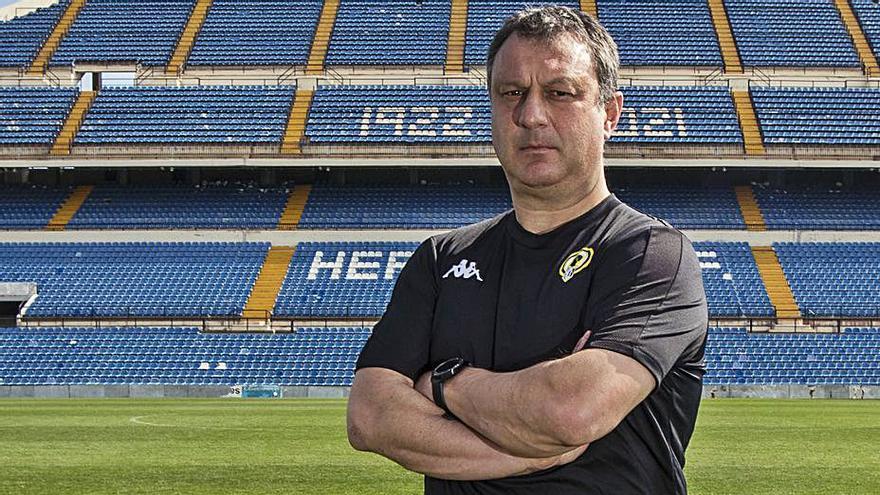 After a disappointing first phase in which they have not qualified to fight for promotion to LaLiga Smartbank, which was the great goal of the season, the Blue and Whites need to cut three points, with two more games, from their rivals in this second stage.

Manolo Díez’s team accumulates three consecutive defeats (Atlético Levante, Atzeneta and La Nucía), in the last three matches of the first phase. A situation that does not invite optimism and that has provoked numerous criticisms. Despite this, the Herculanean dressing room is convinced of being able to change course in this second phase and, at least, leave the team in the third category of Spanish football. Failure to do so would mean a tremendous failure for an entity that precisely next year 2022 will be 100 years old.

The Hércules coach, Manolo Díaz, commented this Thursday, at the press conference prior to the Lleida meeting, that he hopes that, as of Sunday, “the dynamics will change”, and assured that within the dressing room “we are all quite responsible for what we play for ourselves ».

The Madrid coach pointed out that his team “works well”, but, nevertheless, regretted that “it does not compete as it should”

During last week’s break, the Blue and White coach tried to reset the squad and recover the mood of some footballers who are aware that they came to Rico Pérez to achieve other objectives and other goals, of which they have seen how they have been been moving away throughout the season.

Manolo Díaz affirmed that they face this new phase with “great enthusiasm” and wanting “to take a step forward.”

The coach of the Herculaneum team also referred to the harsh words of the sports director, Carmelo del Pozo, who last week was very critical of the squad and said that the players who do not show attitude and commitment in these last eight games of the season they will be set aside.

“I don’t know if Carmelo’s words are going to help, but it would annoy me if this had to happen for the players to give performance,” said Díaz, who, at this time, downplayed his possible continuity at the helm of Hercules next season .

As for the strictly sporting issue for the Sunday meeting, the Herculaneum coach finds certain parallels with Lleida. “We are two teams that were made to be at the top of the table and we have spent much of the season in the fight in the fight to qualify for the promotion phase.”

Manolo Díaz pointed out from the Catalan team that “they are a rival who plays well, who has a good treatment of the ball and who has players with a lot of experience. He has similarities, in good and in bad, with us.

Given this situation, the Madrid coach considers it key to know how to control anxiety, nerves and the need for what both teams play. “The one who best controls emotions will be the beneficiary,” said the coach, who admitted that winning at the Camp d’Esports in Lleida would allow them to take “a very important step to strengthen team morale” and to face the rest of the games .

Also available will be the goalkeeper and team captain Ismael Falcón, who missed the last match of the first phase played at the Camilo Cano against La Nucía. The goalkeeper has been one of the few footballers who has had an acceptable performance this season and is an important piece to face this final and decisive part of the competition due to his seniority and his great experience.