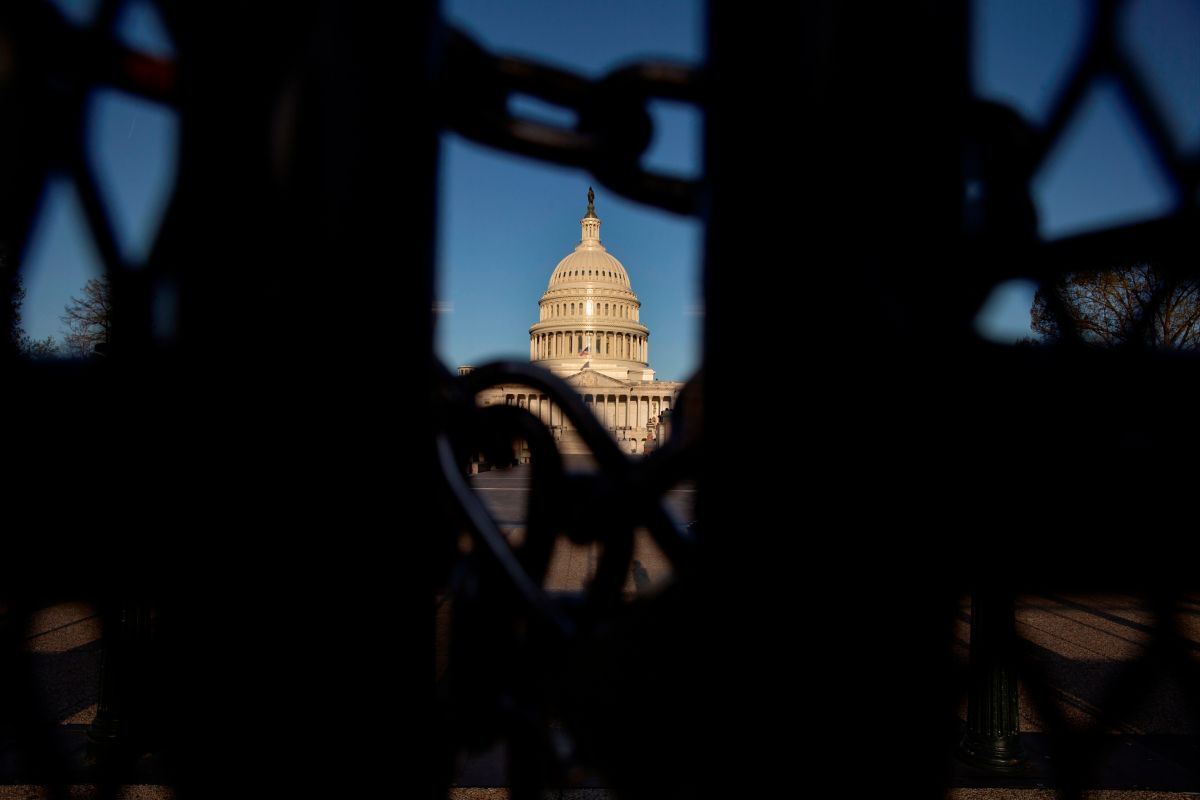 WASHINGTON – Washington This Saturday lives a new mourning after a subject ran over two policemen, one of whom died, and crashed his vehicle against a fence that protects the Capitol, less than three months after a violent assault against that building caused five deaths .

The image of the vehicle embedded against a barricade revived in the US capital the fear of January 6, when followers of former President Donald Trump stormed that complex, in an unprecedented event that has forced the establishment of a security perimeter around the Legislative since then .

Local media identified the attacker on Friday as Noah Green, a 25-year-old who in his student days played defense for the Christopher Newport University football team and who in recent years was torn between a deep religiosity and episodes of possible paranoia.

After ramming the security barrier, Green got out of the vehicle with a knife in his hand and ran to attack the two officers, for which he was shot by the uniformed officers and later died in a hospital to which he was transferred.

This Saturday, the Capitol Police Department, which did not provide new information about the investigations at the moment, expressed on Twitter its deep appreciation for the support received.

“We want to be able to respond to each of you. Please know that we appreciate your sympathy beyond words ”, published the Police, alluding to the messages of condolences received, among which stood out that of the US president, Joe Biden, and his vice president, Kamala Harris.

Previously, the Capitol Police had indicated that the family of the deceased police officer, whom they identified as William ‘Billy’ Evans, an officer with 18 years of experience, requested privacy.

In addition, he confirmed that the other officer run over – whose identity has not been revealed – “is in stable condition and without danger.”

Fallen Capitol Police officer in security incident at U.S. Capitol identified as William ‘Billy’ Evans. Officer Evans had been a member of the Capitol Police for 18 years, acting police chief said in a statement. pic.twitter.com/Z368WDSjmV

According to testimonies released this Saturday by The Washington Post, family and friends were concerned about Green’s condition.

In a statement released this Saturday and picked up by the Post, Green’s family clarified that “he was not a terrorist in any way” and indicated that he was apparently suffering from “depression and possible mental illness.”

The young man’s relatives expressed “great sympathy” for the deceased police officer and the other injured and noted that upon learning what had happened “they were as puzzled as the rest of the nation by this horrible event.”

His brother, Brendan Green, said that on Thursday, the day before the incident in Washington, Noah was seriously ill in the apartment they shared in Virginia and from which he left after sending him a text message.

“I’m sorry, but I’m going to live and be homeless. Thank you for all you have done. I admired you when you were a child. You inspired me so much, ”Noah wrote to his brother Brendan.

Relatives of the young man indicated that he blamed his problems on his former teammates and roommates, whom he pointed out of drugging him in 2019 with the psychotropic drug Xanax.

However, a teammate indicated that people viewed this version as detached from reality.

Brendan Green admitted that his brother’s mind “didn’t seem right” after visiting him in Indianapolis, where he moved after leaving Newport News and where he alleged people were breaking into his apartment.

Messages on the networks

The Fox News chain released information about the attacker’s Facebook profile, which was removed by the social network shortly after the incident following its Dangerous People and Organizations policy.

In his profile – Fox News pointed out – Noah Green published photos and videos of the rallies of the black group Nation of Islam and identified himself as “Follower of Farrakhan”, alluding to Louis Farrakhan, a figure as charismatic as he is controversial for his alleged anti-Semitism and black supremacism.

Farrakhan, who leads the African-American Muslim organization Nation of Islam, founded in 1935 by Elijah Muhammed, was regarded by Green as the “Jesus, the Messiah.”

In his Instagram account, the young man blamed the government for his problems and accused federal agencies of trying to carry out mind control experiments on him, according to local media.

I knew something was fishy…brothers in the NOI are clean shaven, definitely don’t wear braids or carry weapons…but they’re still going to try and tie #noahgreen to the NOI and blame Farrakhan because of a Facebook post 🙄 pic.twitter.com/dOhCuZ9Fwl