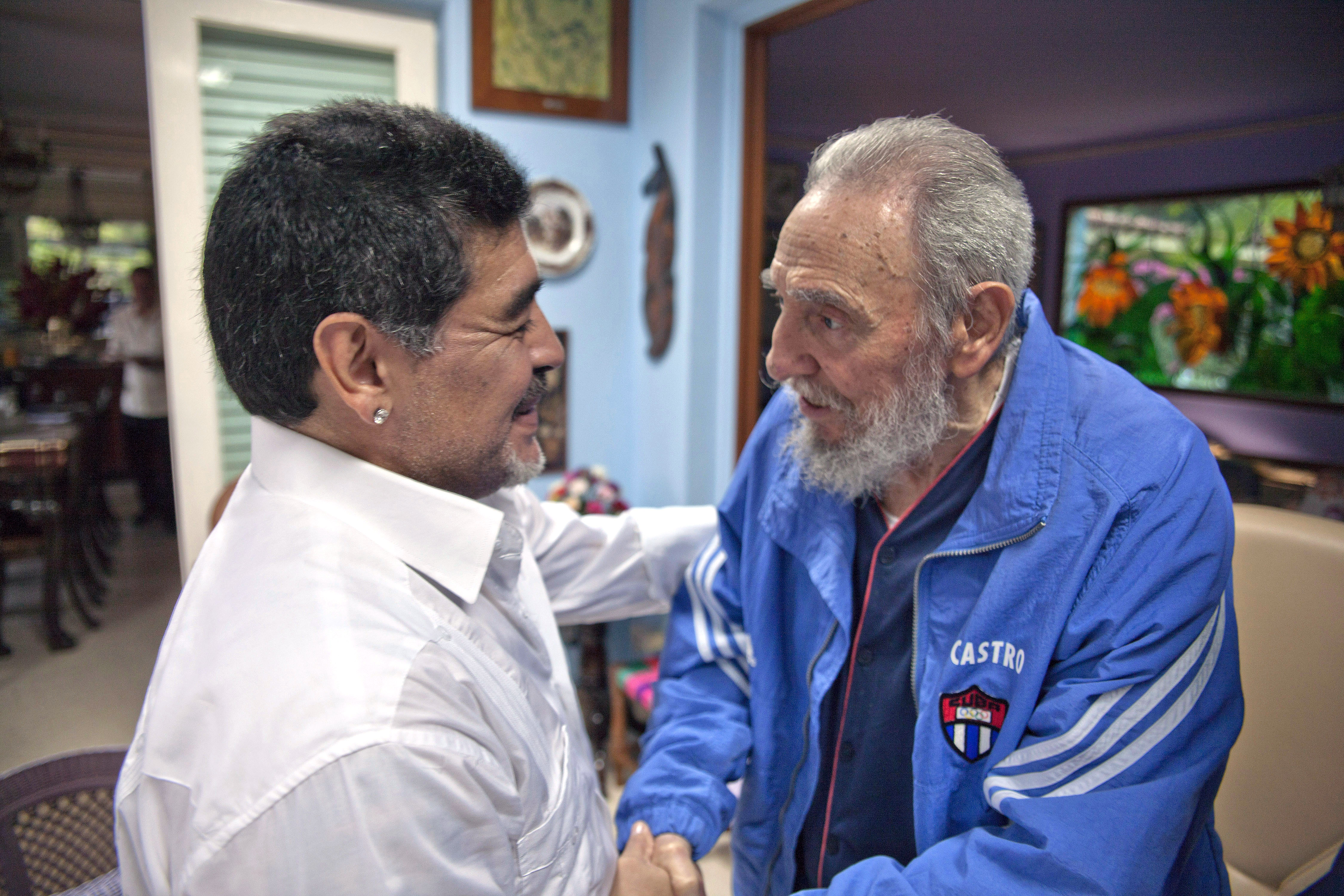 The death of a loved one causes an eruption of memories. Many millions of people remember today that that impossible man, Diego Armando Maradona, was part of their lives. And it will continue to be so. We are talking about someone who personified the mystery of football: why does a simple ball game acquire such significance? Dieguito, the “dirty face” of Villa Fiorito, eaten away by cocaine and alcohol, had been dying for so long that no one thought he could die. But he did. Wednesday at noon his heart stopped. The other, Maradona, “el 10”, “D10S”, hero of Argentina and profane divinity, had established one foot in history and another in mythology for years.

You have to take a leap towards faith to understand the phenomenon. And take into account the weight of emotion and symbolic victories in collective life. Otherwise, it would be absurd that, for the death of a footballer, the President of the Argentine Republic, Alberto Fernández, decreed three days of national mourning. And that the Casa Rosada offered for any type of ceremony. And that people, in Buenos Aires and elsewhere, would look for a place to gather to cry. Much more important things happen. The world is suffering the scourge of a pandemic. But Diego Armando Maradona has died.

The last chapter began to be written on October 30, the day he turned 60. Someone, on his Instagram account, posted a message from the idol about the “wonderful messages” that life gave him. He could barely speak or reason. Three days later a hematoma was removed from his brain. On November 11, he was transferred from the Olivos Clinic to a mansion in Nordelta, an area of ​​canals and islets north of Buenos Aires. The rented house had medical equipment and features that seemed appropriate so that Maradona, or rather poor Diego, would not continue drinking.

Diego Maradona died of acute, congestive, chronic heart failure that generated acute lung edema, according to the media in Argentina.

“It can’t be,” said President Fernández. Disbelief was the dominant feeling in the first moments. In a country without unanimous idols, Maradona was the exception. He was an idol because on June 22, 1986, at the Azteca Stadium in Mexico City, he scored the best goal of all the World Cups; because that goal was conceded by England, only four years after Argentina’s defeat in Malvinas; because his country was emerging from a dictatorship and the amazing goal convinced the Argentines that anything was possible. “You took us to the top of the world,” “thank you for having existed,” Alberto Fernández tweeted.

With that, with the supreme goal, the symbolic rematch and the World Cup, it would have been enough. However, there was more. “El Diego”, “El Pelusa”, was a boy from Villa Fiorito, a “kid” emerged from poverty and pastures, a “dirty face” that seemed to concentrate the essence of popular Argentina. He spoke in round sentences that spread rapidly and stuck in memories. He succeeded as a television presenter: he knew what the show was, and that there was no show like himself. His Peronism and his elemental, populist leftism reflected one of the great streaks that characterize Argentine society. And he played according to the dream pattern that fans attributed to the perfect footballer “of the people”: genius, cunning, wink, pleasure. Always David versus Goliath. Those virtues fit like a glove to the Neapolitan spirit, where it is mourned as much as in its city of origin.

Add to that the long spectacle of his self-destruction and chaotic family life, almost parallel to that of his sporting glory. Here an element of mystical rank intervened: his addictions and illnesses were lamented and at the same time interpreted, half in secret, as the ordeal that corresponds to a messianic being. That complex collective reasoning could be summed up in one idea: “He sacrificed himself for us.”

The transformation of the mythical footballer into myth, without more, was obvious in recent times. Maradona was a coach at Gimnasia y Esgrima de La Plata, the oldest club in Latin America and the most devoid of titles. When he could go to the stadium he did it dragging his legs and panting. It was difficult for him to hold a conversation. As a coach, he could barely fulfill the most basic functions. As a banner he more than fulfilled: he did not sit on the bench, but on a throne. A member of Gimnasia y Esgrima explained it like this: “We have Maradona and with that we are already in history; the other is less important ”.

In the coming days, precautions against the coronavirus will not be worth it. There will be the opposite of physical distance. His farewell, despite the pandemic, will inevitably be compared to the other great funeral emotions of the Argentine past: Gardel, Evita, Perón. It will be a procession full of sorrow at the Casa Rosada. Crowded and torn. Like the life of Maradona.