It is clear that today we have different possibilities when choosing a model in terms of engine configuration. There are LPG, diesel, gasoline, electric, hybrid (plug-in and non-plug-in) and even hydrogen options. Let’s see which is the best option.

Energy prices are rising non-stop. Those who depend on a car for their daily lives have to calculate and compare if they want to change cars.

In the compact segment, in particular, there is a wide variety of propulsion systems, from the classic dieselwhich here presents the at 220 dgoing through the hybrid system (not pluggable) that Toyota has been using for almost a quarter of a century and here introduces the Corollawhich is supported by a small battery that recovers energy when coasting or braking.

The efficient formula Mazda3 e-Skyactiv X It is betting on a large displacement (two liters) and a high compression similar to a diesel, instead of the usual turbo. This is intended to increase efficiency. In fact, it achieves a range of up to 677 kilometers.

We also bring here a plug-in hybrid model, such as the Peugeot 308 Hybrid 180, which allows you to cover short distances 100% electrically: in this case it was 32 km.

And finally, a pure electric car like the VW ID.3, with a 77 kWh battery, which is capable of traveling a distance of 366 km before having to plug it in again.

To find a winner and find out which type of propulsion system is most profitable, we calculated the fixed costs for four years. We can tell you that when doing the numbers we were surprised with the result.

The goal is to find out if the 308 plug-in hybrid offers the best of both worlds or just a bad compromise. What speaks in its favor is that during this test it has been able to circulate 32 kilometers with zero emissions.

Also Read  37,000 residents per square kilometer: the incredible density of Dhaka, the most crowded urban area on the planet

In addition, its hybrid mechanics is powerful and silent. Of course, having two engines, the weight rises. At 1,651 kg (only the VW ID.3 weighs more) consumption is negatively affected.

The gasoline block spends 6.2 l/100 km, when the battery is exhausted, which is not bad at all; but the energy consumption of the electric motor on the road (29 kWh) is excessive. That’s an expense for a large electric SUV like the Audi e-tron, but not for a compact.

The price is also a bit high. At 34,700 euros, it is 7,000 euros more expensive than the Mazda3. And the fact that it is ahead of the Toyota Corolla in cost per kilometer is only thanks to the government discount of 5,000 euros. Without it, it would be the second most expensive after the Mercedes Class A, with a cost of 45 cents/km.

Dashboard with easy-to-read classic round clocks, a joystick-like six-speed gearbox and a cabin stripped down to the essentials. For techies, the Mazda 3 is like a rehab clinic on the go.

Its two-liter gasoline engine is smooth and the truth is that it is not surprising for its thrust, despite having 186 horsepower and having a compressor.

The good part is that the consumption in this test has been only 5.3 liters. Taking into account that the Mazda is cheaper than the rest and that it has a lower depreciation, it is the final winner with a cost per kilometer of only 35 cents.

A lot of hard plastic, a peculiar design… Toyota has not made it easy for its customers in recent years. But, at the same time, it offers a fully reliable and cost-saving product. The Japanese are the pioneers in hybrid cars, because they have been offering this technology since the first Prius in 1997.

Also Read  'The bubble': Netflix launches a devastating satire of Hollywood blockbusters that leaves no puppet with a head

And that’s how you keep driving Corolla. Both engines (petrol and electric) work together in an exemplary manner. The curb weight is only 1,455 km, the average consumption of 4.9 liters. All very easy and simple. But because the Toyota Corolla isn’t available as a plug-in hybrid, there’s no government discount and the cost per kilometer is second worst at €0.39. 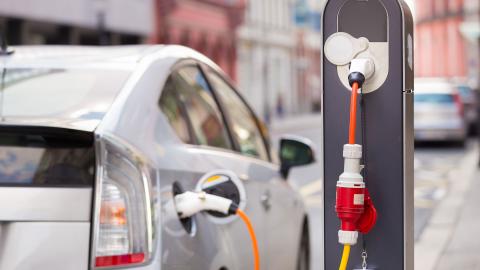 Those who have to travel long distances are the ones who should appreciate the advantages of a diesel engine (not forgetting that today’s diesel engines are much cleaner than those of yesteryear).

And, despite these good performances, in this test it has marked a consumption of only 4.2 liters, which corresponds to a range of 1,020 km. Can you think of something better and more efficient to make endless road trips?

It is true that the last one remains according to the cost per kilometer, which has been 48 euro cents, but that is due to its high purchase price, which is 42,139 euros and that we have not added any type of extra.

To give you an idea, even if it is a fictitious example, with a base price of about 34,000 euros it would have been the winner.

The great-grandson of the VW Beetle quietly enters the scene. The ID.3 wants to be the new Volkswagen Golf. Unfortunately, in terms of quality, it falls behind in direct comparison with its combustion brother.

If you travel these kilometers, you are interested in buying more diesel than a gasoline car

For its 4.26 meters in length, it offers a lot of interior space and has the largest trunk of all that we present here (385 -1267 liters). With the large 77 kWh battery of the Pro-S version and a consumption of 21 kWh per 100 kilometers, it manages to travel at least 366 kilometers.

That it is the most expensive of all, with 42,325 euros, does not have to bother us, since, being a pure electric vehicle, it benefits from a discount of 7,000 euros with the Moves Plan.

Thus, from a cost per kilometer of 48 cents it goes to 36 cents. Now VW just has to improve on quality…

Five different ways to try to be as efficient as possible. The classic diesel is the loser here, with a cost per kilometer of 48 cents, something that is due to its high purchase price.

The lack of government funding puts the classic Toyota hybrid back. The Moves Plan discounts help the 308 and the ID.3 very much. But the surprise is given by the Mazda3’s Skyactiv X gasoline engine, which wins due to how little it depreciates, because the truth is that it has the highest fuel costs of all.

This news was originally published on Autobild ES.