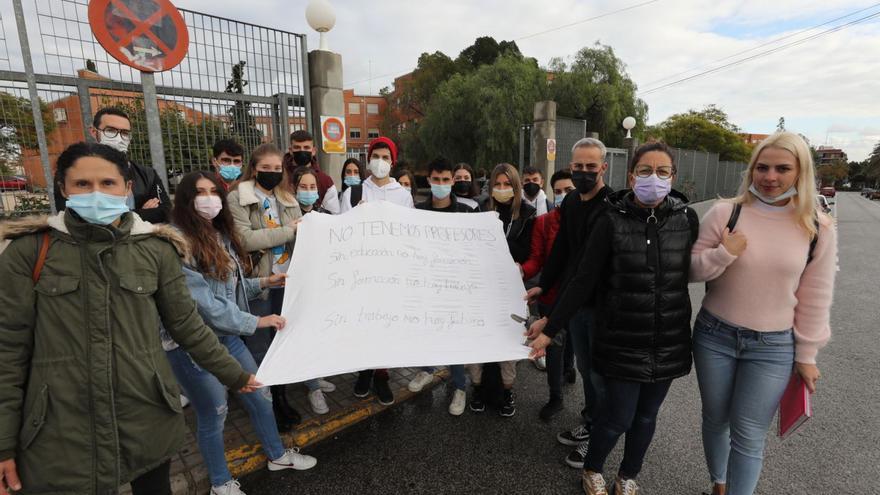 “We are in no man’s land” expresses an affected student who, in addition, assures that classes did not start like the rest, but about three weeks later.

This institute, according to those affected, has a first group of this training cycle that does function normally. However, later, it was approved to create a second group, which made room for many students who had not been able to enter the first.

The case is after two months, some 27 students of this second group assure that they are without class in at least three subjects. In three others, they do have teachers.

“There are between three and four teachers missing, and the teachers from the other group cannot give us the hours we are missing,” say the injured parties, who say that, as if that were not enough, they also lack a tutor. The Institute’s Head of Studies assures, however, that two teachers are missing and not four as those affected say. Even so, from the center they recognize that there is a problem and they assure that the Ministry of Education has informed them that they will act in the coming weeks to reverse the situation.

After bringing their case to the attention of the management of the center, also concerned about what is happening, the students are very disappointed with the organization of the teachings. The students themselves point out that the center has made their case known to the zone inspector of the Ministry of Education on several occasions, but that nothing has been achieved to date.

“Nobody tells us anything,” says a spokeswoman for the student group, who at least ask to know if these studies are going to continue or can be considered interrupted. More than anything because they are about to be evaluated in three subjects, but not in the rest of the subjects since the teachings have not been taught.

In this regard, the head of studies state that the procedure to be followed or how students will be compensated with this delay to start certain subjects is unknown. From the center they explain that this mismatch is due to the fact that due to the great demand for this training cycle the groups were expanded to two “and there have been problems.” However, from the institute they assured this Thursday that they did not know why this lack of personnel has occurred.

The students are assured from the center, where three teachers would have doubled their classes, according to the injured, that it is not an economic issue, therefore it could be a problem with the job market.

Meanwhile, students are more than tired of a solution not coming and fear that all this time invested in the training cycle will be useless.

The students usually attend two days a week from 3 to 9:30 p.m. and see how, while their classmates from the first group can follow the classes normally, they suffer this comparative injury.