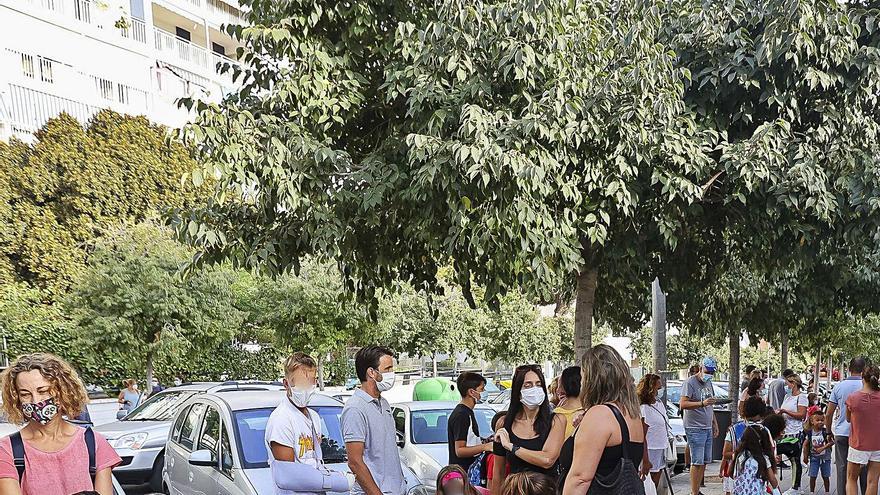 As if it were not enough with the stoppage of the Edificant program to build and fix schools in the city of Alicante, which confronts the Councilor for Education, Julia Llopis, with the Ministry of Education headed by the Minister, Vicent Marzà, the school calendar will be now adds to the “grievances” that the aforementioned mayor continues to attribute to the head of education in the Community.

This is clear from the reasons that the councilor alleges for having approved this course, with the approval of the majority of the Municipal School Council (CEM), some non-school days that are different for students from schools and institutes in Alicante, which prevents adequate family conciliation between those who have children at both educational levels.

Next Monday, October 11, the institutes will not teach but the schools will. The CEM of Alicante approved, among the three local holidays that you can choose, this October 11 to bridge the holiday of the 12th, in addition to December 7 to do the same with the bridge of December 6 and 8, and on February 25th on the occasion of Carnival.

However, for schools, only the coincidence with December 7 was approved as non-school, and the other two days chosen are June 20 and 21 (which does not affect the institutes because they end the course on June 17) «So that there is no class at Bonfires», specifies the mayor and president of the CEM, Julia Llopis.

He admits the upheaval caused to the families, but defends these dates by attacking the Minister of Education, whom he accuses of “lack of flexibility” and of “not taking into account the Alicante Bonfire Festivities” when drafting the resolution of the calendar that “does not allow to start one or two days before.”

It is the same reason adduced by the councilors who supported the municipal proposal, both in the sector of concerted education and in the public sector as far as parents’ representatives are concerned. Rafael Araujo, for the Federation School and Family of concerted centers, regrets the lack of sensitivity of the Ministry. «He did not want to negotiate or listen to the situation in Alicante with the Bonfire Festivities. This mismatch of dates is what causes such a stir, “he values.

Also from Covapa, the Confederation of parents of public centers, Sonia Terrero points out that among the different proposals the City Council was approved by a majority “because our position is the one preferred by the families previously consulted and they demand as a priority not to have class at Bonfires. It is the alternative that we see as viable even if it never rains to everyone’s liking, “he says.

Both the CC OO and STEPV unions opposed, demanding a more pedagogical balance of non-school days interspersed between the terms of the course and taking into account “that the families were not benefited by the dates chosen. They cannot plan if they have children at both educational levels and for us that is a serious mistake, “says Alfonso Terol, CC OO delegate in l’Alacantí, as was Miguel Andreu then also a school director and already retired from the task. educational.

The STEPV assures its amazement for not having unified the non-teaching dates this time as in previous years. “It seems like nonsense to me and we voted against it. Until now the meeting had always been sought to avoid a conciliation problem that is a social problem for Alicante », Ignasi Amorós emphasizes.

Also Read  Why is New York called "The Big Apple"?

The representative of the directors of Primary, Marisa Nogueroles, regrets that her proposal that included October 11 compared to June 21, due to the aforementioned unification, did not come out, but the Secondary directors supported the municipal proposal that, Llopis warns, was the result of the “prior commission with representatives of all groups.”

From the Department of Education they assure that the «Educational Inspection informed the members of the CEM that it was in favor that the calendars for Primary and Secondary should be the same to favor family conciliation, but by majority two different calendars were agreed and what they do the territorial direction is to respect the majority decision ».

However, they also warn that Alicante, like the rest of the municipalities in the Community, “in addition to the three local holidays, you can request a fourth non-school day of a recoverable nature. It is a modification of the school calendar and is authorized by the general direction of the Centers if this non-teaching day is compensated by reducing the Christmas or Easter holidays by one day, or by starting the course one day before or ending it one day later ». There were solutions, therefore.