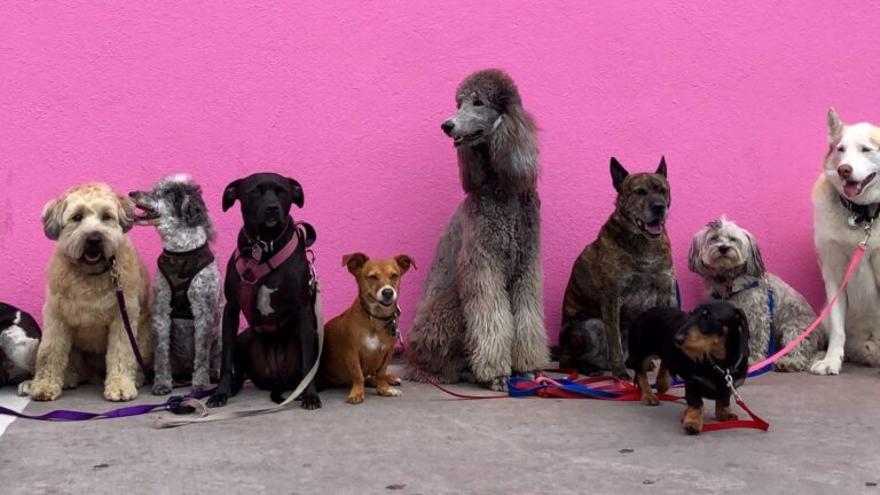 There is a large number of people in our country who have allergy to dogs. Of the 10% of the population with an allergy to animals, more than 20% have it to dogs. A situation that prevents them from enjoying their best friend.

There are treatments and antihistamines to help you cope, but now, thanks to science, your problems may be close to over.

It may interest you: What do allergists say about the Covid-19 vaccine in children with allergies?

Vaccine to end allergies to dogs?

Researchers at the Osaka Prefectural University have achieved really positive results with a compound capable of becoming a vaccine that ends allergies to dogs.

For years, science has known perfectly well that there are seven different dog allergens that cause this reaction in humans.

This group is called “Canis Familiaris Alérgenos 1 a 7” and causes 75% of the cases of allergies to dogs that exist in the world.

It is against these allergens that scientific research has been fighting for years and trying to develop compounds that are capable of stopping their action.

Now, thanks to the use of X-ray crystallography, a technology in which X-ray diffraction through a material is analyzed to identify its “crystalline” structure, the structure of the Can f protein has been determined. 1 as a whole, thus achieving residues capable of becoming good candidates for the development of a hypoallergenic vaccine.

A disease that does not stop growing

This fact, according to experts, may be due to the fact that more and more pets live among humans, while we spend much longer than before inside homes.

less ventilation, the existence of carpets or rugs that, in addition, are not vacuumed correctly, would be the reasons that would cause the persistence of pathogens at home, causing such unpleasant reactions.

This, in addition, makes it possible for us to suffer an allergic reaction without the animal in question being present, since the allergens will remain in the environment or in those objects as reservoirs.

Now, with this discovery we could put an end to the bad experiences of those who suffer from allergies to dogs at the same time as they are great lovers of animals.

The findings were published in the journal of the Federation of European Biochemical Societies.

Symptoms of allergies to dogs and other animals

Any type of allergy animals that causes difficulty breathing causes a worsening in the quality of life of those who suffer from it. And in the case of allergies to dogs and animals, it could not be less.

This reaction, in addition, is guilty of irritability, lack of concentration, sleep disturbance… a good handful of problems derived from allergies to animals.

It may interest you: Predicting your baby’s allergies is possible thanks to a new scientific method

As for the symptoms that can cause us, in addition to those mentioned, the following should be noted:

In case the exposure is constant, a chronic condition can end up developing in addition to an inflammation in the respiratory tract.

These symptoms may end up disappearing over time. And it is that, as the experts consulted point out, it has been possible to verify that, in the case of allergies to dogs in particular, and to animals in general, a continued exposure to high levels of allergens it can end up provoking a kind of immunity causing a reduction in the number and intensity of symptoms.

It may interest you: Asthma: the disease that three million people in Spain suffer from and can aggravate the coronavirus

There are several options for its diagnosis, but the most common test is the skin test known as prick-test.

In addition to this type, there are other analyzes carried out at the molecular level that determine the existence of antibodies to the allergen in question.

What animals are the ones that cause allergies?

Each and every one of the animals that come to mind can end up causing allergy, but mammals are the most common.

In addition to these three animals, rodents, rabbits and ferrets are the ones that cause the most allergic reactions in humans.

Beyond mammals, reptiles such as iguanas or lizards, because of their scales, are the ones that cause the most allergies.

Now, thanks to the vaccine discovered by the Osaka Prefectural University, an exciting future opens up for allergy sufferers who love animals.