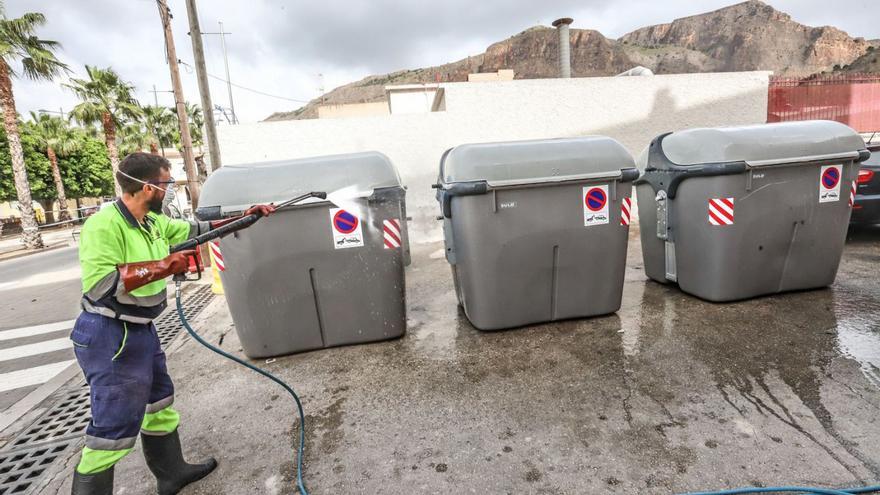 The misunderstandings and disagreements between the government team, the PP with nine councilors and Ciudadanos with five, in the Orihuela City Council are becoming more and more notorious to the point that members of the popular group have come to affirm that there is a permanent blockade and that if the local administration could advance the elections it would do so. They have even sought the support of the opposition to carry out some initiatives. An example of these difficulties is that of the management of the largest public service that a municipality has, that of garbage collection and street cleaning, an issue that also provokes numerous complaints from citizens. A survey carried out by the Consistory itself reveals that 49% of the population considers that the service currently provided, which is municipalized, is bad and 81% ask for a change in the model.

The councilman of the area, Dámaso Aparicio, affirms that he has spent five years trying to modernize what clearly has become outdated. Not surprisingly, it is being carried out based on an award inherited and designed in 2008 that has nothing to do with the reality of the municipality, which “has grown exponentially, especially in the districts and on the coast,” he says. In 2012 the PSOE, Los Verdes and CLR-Claro tripartite, in the midst of a workers’ strike, decided to rescue the service to manage it directly, although provisionally for six months, which in May will be 10 years.

“We have 24 fewer workers than then, without the possibility of creating new jobs, and in turn we assume tasks that were previously accounted for separately, such as cleaning after the markets or collecting algae,” continues the mayor, who adds that the Department RSU and Street Cleaning has invested 2 million euros in improvements, half to acquire new trucks. Still, less than a third of the fleet has been renewed. It is clear that “in all this time the service has become obsolete and deficient,” he insists. For this reason, last year it commissioned an external report on the different management formulas: direct, mixed and outsourced. Based on the study’s conclusions, according to Aparicio the solution is a joint venture; that is, with public and private collaboration, with municipal participation having more weight. This version presents “certain advantages in cases where it is necessary to undertake significant economic investments or introduce methods and techniques that the City Council cannot carry out on its own,” he maintains. “In Orihuela we have had a bad experience with a totally external company, and as it stands now it means paralyzing and collapsing the City Council by monopolizing a third of the contracts,” he explains.

In his opinion, “we know what needs to be done, but the political decision to prepare an economic and labor report is lacking”, a project that later has to be approved in plenary session, and this is where the main stumbling block lies because, as It has become commonplace, he does not have the support of his government partner. The municipalized garbage collection and street cleaning service costs the Orihuela coffers 12 million a year. At least, he calculates, to provide an adequate service, he would need at least 3.5 million more. Looking at other municipalities, spending in Torrevieja is 27.5 million and in Elche 33.

Meanwhile, he warns, it is also necessary to update to adapt to state and regional regulations, which have changed since 2008. Thus, the Department is finalizing the Local Waste Management Plan, which it hopes will be ready by the end of the month. “It will give us an x-ray of how we are and what we need.” The design of this future management will also have to be valued in plenary, which is why it requires the involvement of all political parties. Even, he concludes, he will negotiate it with the opposition.

Obsolete and with huge shortcomings, “but it can’t stand it”

Orihuela, which generates 50,000 tons of waste a year, has not updated the collection rate since the 1980s and has deficiencies in a service that is provided according to 2008 parameters. For Councilor Dámaso Aparicio, the time has come to act, and he assures that, as if it were a patient, “we have stabilized him, but he can’t take it anymore; either we revive it or it dies.

Also Read  MásMóvil acquires 98% of Euskaltel after the takeover bid