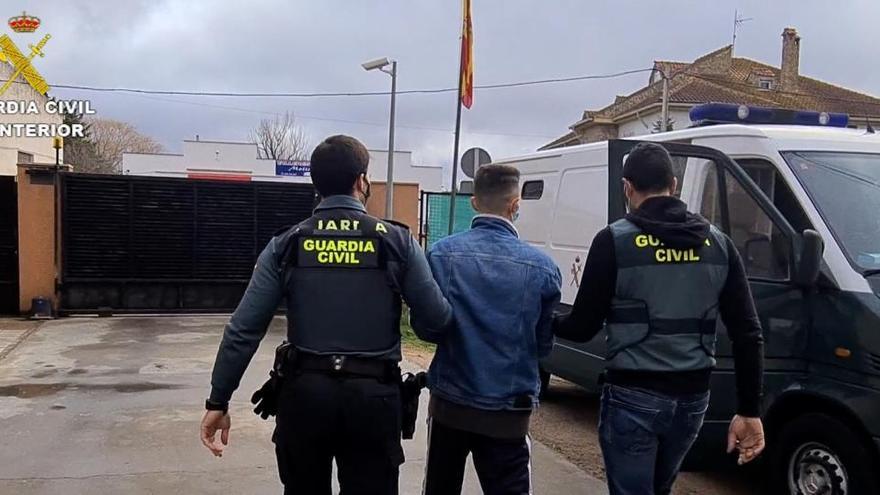 The Civil Guard has detained six people and dismantled an organization criminal responsible for hundreds of scams committed in 21 provinces related to the sale of masks and other articles, through web pages, with which he could have obtained about 100,000 euros.

The disjointed organization took advantage of the need of the population to obtain masks and other sanitary products, due to the health crisis of covid-19, to defraud individuals, municipalities, associations, companies, pharmacies and orthopedics.

The investigations of the ‘Hontecilla’ operation began last April after the complaint filed by a city council from a town in Guadalajara since he made a purchase, through a website, of 600 FPP1 masks, for an amount of about 800 euros, which he never received, as the Civil Guard explained in a statement this Monday.

The agents focused their investigations on the study of the website and mobile phone contact used by scammers and in tracking the current account provided by the perpetrators, and they came to the conclusion that it was part of a network of current accounts opened in different banking entities in different parts of the national territory.

The criminal organization was highly specialized and structured and diversified its activity to obtain money fraudulently by creating a network of current accounts in Spain using usurped or false identities.

They derived part of the money obtained to other accounts opened abroad (Germany, Lithuania, Holland and Belgium) in order to ‘launder’ it and They operated since 2019 using the provinces of Tarragona and Barcelona as their ‘base of operations’.

In fact, in three records made in the towns of Salou and Reus (Tarragona) and in San Adría del Besos (Barcelona) a large number of falsified documents of all kinds have been seized, more than 100 SIM cards, a score of next-generation mobile phones, data storage devices and a cryptocurrency management portfolio.

They have also seized fake credit cards (most of them of the so-called black, which do not have a spending limit or its limit is very high), instruments for the preparation of false documentation, 19,000 euros in cash and a high-end vehicle.

The dismantled criminal organization is responsible for 265 crimes of fraud, threats, extortion, falsification of documents, usurpation of marital status and money laundering, and the six detainees are of Moldovan nationality.

Specifically, it is responsible for 81 fraud crimes related to the purchase of masks and medical supplies committed in the provinces of Murcia, Guadalajara, Valencia, Huesca, Cádiz, Alicante, Madrid, Seville, Toledo, Vizcaya, Barcelona, ​​Jaén, Zaragoza and Huelva .

Likewise, they are charged with 17 crimes of threats and extortion in the provinces of Albacete, Vizcaya and Valladolid; one crime of money laundering, 34 crimes of usurpation of civil status and more than 50 crimes of documentary falsification.

Investigators estimate that the amount scammed by this criminal organization could be around 100,000 euros.

The operation, which has been coordinated by the Investigating Court of Molina de Aragón (Guadalajara) and carried out by agents of the Civil Guard of the Guadalajara Command, remains open and the accusation of more crimes and detainees is not ruled out based on the study of the intervened documentation.