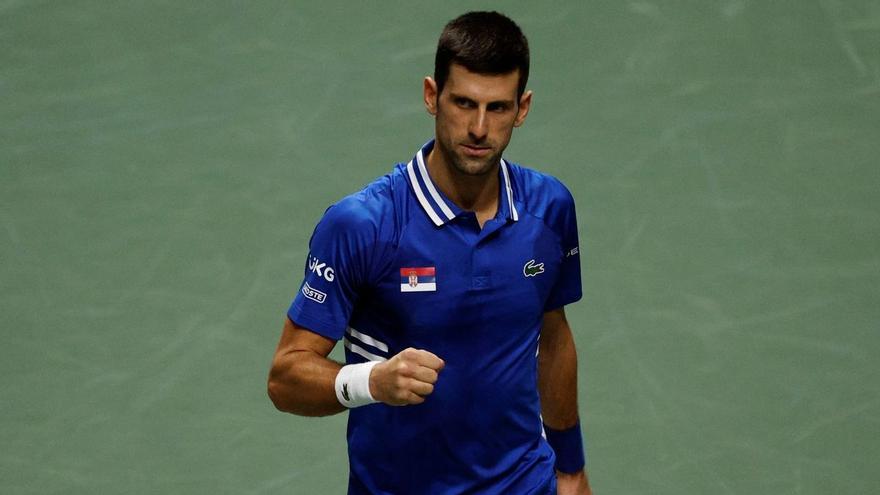 I run the immense risk that, when you read this column in the subway on the way to work or in front of a steaming coffee, the case Djokovic has taken a radical, unexpected turn, and everything has been solved or, almost certainly, worsened. In any case, this column is not about that exclusively, but about some behaviors or positions that have become visible during the conflict and that, between you and me, are quite blushing.

For example, the great capacity that we citizens of the first world have, with our usual arrogance, to go around the rest of the planet demanding what we want, how and when we have to be pleased, in favor of our ‘freedom’. Every year, millions of tourists visit jungles, deserts, forests, pyramids, rivers and glaciers for which they have previously had to go, in some cases, through the vaccination service, upon payment of a not inconsiderable amount. If you access the website of Foreign Affairs of the Government of Spain you will see an extensive document that explains how many diseases it is advisable to get vaccinated if you are going to do tourism, sports or whatever in a lot of countries, either due to yellow fever , malaria or malaria.

For example, let’s take a case: you are going to China to practice tai-chi, because the ministry recommends (it does not require, but recommends) to be vaccinated against some of these diseases if you do not want to run the risk of becoming a slave to tremendous gastrointestinal pain. The same as if you go to Nepal to meditate. The sanitary conditions and the lack of resources to guarantee good hygienic controls that the local population endure on a daily basis suggest a prick to the wealthy white Westerner so as not to end up dehydrated from so much going to the bathroom. Or, look where, if the destination is Saudi Arabia know that malaria is a real threat, (not Real). And so, a long list.

Therefore, it surprises me when I see many people who have traveled the world and have been willing to protect themselves from any virus or infection, revolt now with the issue of Covid. Even if it is for consistency, what I have done (vaccinated) as a privileged tourist from the first world willing to spend some money on tickets and hotels just to avoid getting sick should do it so as not to contribute to a global health crisis, right? I don’t know what the malaria vaccine carries either, I confess, but she is advised to do a photographic safari.

In addition, it must be added that if our health system of the welfare state has collapsed due to this historical epidemic, imagine the health structures of many countries on the planet, much more precarious, poor, lacking in everything, where they cannot afford to assume a barrage of cases because its citizens simply die with no alternative. If we go to see them, at least let’s not contribute to making their situation worse, I think. Perhaps this is why some of these countries have made it mandatory. But it is easier to think that the decision goes ‘against me’ than not ‘in favor of everyone’, so I can continue talking about freedom, understood in doing what I want, how I want and when I want without understanding that, in the Bottom line, we are all in the same boat.