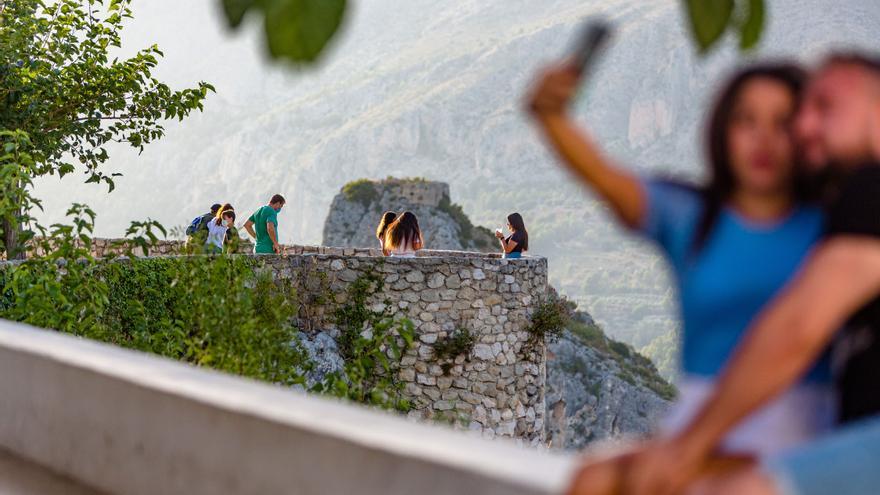 This is not the time to travel. The Rrestrictions on mobility and our own responsibility oblige us to limit our travels to what is strictly necessary. Today Ximo Puig has ruled out travel for Easter before “the very serious situation” that the Valencian Community is going through. However, it is always a good time to dream about that next trip that we will carry out as soon as possible. And as things are, better think about not going too far. The proximity tourism It was already the first option for the vast majority of Spaniards last year. This 2021 seems to be going the same way.

The tourist reservation portal Musement, echoing this trend, has made a map that highlights the 50 most popular towns of each province. For its realization, all the localities with less than 20,000 inhabitants. The criteria for placing them in one place or another on the list has been the volume of searches on Google. So, do you know which municipality has been chosen as the most popular in Alicante?

Map with the most popular towns in each province MUSEMENT

The study reflects that travelers prefer small and charming towns. In the province there are many who meet these characteristics but the one chosen has been Guadalest. A picturesque town, with barely a thousand inhabitants, undoubted tourist attractions and located in a privileged enclave. This small municipality of the province is already used to being placed in the first positions in the lists of the most beautiful towns in Spain. It was declared a historical-artistic complex in 1974 and is surrounded by nature, bordered by the Aitana, Serrella and Xortà mountains.

Image of a terrace in the center of Guadalest David Revenga

Bocairent (in Valencia) and Peniscola (in Castellón) have been the selected towns in the other provinces of the Community.

Of all the towns, the one that has accumulated the most searches on Google is Peñíscola, with an average of 74,000 monthly searches and 3,600 searches for the term “what to see in Peñíscola”. Followed by Llanes (Asturias), and Hondarribia (Guipúzcoa), are the most popular localities in terms of searches within their provinces.

The study has taken into account various types of tourists. Since the mountain lovers even those who choose cultural and gastronomic visits as the main axis of their escapades. For all of them,

Jaca (Huesca), Cervera de Pisuerga (Palencia), Albarracín (Teruel), Cazorla (Jaén) or Lerma (Burgos) are some of the destinations indicated as they combine nature and culture. Consuegra (Toledo), Trujillo (Cáceres), Cambados (Pontevedra), Haro (La Rioja) or Laguardia (Álava), among many others, have also earned their place in this particular map.