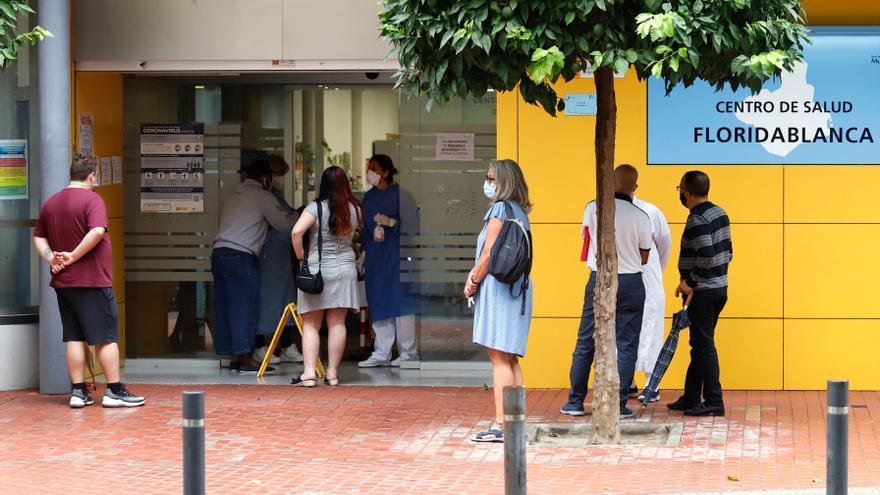 In Spain there are some 3.000 health centers and 10,000 clinics. Many fall apart. Family doctors estimate the injection they would need in the next decade for a minimum set-up at 1,250 million. In Madrid, the unions denounce the unsanitary conditions of many of these outpatient clinics where hundreds of people pass every day. patients. That is the task of the autonomous communities. Also the increase of templates that have been decimated for years. The Ministry of Health has announced that it will allocate 176 million to refloat Primary, but they will only be for the purchase of technology.

Neither the health workers nor the unions are convinced by the budgets that both the central and regional governments have planned to rescue that first health level, which suffered so much during the pandemic and that, they remember, has been involved in precariousness for years. Health will allocate 176 million to the development of the strategic framework for Primary and Community Care and 44 million to expand oral health services. It is one of the most important items in the bill for the General State Budget (PGE) for next year.

The 176 million that Health will allocate to Primary Care fall short, the family doctors denounce

“It falls short” says the doctor Salvador Tranche, president of the Spanish Society of Family and Community Medicine (semFYC), to The newspaper of Spain. Because, he explains, from the news they have, that budget item will go to the purchase of technology for health centers. An amount to which should be added a similar figure that would be contributed by all the communities and that would also be destined to provide the ambulatory Again, technological equipment, as agreed at the beginning of October when they announced the new reinforcement plan that they want to have completed before the end of 2021.

In 2019, before the outbreak of the pandemic, the semFYC made its own accounts on what money Primary Care needed to maintain a minimum. According to data from scientific society After the budgetary evolution of the last decade, it would be necessary to invest 2,800 million euros to increase the Primary Care staff over the next 4 years, which means increasing the current budget by 25%. To match the European Union, Spain needs between 6,000 and 7,000 family doctors, recalls Dr. Tranche.

But, he adds, there are other sections that are not broken down in that joint action plan signed between Health and the communities and that, he insists, is initially focused on the acquisition of technological equipments for outpatients. It is up to the regions to take care of both investing in the increase in workforce and in conditioning and tidying up many of the 3,000 health centers that dot the Spanish geography and that, remember health workers and unions, in many populations they fall apart. “This is where everything becomes more opaque: what does each one put on?”, Says Salvador Tranche.

From the semFYC, its president returns to the calculations made by the society he presides over in pre-pandemic times: only to renovate, clean up or build new health centers in Spain would be necessary 1,250 million investment euros in the next ten years. The announced Health Department, he insists, does not include anything related to current expenses, maintenance or personnel. In fact, remember, in turn, each community has already announced that it will have its own reinforcement strategies.

MadridFor example, it presumes that its budget for Primary, of 200 million in the next two years, exceeds that of the ministry itself. On Castile and Leon They have also advanced that 175 million euros will be allocated to this level of care. Most of the economic items include the hiring of personnel and, in some cases, that of Madrid, contemplate the construction of new outpatient clinics.

“When we talk about equipment, there are many health centers that have become obsolete. You need the buildings to be decent, to allow you to work. There are outpatient clinics where, for a doctor to enter a consultation, the one inside has to leave. to make an investment or build new ones. There are centers that are not even maintained. Nor are they painted. It has been seen in the pandemic. There were some where you could not even put a double circuit – for patients with or without covid – because space did not allow it. ”

That Primary Care (PC) is at a minimum is a message that has been heard for some time one of each. Almost like a mantra. The pandemic has uncovered, even more, all the shortcomings of that first level that was more stressed than ever. “She has been precarious for ten years, dying and supported by the professionalism, the rigor, resilience and sacrifice capacity of the group of medical, nursing, other health and administrative professionals that are part of it “, they assure from the semFYC.

In Madrid, the five organizations that make up Sectorial Table of Health (SATSE, CC.OO., AMYTS, CSIT and UGT) have shown the frontal rejection of the improvement plan of Primary Care presented by the Ministry of Health a few days ago: 200 million in two years. They consider that it is an “anecdotal” figure and on the table they put the amount of more than 1,175 million euros to reach 25% considered the optimal budget.

In the case of templates, they agree that it is necessary, in one or two years, to increase the current ones by more than 2,500 professionals and another 1,500 more in the next 3-5 years. It is the way to compensate for non-replacement jobs or retirements.

But if there is a game that they consider to stay especially short is the one destined to modernize the infrastructures: 8,652,791 euros in two years. A figure that they consider “insufficient” to undertake the urgent reforms in many outpatient clinics that, they criticize, are in unsanitary spaces.

They are especially critical of the fact that, for the construction of new centers, the Counseling ensures that there are available 30 million euros in execution and another 62 million in process for contracting. They ensure that most of the outpatient clinics under construction, and a part of those that are pending hiringThey have been announced for years and even decades in previous plans, without, in the end, having been carried out.