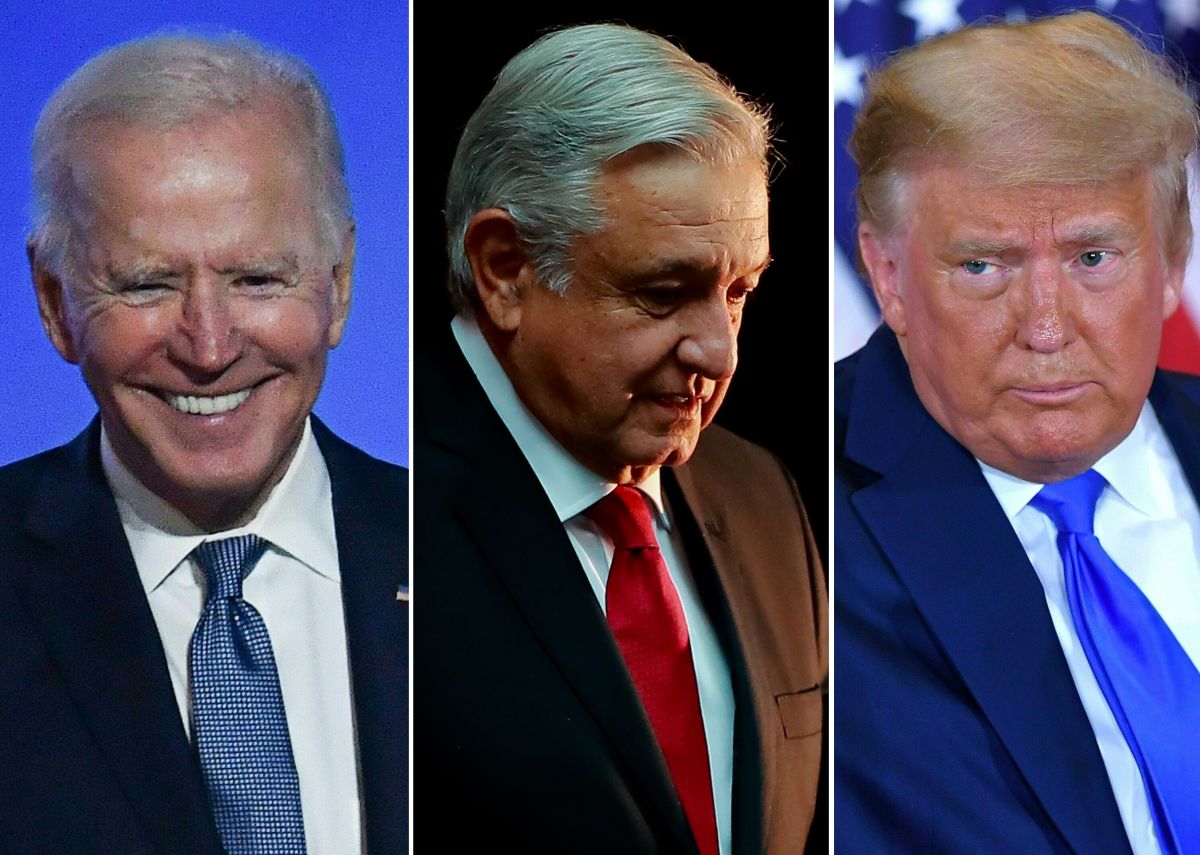 Under the argument that the winner of the elections in the United States has not been “made official”, the Mexican president Andrés Manuel López Obrador he refrained from congratulating the president-elect Joe Biden, unleashing divisions within his government and criticism from his opponents.

Although the president affirms that his position is based on the Mexican Constitution on the “self-determination of the peoples”, it is not necessarily an “impartial” action, but rather a strategy whose consequences are not yet measurable, but they can be guessed before the forward position of members of the Hispanic Caucus in the US Congress, whose leaders have criticized López Obrador, seeing support for the president Donald Trump and their claims – so far without strong evidence – of electoral fraud.

AMLO’s defenders believe he is doing the right thing. He remains firm, but in his team there are voices that are not so sure that it is the best decision, although they must publicly defend itAccording to sources consulted by this medium, who spoke on condition of anonymity, because they are not authorized to reveal the details of the exchange of messages.

On November 7, in fact, the Mexican government tried to explain its leader’s position to President-elect Biden, with whom he wanted to speak that weekend, but his officials were informed that the Democrat would receive calls from world leaders until the 9th. That happened, indeed, but only from leaders who had already congratulated him on Twitter or communications. Neither AMLO nor his people were able to speak to the president-elect.

A source from the Democratic campaign confirmed to this newspaper that Members of the López Obrador government communicated since October 29, in a series of emails that continued until after November 9. The first messages were with the intention of building bridges prior to the November 3 election and the following ones for an eventual “crisis control”, due to López Obrador’s position.

Everything seemed ready for the Mexican president on November 4 to congratulate Biden on his advance in the vote count. “I was waiting for the results,” confirmed the source based on the statements of the Mexican government, but then the democrat only had 253 electoral votes.

The morning of November 7, The Associated Press, which since 1848 has officially disclosed the winner of the electoral contest – as marked by the unwritten tradition of American politics – confirmed that Biden was president-elect. The other media replicated the call, because the data came from official counts, that is, from the Electoral Boards. It is not that the news agency decided on its own to name a winner, as stated by President Trump, who refused to acknowledge the triumph of his opponent, defending the position he took on the night of November 3, when – without official data – he had declared himself the winner.

That Saturday, Mexican government officials contacted the Democrat’s campaign, wanting to speak with him. The answer was overwhelming: “The president-elect will not receive calls from leaders, until Monday”. The Mexicans wanted to give an explanation of the position that President López Obrador had taken.

The chancellor Marcelo Ebrard he had been bombarded by press requests about Mexico’s position, after dozens of leaders, including several of the most powerful nations, had already congratulated the Democrat. That Saturday, the head of Mexican foreign policy only said that López Obrador would give a position during his trip to Tabasco, devastated by the rains. “We want to wait for the issue of the election in the United States to be legally resolved,” said AMLO. Someone did not explain to him – or he did not want to understand – what the electoral process is like in the United States.

A source from the SRE confirmed that Secretary Ebrard and other officials, including Ambassador Martha BárcenaThey had contacted the Biden campaign. Mexicans needed to do a crisis control.

The president-elect’s team confirmed to this newspaper that Biden knows what happened and, until now, has not given it much importance, busy in the obstacles of President Trump for the transition of government and the appointment of his Cabinet.

Although the Mexican Government is confident that there will be no further problems, by defending the “excellent” relationship they have with Democratic congressional leaders, including the Speaker of the House, Nancy Pelosi (California), seem unaware the influence that the Hispanic Caucus can have, whose leaders, including Joaquin Castro (Texas) and Jesús “Chuy” García (Illinois), have criticized López Obrador’s position.

The Mexican government source tried to justify the position of its president.

“The bridges have been built … it is a position of the Mexican ideology”, said. He was insisted on the differences between the Mexican and American electoral processes. He acknowledged that they are aware of this, but unofficially said that it is expected that there will be “concession from President Trump” and those who support him, such as the leader of the Senate, Mitch McConnell (Kentucky).

Columnists The New York Times Y The Washington Post They have pointed out the possible consequences for López Obrador if he decides to “turn his back on Trump” by recognizing Biden as the new president, stating that there could be a furious reaction to some policy pulled up his sleeve against Mexicans.

They also explain that it was possible that the Mexican leader saw himself in a mirror before Trump’s claims of electoral fraud without, again, taking into account the differences in the electoral processes in both countries.

Officially, the transition team declined to talk about the conflict, but the source of Biden’s campaign acknowledged that they observe the next steps on the position of the Mexican president.

So far it is clear that López Obrador has the right to take whatever position he wants on foreign policy, but he must also assume that there are consequences for the treatment he offers the incoming leader of his main commercial and political partner.