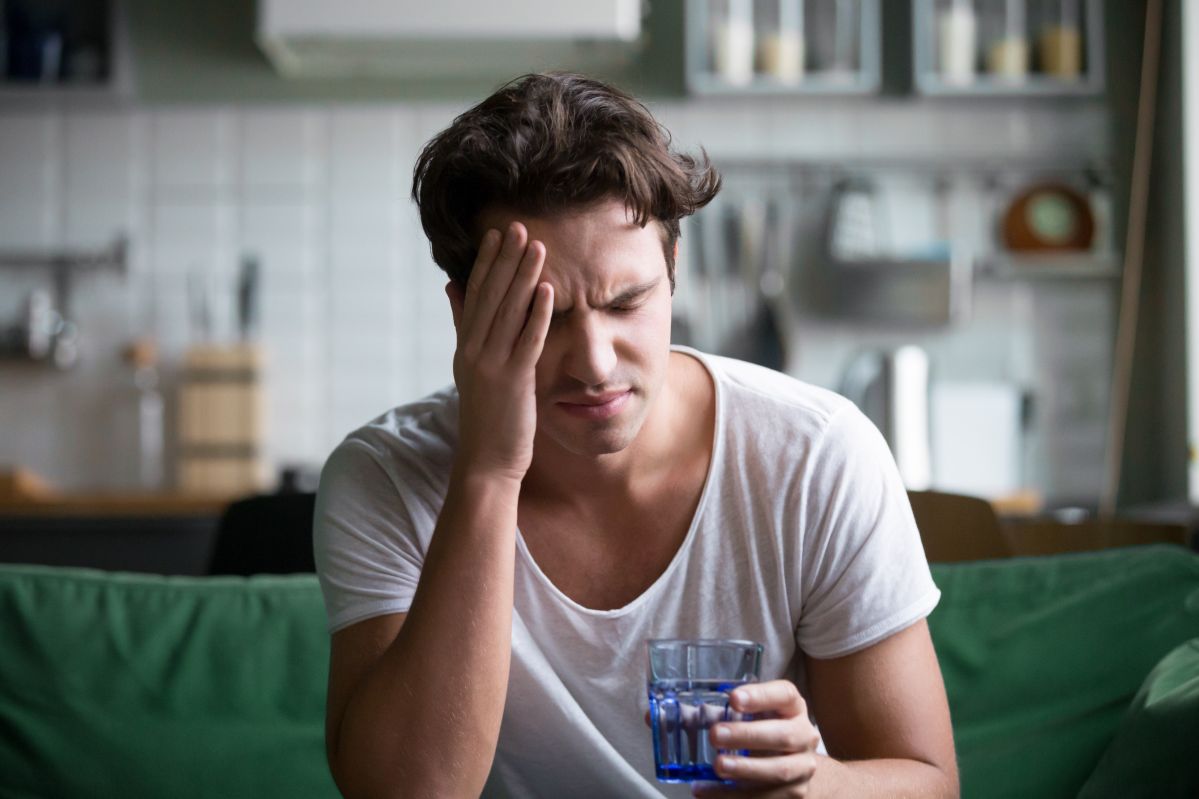 All the fun of a drinking night, is usually paid the next day with undeniable hangover symptoms. So it is not uncommon to wake up dehydrated, with a severe headache, nausea, and vomiting, these terrible hangovers are often related to mixing alcoholic beverages. In fact it is one of the most popular beliefs around alcohol consumption over time, however does not mean that it is necessarily true and that is why we invite you to discover what science says about it.

There is hardly a better description of the hangover than William Hickey´s, written in 1768: My first memory was waking up in a strange, gloomy-looking room, my head about to explode, different pains of a violent nature in each limb, and a deadly stomach disease. At that time I do not believe in the world that there was a creature more miserable than me.

The truth is that on some occasion we have all had a drink and we have felt that feeling, the worst of all is that we know that no one Who to blame of our current agony, except ourselves. And because of such so aggressive effects in the organism, we cling to whatever explanation we givereduce guilt having drunk excessively: I didn’t eat enough; I have not slept well; Shouldn’t have combined beer and tequila. This last justification being one of the most common and one that has survived the most over the years, especially since we are young and we are experimenting.

However Is this a convenient excuse or can it be based on scientific fact? The first thing we have to tell you is that sadly, they exist few scientific references on the hangover mechanism. It is still unknown, for example, whether physical and psychological symptoms typical of a hangover are caused by direct effects of alcohol in the body or its aftermath. Does alcohol cause hangover or its absence? Here is what is known so far.

It has a research work made in the year 2008, in which some are confirmed interesting details around the hangover. In principle they emphasize the following; the alcoholic hangover develops when blood alcohol concentration (BAC) returns to zero and is characterized by a feeling of general distress which can last more than 24 hours. It understands a variety of symptoms that include drowsiness, concentration problems, dry mouthdizziness gastrointestinal upset, sweating, sickness, hyperexcitability and anxiety. Therefore feeling that you are going to die after a night of partying, is due to the absence of alcohol in the body.

The reality is that for various medical and scientific specialistss, hangover is an intriguing topic as it is unknown why these symptoms are present after alcohol and its metabolites they are eliminated from the body. It also has numerous scientific articles that talk about the acute effects of alcohol consumption and in a way it is believed that the researchers they have neglected a bit the hangover study as such.

What is known is that there are two elements that can affect the severity of a hangover: the top of the alcohol content of the drink and how fast it is drunk. That is, the higher the alcoholic percentage of a drink, combined with a great speed when drinking: worse is hangover.

Complementary to this, there is scientific knowledge that indicates that the best way to avoid a hangover is simpler than we think and is not to drink too much, according to the Dr. Andrew Stolbach:, toxicologist and emergency physician in the Hospital Johns Hopkins de Baltimore. Additionally, this renowned specialist has declared that there is no scientific evidence to point out that mix different types of alcohol makes you more likely to have a hangover.

In fact the studies that are in charge of examine hangover prevalence rates vary in their conclusions. In most of those that are based on the consumption of a specific type of alcohol (beer, vodka, and whiskey), subjects tend to report worst hangovers after drinking these varieties of alcohol that stand out for containing higher comparisons of compounds derived from fermentation called: like-minded people. These substances are more common in dark spirits such as whiskey, brandy and red wine, which in light liquors such as vodka, gin and white wine.

By way of conclusion we can say that scientists still have a lot of work to do in this field, especially to determine how and to what extent a type of alcohol leads to worse hangovers than another. What we can say for sure is that they exist many aggravating factors that create hangovers, which makes it also a variable condition.

There is a very popular phrase that says: The man blames the hangover on everything except what he drank, which makes perfect congruence with the only scientific reference real hangover; the amount we drink. Therefore as in everything, balance is the key good management of alcohol consumption and one of the better health measures. Remember that excess alcohol is a central nervous system depressant, intoxicates important organs such as the liver and kidneys, affects cognitive functioning and the state of mind.