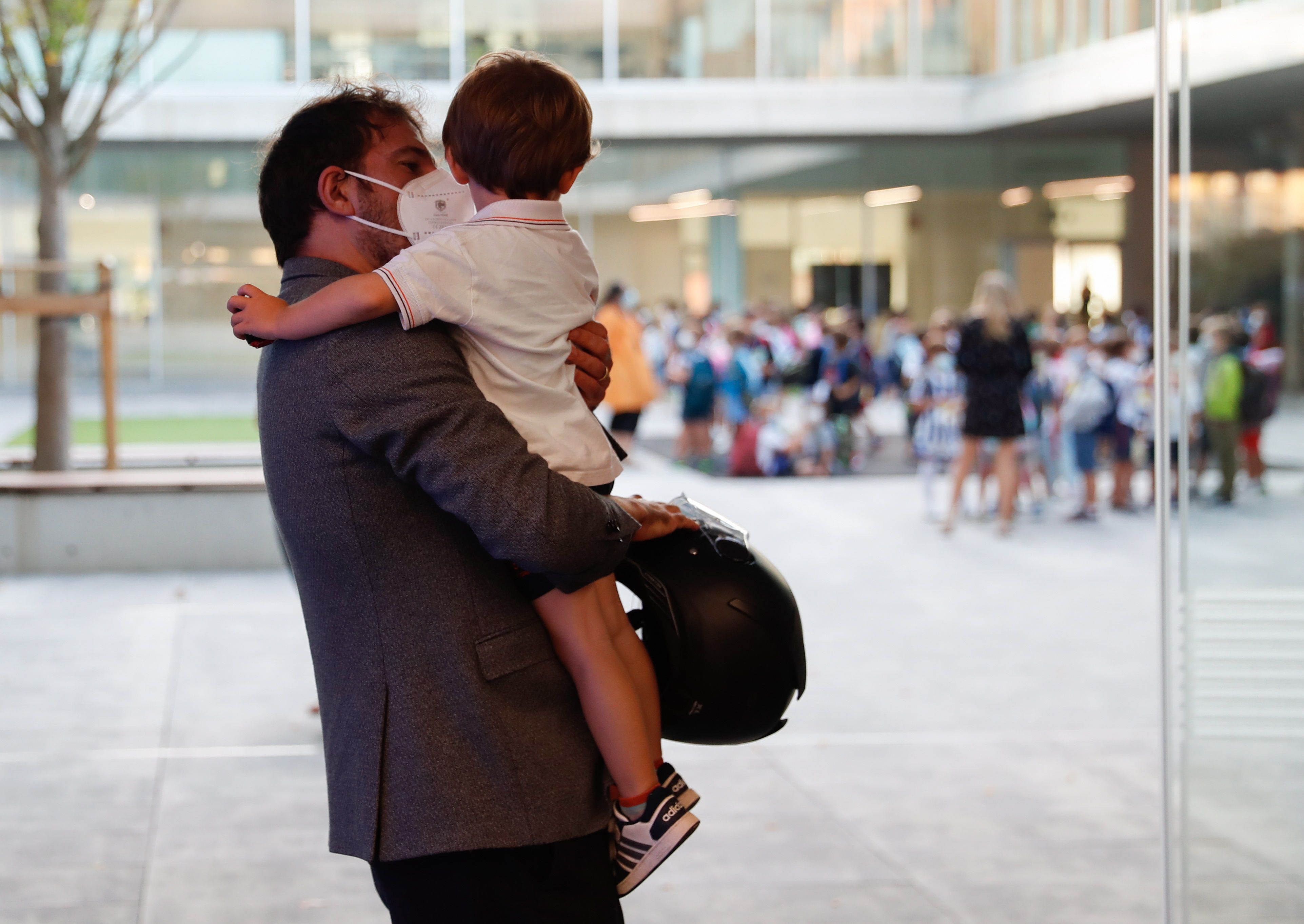 The first days of September are synonymous with the beginning of school classes after more than two months of summer holidays. Resuming the routine can be tough and difficult for children, especially the little ones. After spending the summer with their parents and having a very different dynamic from the academic year, some little ones They have a really bad time on those transitional days. One of the most frequent questions that mothers and fathers ask ourselves when we leave our children the first days of school is the following: is it normal for my son to cry when I take him to school in his first days? Let’s start at the end. Yes, it is completely normal. What’s more, we can say that it is the healthiest thing you can do, since you are expressing your sadness, fear and disagreement at having to stay in the Nursery School when, in reality, you want to be with your parents, something to which you have been accustomed in the last weeks.

In order to understand what happens in the first days of class, I always explain a well-known investigation that he carried out Mary Ainsworth several decades ago called the strange situation. In this study, carried out in a laboratory, a child of approximately one year, with his mother, accesses a laboratory room with various toys. After a few minutes of groping, a strange person enters the room. It is interesting to observe how the little one reacts when the stranger enters the room. Some children cling to their mother, while others continue to play with the toys as if nothing was happening. At a certain point, the mother leaves the room, leaving the child alone with the person.

How will the minor react to the stranger? How do you think your child would react to this situation? After a few minutes the mother returns to the living room. The interesting thing is to see how the child receives his mother: Does he allow himself to be soothed by her? How long does it take for the mother to calm her child? How long does it take for the child to separate from his mother to play again? I have just briefly described what the basic process of the strange situation looks like. Don’t you think it has a lot to do with the first days of class?

Now let’s see how parents and children usually react to the changes I have described in the strange situation based on the type of attachment they have. Parents with secure attachment, who make up approximately 60% of the population, tend to respond to the needs presented by their children in a sensitive, respectful and predictable way. Children who have securely attached parents learn to trust themselves and their abilities, since their parents are capable of protecting them in situations in which they feel fear or danger, while on the other hand, they promote their autonomy and exploratory character. As Mary Ainsworth herself said, secure attachment is the flexible balance between protection and autonomy.

Now, what happens to those children who have parents with one of the three types of insecure attachment? Parents with avoidant attachment tend to show an indifferent and insensitive attitude and behavior towards the needs of their children. That is why in the strange situation, the avoidant child is more interested in the toys in the room than in his own mother. They tend to reinforce the material aspects more than the emotional ones. If we extrapolate this to the first of school, they minimize or do not give importance to the child’s crying and their fears. In addition, they do not give them explanations or sensitive responses to their demands. This way of behaving will make tomorrow our children have serious difficulties to connect with others and have superficial relationships.

For this reason it is so important that we show ourselves interested in the emotional world of our children and connect with their fears, joys and moments of injustice. What characterizes ambivalent parents is their inconsistency and lack of regularity, since they do not have a clear and stable pattern of action. These parents can be sensitive at times, while in other situations they are disconnected from the needs of their children and can even become aggressive in the face of their demands. This highly variable way of acting causes in their children a constant feeling of insecurity, anxiety and ambivalence. Since ambivalently attached parents sometimes respond sensitively to the needs of their children and sometimes do not, this causes a kind of “intermittent reinforcement” that, like slot machines, causes the child to show more dependent and physically close to your attachment figure. The ambivalently attached child in the strange situation is seldom separated from his mother to go to play, since he has a great fear that his mother will leave when he gets lost. As in ambivalent attachment there is an exaggerated activation of attachment, in avoidant attachment it is minimized or cooled. We can say that avoidant attachment manifests great difficulty for emotional connection with others, while ambivalent attachment manifests an excessive fear of disconnection from its main reference figure.

In disorganized attachment, there is a significant disconnection between the parents and the child due to the fear that the parents have or the fear they provoke in the child. In this type of attachment there is a “double bind”, since the person who is called to protect and meet the needs of the minor is the same person who causes fear and insecurity. This can be explained cerebrally as follows: when the child feels fear, his emotional brain tends to his mother / father to be protected as we have inherited during thousands of years of evolution. However, this drive, developed over many years, finds that its main caregiver is a source of terror and helplessness. His survival brain propels him in the opposite direction: flee from your caretaker as he hurts you. For this reason, disorganized attachment is known as “double bind”, since the child tends to his caregiver, but, at the same time, he needs to flee from him because of the damage and fear that it causes him. Difficult dilemma to solve, right? The consequences of disorganized attachment, present in 5-10% of the child population, involve behavioral problems, difficulties in regulating emotions, relationship problems, dissociation, etc.

In conclusion, if your young child cries the first few days you leave him at Nursery School or at school, don’t worry; Besides being normal, it is also healthy and adaptive. Here are some guidelines or ideas that may be useful for these first days of schooling:

Much encouragement to all the families, boys and girls who are leaving a long summer behind these days to face the challenge of returning to the classroom. Whatever its adaptation, keep in mind that it will be a learning process for your children (and also for you).

* Rafa Guerrero is a psychologist and doctor of Education. Director of Darwin Psychologists. Author of the books “The 4 brains of Arantxa” (2021) and “The child and adolescent brain” (2021).