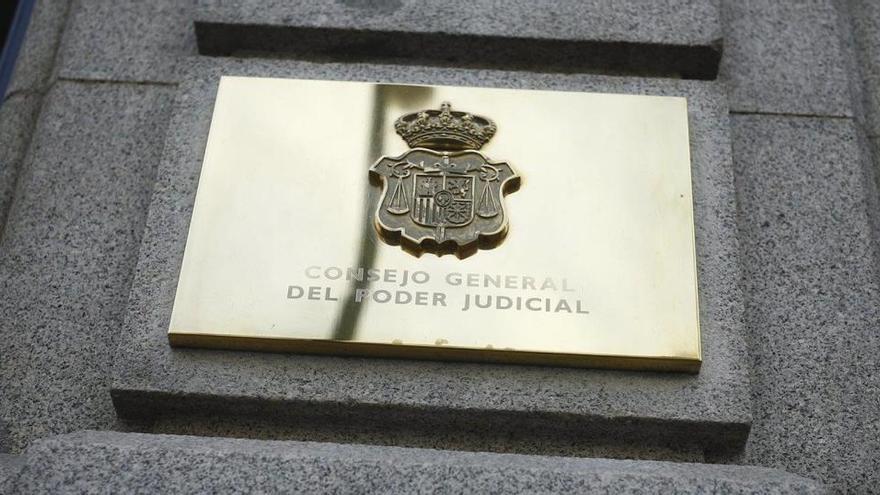 The last to speak were the four prosecutors from the Criminal Chamber of the Supreme Court who brought the public prosecution in the case of the process and they have just released a letter regarding the eventual granting of pardon to the condemned.

The debate is open without those sentenced having requested grace measures or showing a willingness to contrition. On the contrary, they have reiterated, with determination, some more than others, that they will do it again.

Back in prison, after having savored freedom thanks to the munificence of those who shortened terms that, later, the judges of the High Court adjusted to the tenor of the rulings, their loudspeakers chanted the bet for revenge, as an inducer of the judicial actions .

Starting from the basis that we are all equal before the law, unless political agreements establish otherwise, the coincidence of the lack of repentance with the repetition in offending goes beyond the legal field, encamps in the political field and leaves no other argument for its concession that the rudiment of the immediate convenience, which is liable to have consequences that are difficult to assess.

The constants are maintained on both banks. The convicts, their defenders and those who share the secessionist certainties, do not get off that they are political prisoners, persecuted for defending an idea, and those who have evaded the action of justice, politicians in exile.

As a unit of act, they ratify the legitimacy of their conduct, they continue without acknowledging their guilt and, as a result, they do not accept any pardon, they maintain that Spain is not a democracy and the courts are not independent, impartial, nor do they meet democratic criteria.

The judiciary has the obligation to protect the State from those who threaten its territorial integrity and independence. In its writing, the Public Ministry reaffirms that it was “an unprecedented lack of democratic loyalty”, with a deliberate and planned attack, “on the essential core of the democratic State, represented by its Constitution, national sovereignty, unity territorial and respect for the laws as backbone principles of the constitutional State ”.

Inside and outside of Spain the reproaches to the Spanish justice extend, from the model of election of the State Attorney General to the politicization of the system, passing through the absence of ‘objective criteria’, ‘evaluation requirements’ and a lack of “transparency” in the election of the presidents of Provincial Courts, Autonomous Superior Courts of Justice (TSJ), National Court and Supreme Court.

The parties that support the multi-colored government are not sparing criticism of the judges ‘rulings and prosecutors’ actions and have not withdrawn the reform project of the General Council of the Judiciary (CGPJ), the governing body of the judiciary, changing the election formula the establishment of majorities, which has outraged the judges’ associations and alerted the European Union, which is very sensitive to the separation of powers and judicial independence.

It would be interesting to explain the strategy of the Popular Party consisting of continuing to block the renewal of the expired CGPJ, based on the demand to exclude a political group with popular representation.

On the external plane, the Spanish judicial biosphere bears the thick reproach of an infected black legend, as evidenced by the tortuous path followed by activated, suspended, reactivated euro orders without a single one of those related to the process.

Prosecutors insist that, being a sedition, it is even more serious because certain components of the crime of rebellion concur. And within a critical condescension with the sentence, they do not get off the certainty, exhibited in the Salesas and ratified in its first public and choral demonstration.

The conclusion: full sentences, with no possibility of any pardons, even if they are politicians elected by the citizens. According to the Public Prosecutor’s Office, “disloyal rulers” who tried to break the Constitution and “corrupt” who used public funds to commit their criminal acts.

For their defenses, nothing that was done was illegal and they ask: Is demonstrating, speaking in Parliament or taking the ballot boxes to the streets, the highest expression of democracy, illegal? And they complete the argument with other considerations: the penal code applied dates back 200 years (when sedition was violence yes or yes), any court in Europe would have freed those political prisoners and the conviction should be overturned by the Strasbourg Human Rights Court.

Since time immemorial, the maxim “Do justice, even if the world perishes” (Let justice, and the world perish) means that a fair decision must be made at any cost, in terms of practical consequences. Justice, subordinate to the welfare of all citizens and social peace.

This aphorism is still used to illustrate that sometimes justice can backfire and is no longer justice. Also, to establish that true justice is above the letter of the law, without its being annulled, and it serves as the basis of the right of grace and remission of penalties for good behavior, in order to reinsert the offender.

After the war of succession, Felipe V, although he accepted to swear the Catalan Constitutions, granted a pardon and royal pardon to Rafael de Casanova and to most of the political leaders opposed to his cause. This is how the highest representative of the Catalan Government ended his days in freedom, practicing as a lawyer.

If it was done then after a very cruel civil war, achieving normality and coexistence among Spaniards, it would be possible to think about doing it again, as long as there was repentance and one refuses to repeat what has led us to where we are. Someone could say that claiming royal graces now, after becoming monarchy, seems at least incongruous and an insult to intelligence.

But if we accept that there is a public interest, essential for the granting of the pardon, such as achieving social peace in Catalonia, we would have to arbitrate grace measures, at the proposal of the Minister of Justice, after deliberation by the Council of Ministers and with the signature del Rey, knowing that it is thorny when the secessionists have imposed an exclusionary regime against the will of the supporters of the unity of Spain.

The pardon could help to change this state of affairs, as long as the culprits acknowledge their mistake, agree not to do it again and abandon a defiant attitude towards more than half of the Catalans and the rest of the Spanish.

Otherwise, the concession does not fit, as it understands, with an incontrovertible reasoning, the Prosecutor’s Office for which to empty a judicial decision of the highest Spanish court of content, would be an irresponsible act of the Government, since “it is not a planned measure to satisfy conjunctural political interests “, which can be used every time one disagrees with the meaning of a sentence and” in the face of the pure convenience of a global political situation.

The answer to the question that leads this brooding is a yes to forgiveness, which serves to guarantee coexistence and social peace, conditional on contrition and renunciation. Without humiliation, without being tinged with ideological insecurity or tactical forgetfulness and, even less, the abdication of a courageous diagnosis and an invulnerable therapy.