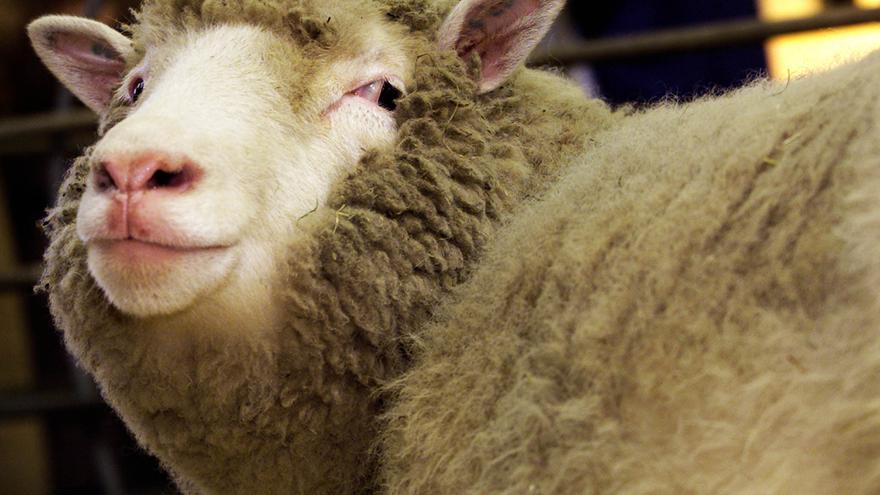 Since the cloning of Dolly the sheep 25 years ago, few things have advanced as fast and as fast as our knowledge of biology, a field that has developed two tools –cloning and gene editing– that have revolutionized scientific research and that, in fact, have been recognized with the Nobel Prize in Medicine.

The famous sheep was born on July 5, 1996 and was the first mammal cloned from adult cells thanks to a technique devised by Ian Wilmut and his colleagues at the Roslin Institute in Edinburgh. The cloning of Dolly (who naturally gave birth to a calf in 1998 and died in 2003) was the starting signal for a scientific revolution that opened up endless opportunities for regenerative medicine, biology and agriculture.

“The birth of Dolly was a fundamental milestone in biology, one of the most important of the 20th century, because it reminded us of the possibility – hitherto risky but never proven – that cells are plastic and can be reprogrammed and that, starting from an adult cell of a muscle, the brain or a kidney, it is possible that its nucleus repeats each and every one of the steps of embryonic development “, explained in an interview with EFE the researcher of the Center National of Biotechnology of the CSIC (Spain), Lluis Montoliu.

In 2012, the Swedish Academy of Science awarded the Nobel Prize in Medina to Britain’s John Gurdon, for laying the foundations for cloning with amphibians in the 1960s, and to Japan’s Shinya Yamanaka for discovering that mature cells can be reprogram to become pluripotent (and emulate stem cells).

“Curiously, the Academy forgot about Dolly but the discoveries of Gurdon and Yamanaka gave rise to a new discipline: regenerative medicine that allows develop cell groups and even tissues that can be replaced to repair organs affected, “said Montoliu.

And although the birth of Dolly unleashed the worst fears about human cloning, the truth is that, although academically it was a revolution, its clinical use is still far from being a reality because, “in practice, it is a very complicated process“He warned.” It has neither been cloned nor I think it will ever be done because, regardless of ethical boundaries, the efficiency of this technique is still very poor. In fact, 21 years passed between the birth of Dolly and the cloning of a few macaques, because the technique has an efficiency of about 1 percent, something unthinkable and ethically unacceptable in people. ”

And although the technique has been used to clone some extinct animals -especially ungulates-, recovering disappeared species is difficult, because to reconstruct the ovum you have to use genetic material from a closely related species, and that “is a great limitation.”

In this years nor has it been possible to use the technique to make organs “à la carte” because scientists still do not know how to slow down the ability of cells to maintain indefinite division (a process that causes tumors). “Getting it will take a while because its complexity is important,” he said.

The other great revolution in biological research was gene editing, a technology that was born from the discovery of the Spanish microbiologist Francis Mojica and that, after being developed by scientists Emmanuelle Charpentier and Jennifer Doudna, became the CRISPR-Cas9 tool, which gave to these two researchers the 2020 Nobel Prize in Medicine.

The gene editing has become one of the most important revolutions in history for biology and medicine. The method has allowed scientists to change the DNA of animals, plants and microorganisms with great precision, which has contributed to the development of new therapies, has opened the possibility of curing hereditary diseases in the future and will help improve crops to achieve plants. more resistant to droughts and pests.

But despite its innumerable advantages, genome editing hides a danger: use it for human enhancement; and that has happened.

In 2018, after breaking all possible laws and ethical codes, the Chinese scientist He Juankui announced that he had used the technique CRISPR / Cas9 in human embryos to give them the “natural ability” to resist HIV. He was sentenced to three years in prison for his experiment, but the three girls who were born in the process “will have to be medically watched for the rest of their days – they and their descendants, if they have them – because, to this day, the genetic editing still has uncertainties, “Montoliu warned.

In the case of these girls, it is not even a possibility, it is a certainty, because before implanting the embryos in the pregnant women, He did a biopsy and found that he had not succeeded in inactivating the gene linked to HIV to make them resistant to AIDS. He went ahead knowing that the experiment had not gone well, “denounced Montoliu.

He crossed all possible red linesBut is it possible to prevent it from happening again? Various international institutions such as the World Health Organization (WHO) or UNESCO are collecting information to turn it into a series of recommendations that can be transposed into national legal systems.

“That is also what we try from ARRIGE (Association for Responsible Research and Innovation in Genome Editing), the association that I preside over and that promotes the responsible use of genetic editing techniques,” concluded Montoliu. ARRIGE’s goal is to promote global governance of genome editing and create a safe and ethical international framework for this technology to prevent such experiments from happening again.