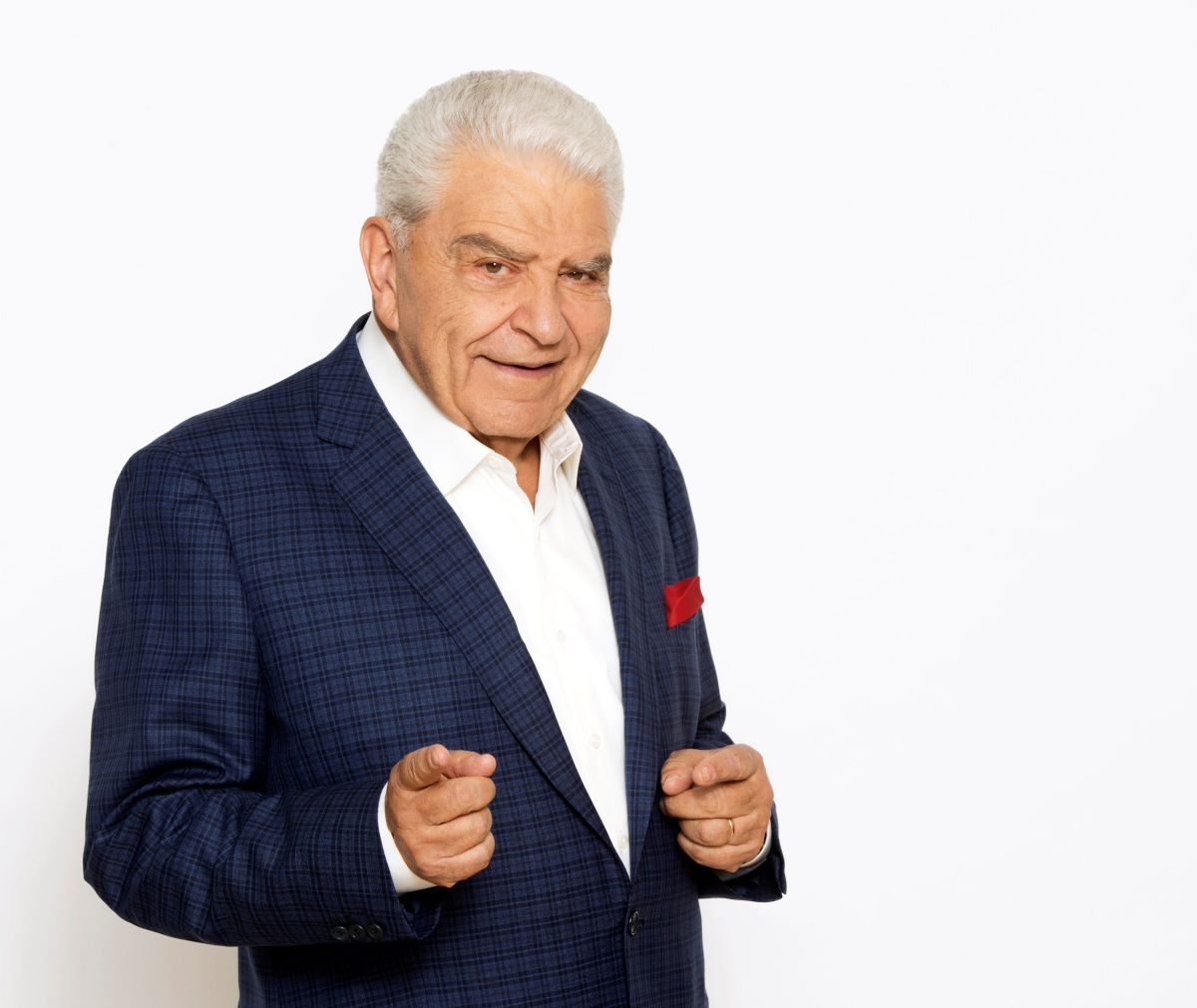 Mario Kreutzberger, the popular Don Francisco who hosted the variety show “Sábado Gigante” for more than 50 years, He feels that he has fulfilled his mission to “inform, entertain,” as he said in an interview with Efe in the wake of his autobiographical book “With a desire to live,” which he will present at the Miami Book Fair.

“I feel great satisfaction to have fulfilled the mission of a driver, which is to entertain, to inform. That is the best payment, to be remembered as a good person. And I have felt from the people that I have met, “confessed the presenter, who in 2015 lowered the curtain on” Giant Saturday “, the longest-running variety show in the history of television according to Guinness World Records.

Seven years later, people continue to recognize him just by hearing him speak and stop him on the street thanks to a program that during its 53 years of existence represented “the talent of many people” and that from its beginnings in black and white knew how to adapt to “new technologies and concepts”.

“I left at the exact moment, about six years later television had a very high slump”, The Chilean, who is about to turn 81, delved into the changes in the television industry, which at that time was beginning to lose ground to streaming platforms.

Thus ended a television project that, at the same time as satisfactions, meant “a very great family sacrifice”, especially after the decision to export the program to the United States, where it debuted in 1986 from Miami (Florida). and that led to a period in which the presenter had to travel each week between Chile and the United States.

As his wife, Teresa Muchnik, with whom he is about to celebrate 60 years of marriage, made him see, In more than half a century of broadcasts, he only stopped doing the show once: when his mother, Anna Blumenfeld, passed away.

The end of the long-lived television space did not mean that it will leave the screens and it is that it then made the leap to the Hispanic network Telemundo, And since February of this year she has been presenting the interview space “Reflections with Don Francisco” on CNN en Español.

As he said previously, the program on the cable channel was the result of a personal process that was marked by the eight decades that it completed last year and in the midst of confinement due to the covid-19 pandemic.

“I had never been in my house like I was, seven months without leaving“Said the Chilean, who took advantage of that moment to start writing his memoir “Wanting to live”, published by Penguin Random House and that, although he has already written books such as his autobiography “Between the Sword and Tv (2001)”, this year’s is the one that allows him to go to the Miami Book Fair for the first time as an author.

Up to about six hours a day of writing and research that revealed to him, even with documentary evidence, the entry of his father, Erich Kreutzberger, into the Buchenwald concentration camp after the so-called Night of Broken Glass, which took place in Nazi Germany on November 9, 1938, with systematic attacks on Jews and their businesses.

The confinement of his father in that concentration camp, one of the largest of the Nazi regime and in which it is estimated that more than 56,000 people died, It was a revelation for him, who always thought his father was in Bergen-Belsen.

Once released, Erich Kreutzberger undertook a long journey fleeing the Europe of the Second World War until he settled in Chile, where shortly after his son Mario would be born.

Little Mario was predestined to follow in his father’s footsteps in textile manufacturing and at the age of 19 he traveled to New York to become a technical modeller, but there he discovered television, “a kind of radio that could be seen and heard.” The device that would be the axis of his life.

Ready to give the microphone of the Telethon

With more than 160 countries visited through Sábado Gigante’s “The Traveling Camera” segment, some of which are no longer on the world map, and countless interviews with world leaders, personalities and actors like Anthony Quinn (“He gave me one of the best interviews of my life”), Mario Kreutzberger is also remembered by the Telethon.

After 43 years of having founded and served as presenter of that television charity event that began in Chile and then has been replicated in several countries, including the United States, Don Francisco feels that the time has come to hand over the microphone to “another person with new ideas.”

He pointed out that this year’s Chilean edition, which will be held in the next December 3 and 4, will possibly be the last in which he will participate in front of cameras, because “the new generations have to take over.”

Keep reading:
Telemundo and Univision let them go, but María Celeste and Don Francisco return with “Domingos de Gigantes” for CNN en Español
Don Francisco sells his house in Miami Beach for almost $ 24 million dollars and they will demolish it