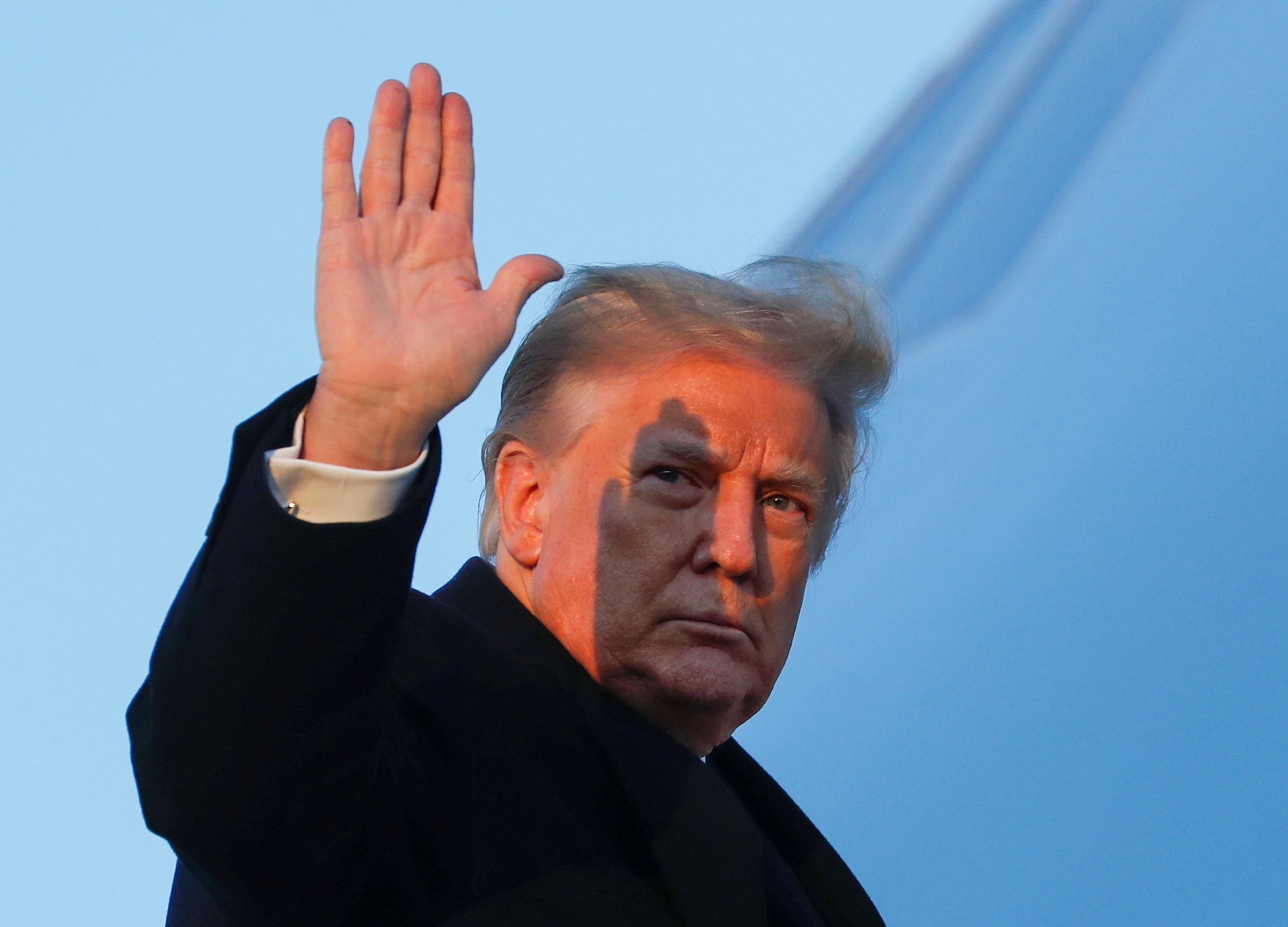 Fantasizing about an illustrious European lineage, or directly manufacturing it, is a frequent hobby among Americans from which the current outgoing president does not escape. When real estate mogul Donald Trump set out to build a golf resort in Aberdeen, Scotland, where his mother, born MacLeod, is rooted in 2008, someone from the Trump Organization designed a shield to depict the boss’s lineage. Three chevrons, two stars and a double-headed eagle holding two golf balls, all of which are touched by a warrior’s helmet on which a lion flies a flag. The legend chosen for the blazon would have to be revealing to understand the last blows in the power of the businessman who chose it as his personal motto: “You’ll never be granted.” Never give up.

Donald Trump faces the destiny he always wanted to avoid: that of the loser. Marked by a despotic father who divided the world between winners and losers, Trump is reluctant to enter that second group to which the polls condemned him on November 3. Unable to assimilate that not even his status as the most powerful person in the world will be able to free him from leaving the White House on January 20 with the stigma of a loser, the president has spent weeks clinging to any hint of illusion, listening only to sycophants , conspiracy or cheeky, in their fantasy of reversing the outcome of the elections or, at least, of fabricating a convincing argument that a second term was stolen.

Increasingly alone, practically isolated, his surprise outbursts in public life are limited to outbursts that wreak havoc at a critical moment for the country, such as his threat to boycott the economic bailout approved by Congress or his veto of the Defense funding, as well as exercises in despotism in the form of a succession of pardons to his allies, which defy the conventions of presidential clemency.

Here’s what the White House press agenda read on December 24: “As the holiday season approaches, President Trump will continue to work tirelessly for the American people. His schedule includes numerous meetings and calls ”. In roman paladino: nothing. The country faces the worst scourge of the pandemic, hospitals on the brink of collapse, more than 200,000 infections and 3,000 deaths every day. But the president has not attended a meeting of the coronavirus task force for weeks. Not a single public intervention, not a mention of the crisis in their tweets of the last ten days, beyond a message stating that they do not want confinements and another, after the start of the vaccination campaign, celebrating that the world “will soon see the great miracle of what the Trump Administration has achieved. ” For the rest, his Twitter profile is a delirious and obsessive succession of videos and texts spreading lies about a massive electoral fraud of which no judge has found convincing evidence.

The oval office has hosted unusual meetings these days, attended by radical individuals promoters of dangerous conspiracy theories to whom the president has come to offer positions in the Government. Meetings in which a rebellion in Congress has been debated and even the application of martial law to deploy the Army in search of the fantasy of electoral fraud.

On Friday the 18th the president met with Sidney Powell, the lawyer who was fired a few weeks ago from his legal team because he himself considered that his theories that Hugo Chávez, who died in 2013, was behind the electoral fraud were too crazy. He summoned her to the White House to discuss the possibility of appointing her special counsel to investigate her allegations of fraud. The meeting, according to sources from The Wall Street Journal, was also attended by lawyers Rudy Giuliani and Pat Cipollone, Chief of Staff Mark Meadows, and former National Security Councilor Michael Flynn, pardoned in November by Trump. There was talk of the possibility of deploying the Army to assist the president in his crusade.

A few days earlier, in a meeting with Ken Cuccinelli, number two of the Department of Homeland Security, the president inquired about the possibility of apprehending the voting machines as part of his effort to find electoral fraud. Last Sunday, Trump’s team again filed a new appeal to the Supreme Court regarding three cases it lost in the Pennsylvania courts. The Supreme Court has already rejected his appeals twice.

In his environment, the fact that the president already only listens to those who tell him the things he wants to hear is worrying. There are hardly any people left who can expose the uncomfortable truths to him. Trump, according to The New York Times, complains that Vice President Mike Pence, who has hitherto verged on servility, is not doing more to defend him. And he does not hide his anger with Mitch McConnell, the leader of the Republican majority in the Senate who, after weeks of deafening silence, ended up acknowledging the victory of Joe Biden.

On Capitol Hill, more out of dignity than the real probability that it will prosper, Republican leaders debate how to neutralize an eventual rebellion that Trump is trying to promote among the most loyal legislators on January 6, the date that Congress must comply. the process of counting the votes of the Electoral College. Trump’s clash with his party creates understandable anxiety among Republicans, facing the elections in Georgia that will be decided on January 5 by the majority in the Senate and, in the longer term, facing the future of the conservative party. According to a poll released Wednesday by the Huffington Post, in the event of a disagreement between Trump and Republicans in Congress, 52% of the party’s voters say they would support Trump and only 15% say they would side with lawmakers.