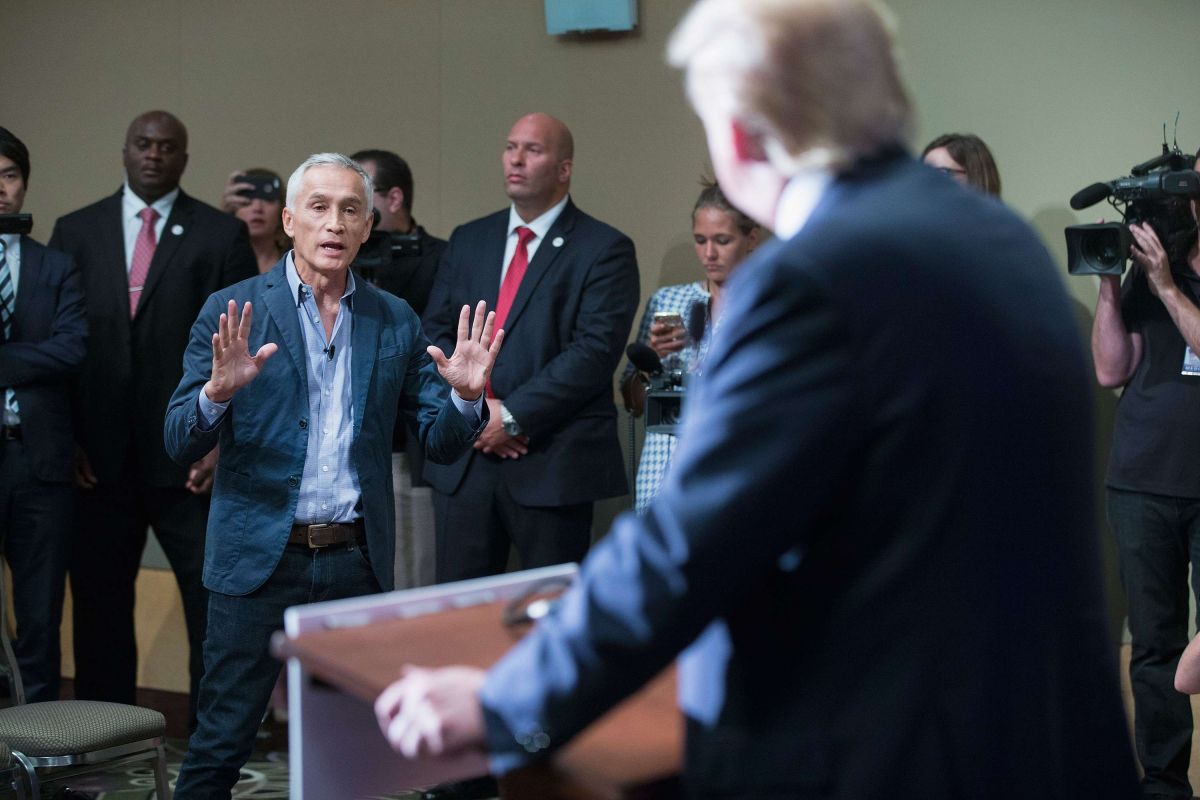 Jorge Ramos journalist for Univision questioned the former president Donald Trump if at last he lost the election. The meeting occurred after the communicator was in South Texas to hear more about the governor’s plans. Greg Abbott for immigration and the border wall, a place where Trump He was invited to give his opinion on the wall that he himself promoted during his campaign in 2016.

Real America with Jorge Ramos was in South Texas to hear more about Gov. Greg Abbott’s plans for immigration and a border wall. To support those plans, he invited former president Donald Trump for a look. Here is what both said regarding the border wall and the election. pic.twitter.com/HXwKG7yb1k

– “Are you willing to accept that you lost the last presidential election?” Jorge Ramos asked.
– “We won the election,” said Trump.
– “No, you lost the electoral college, when are you going to recognize it?” Ramos insisted.

The moment of the meeting was shared by Ramos on his social networks and already has thousands of reproductions.

Trump insists that the border wall is necessary and attacks Mexico

In that same conference Donald Trump assured that the United States is “sick” on the border with Mexico, which at this moment is, in his opinion, “the most dangerous in the history of the country.”

“We have a sick country in many aspects: it is sick in the elections and it is sick on the border,” complained the former president, who today traveled to the state of Texas to visit the border with the neighboring country with Republican Governor Greg Abbott.

The tycoon criticized the situation on the border with Mexico under the administration of the Democrat, Joe Biden, who has reversed the network of immigration decisions approved by Trump.

“The border has never been like this,” lamented Trump, who boasted of having left in his mandate “the best border that there has ever been” in a round table attended by former officials of his administration and local leaders led by Abbott.

Trump complained about the actions of the Democrats against that work and defended the border wall that he promised to build during his term and of which 500 miles (about 804.6 kilometers) were erected.

The Republican leader also defended the “great job” his government did in reducing immigration “to a point where people just didn’t get in, unless they did it legally.”

And he criticized that now there is “a really dangerous open border, more dangerous than ever in the history of our country.”

· VIDEO: Fight in a Mexican food restaurant; Policewoman beats subject and knocks out lady
· VIDEO: They describe as “Karen” an old nosy woman who invaded property to reprimand children
· VIDEO: Racists call Hispanic “frijolero” and ask him to return to Mexico in Escondido, California
· VIDEO: “Damn Mexicans, who the hell is going to believe them”, racist women in California
VIDEO: Latino family raises $ 12,000 for 89-year-old grandpa who works delivering pizzas to pay bills