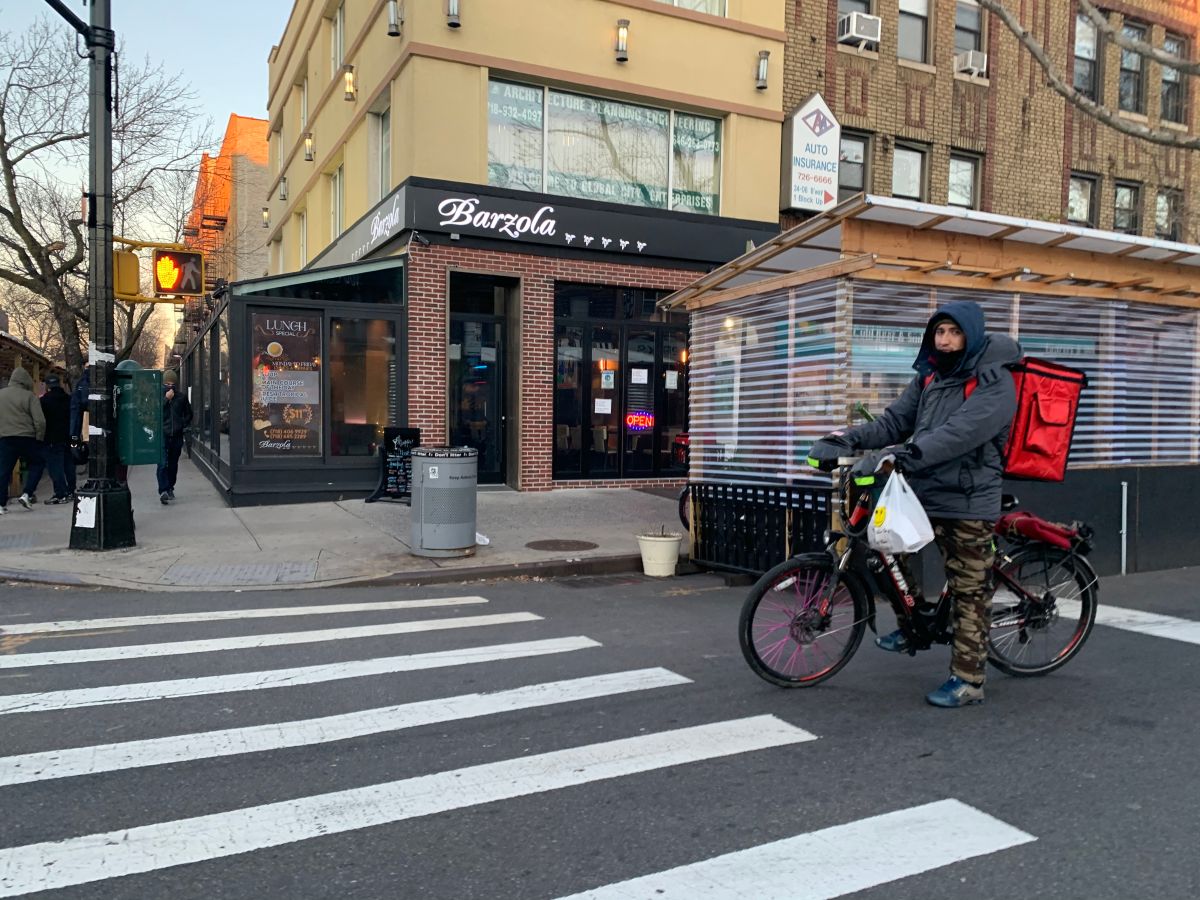 There are many complaints and claims that food delivery people have in New York City, who make their living in the middle of the COVID-19 pandemic, but there is especially one, which seems like a basic right of common sense, which is not respected. The workers of the industry of the “deliveries” claim that the vast majority of restaurants they go to pick up food orders for delivery, through applications, do not allow them to use the bathroom when they need it.

And just when that labor union has begun to organize in the Big Apple to demand as a group, with the support of political leaders of the city, that their work be dignified with protection laws, including access to restaurant bathrooms, a of the companies they serve manifested.

DoorDash, one of the largest applications from across the country, with which thousands of delivery men work in New York, most of them immigrants, announced that it will offer some concessions to delivery men.

Through its blog, the company assured on Wednesday that it will promote that delivery men be allowed access to restrooms in restaurants, while mentioning that they will promote new security measures and direct delivery of bicycle equipment. They will also offer two weeks of free electric bike rental, with a $ 100 deposit.

The app highlighted that of the 4,141 restaurants in the Big Apple that they serve, they have already managed to get about 200 to give the green light to the use of bathrooms.

By Dash It added that it will begin to implement the creation of an emergency assistance button for delivery people, free reflective equipment for those workers who use electric bikes or motorcycles, and discounted safety equipment from the DoorDash store, such as holders for phones and helmets.

Despite your comments, By Dash He did not refer to another of the courier claims, not only in New York but nationally, which has to do with the payment of wages and the treatment of his couriers as employees and not as independent contractors, as is currently the case.

The lack of this type of labor figure prevents the companies that handle the food delivery applications, to which others such as Uber Eats, Seamless, Grubhub y Postmates, among others, have basic obligations with the “deliveries” such as overtime payments, paid sick leave, minimum wage, and compensation for damages related to the exercise of their work.

Hermelindo Luján, who has worked as a delivery boy in Manhattan for 5 years, mentioned that DoorDash’s intentions are “a mere beginning,” but cautioned that they should put the table higher and offer wages and employment benefits.

“I cannot thank you about that, because it is the least that these companies can do, trying to ask the restaurants that give them money to lend us the bathrooms and give us some helmets are basic things,” said the young Mexican. “I believe that the true sign of commitment to us is a job offer that is based on the rights of workers, because we do a job, not just the same as any other, but much more risky.”

Ligia Guallpa, director of Worker Justice Project He assured that at the end of the day what will prevail are the laws that the City and the State can promote to give true protections to the “deliveristas”, as they are called in the group that is organizing.

“We know that at the end of the day, if it is not with a law, that is not going to happen, that is why we demand that the Municipal Council take a quick step to pass laws that protect our delivery workers, not only on the use of bathrooms, but on salaries, protections, better conditions and respect for their work ”, said the activist.

Councilor Ydanis Rodríguez, who has held conversations with DoorDash, supported that the company is expressing itself directly about the basic needs of the delivery people, but stressed that there must be a step further, with complex proposals that integrate initiatives to improve the conditions of the workers in terms of safety, protection and living wages.